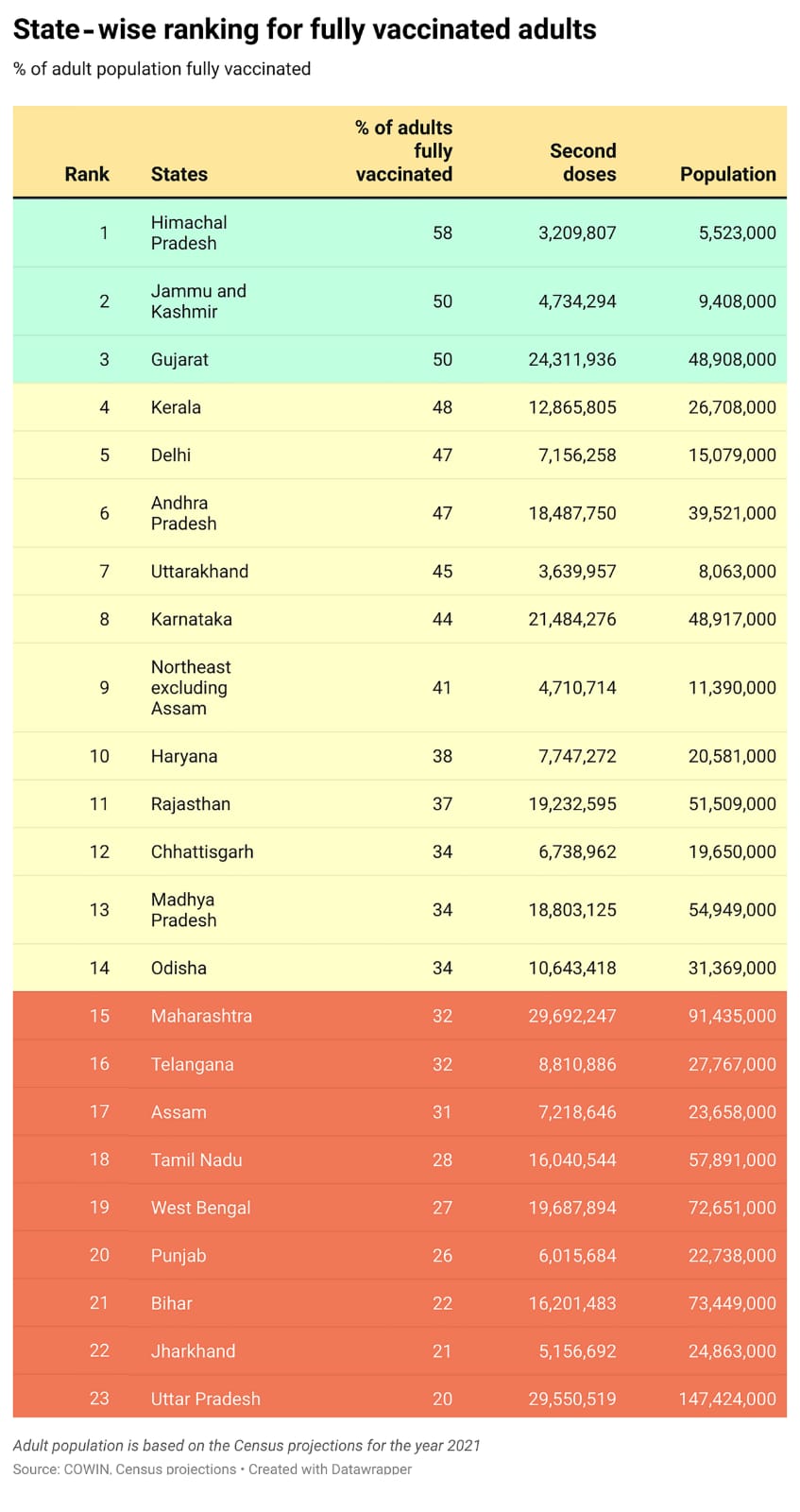 The Gateway Pundit previously reported that COVID cases plummeted in India thanks to new rules that promote Ivermectin and hydroxychloroquine to its massive population.

The 33 districts in Uttar Pradesh, India have now become free from COVID-19 government announced last month. The recovery rate has increased up to 98.7% proving the effectiveness of IVERMECTIN as part of the “Uttar Pradesh Covid Control Model.” Of course, the media won’t mention that Ivermectin is being used for the treatment of COVID-19.

So what could the United States be doing wrong? Let’s ask Dr. Fauci.

Last August, the government of UP issued a notification to have Ivermectin (12 mg) tablets. The Dialogue reported:

“The government notification reads, “Doctors are advising to take ivermectin 12 mg to contain the impact of pandemic. This medicine is quite effective in protecting from covid-19. Therefore, we appeal each and every citizen to have this tablet.”

The notification then goes on to explain the dosage: For positive patients isolated at home (one tablet per day for three days and for primary and secondary contacts (one tablet each on the first and 7th day).”

Uttar Pradesh is the leading state in India to use Ivermectin as early and preventatively in all family contacts. And this state has one of the five lowest COVID cases of all states in India despite having only a low vaccination rate.

Only about 20% of adults in Uttar Pradesh are fully vaccinated and only about 32 million got their second dose out of 241 million people. Uttar Pradesh has the lowest vaccine coverage as of now in all states in India.

Despite having the lowest vaccination rate, at least 71 out of 75 districts in Uttar Pradesh reported zero fresh Covid-19 cases on October 19th and 42 districts continued to remain Covid-free.

The Times of India reported:

With no new or active cases, 42 districts continued to remain Covid-free. The daily Covid case count in the state has not crossed 50 for around two months.

“Despite aggressive tracing and testing, UP’s positivity rate, which shows the level of infections in the people, has been registering a steady decline for several days indicating that Covid is receding from the state,” a government official said.

As of October 29, only 8 active cases were recorded. Here is the latest data of COVID-19 cases in Uttar Pradesh. 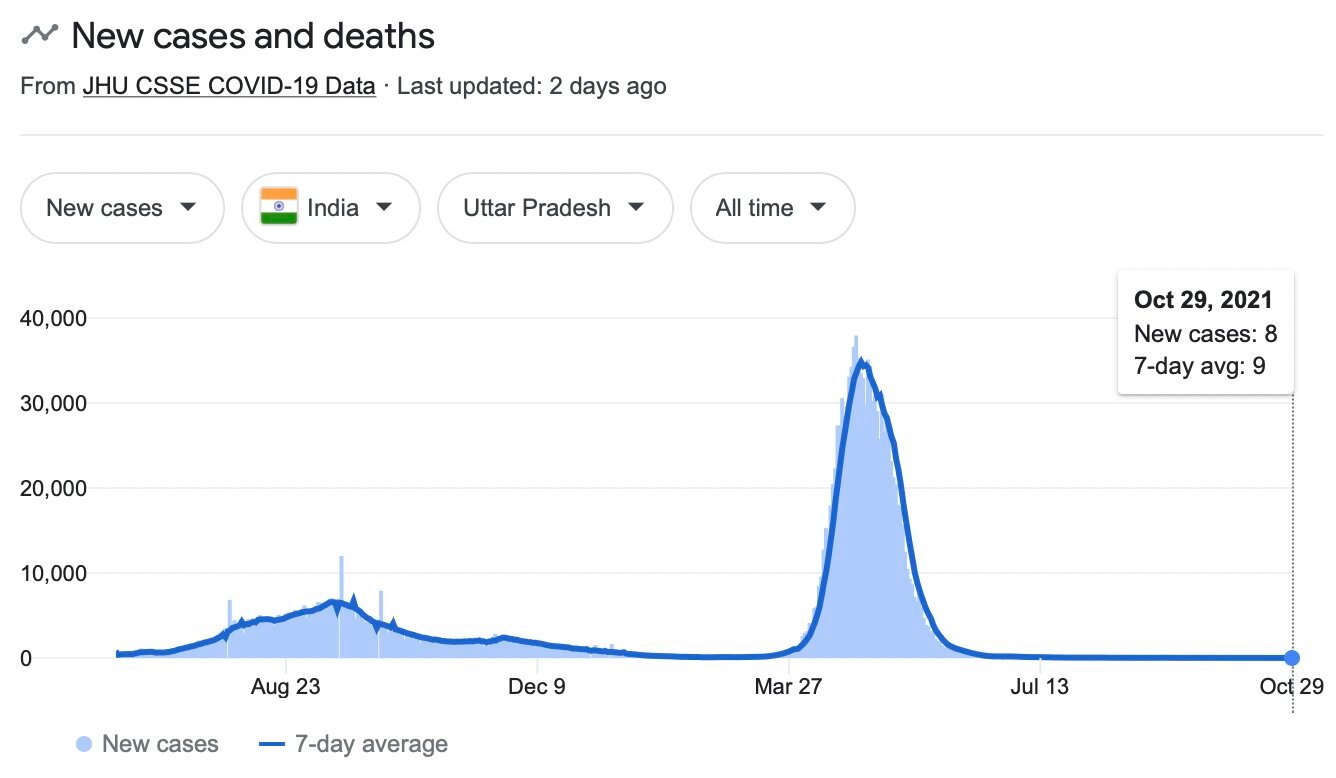 Both Uttar Pradesh and Delhi have seen an incredible drop in COVID-19 cases because they use Ivermectin early and preventatively. Whereas Kerala, a tiny state located in southern India that is over-dependent on vaccines and less dependent on Ivermectin, has been reporting a significant increase in COVID-19 cases last August. Keep in mind that Uttar Pradesh has eight times larger population than Kerala. 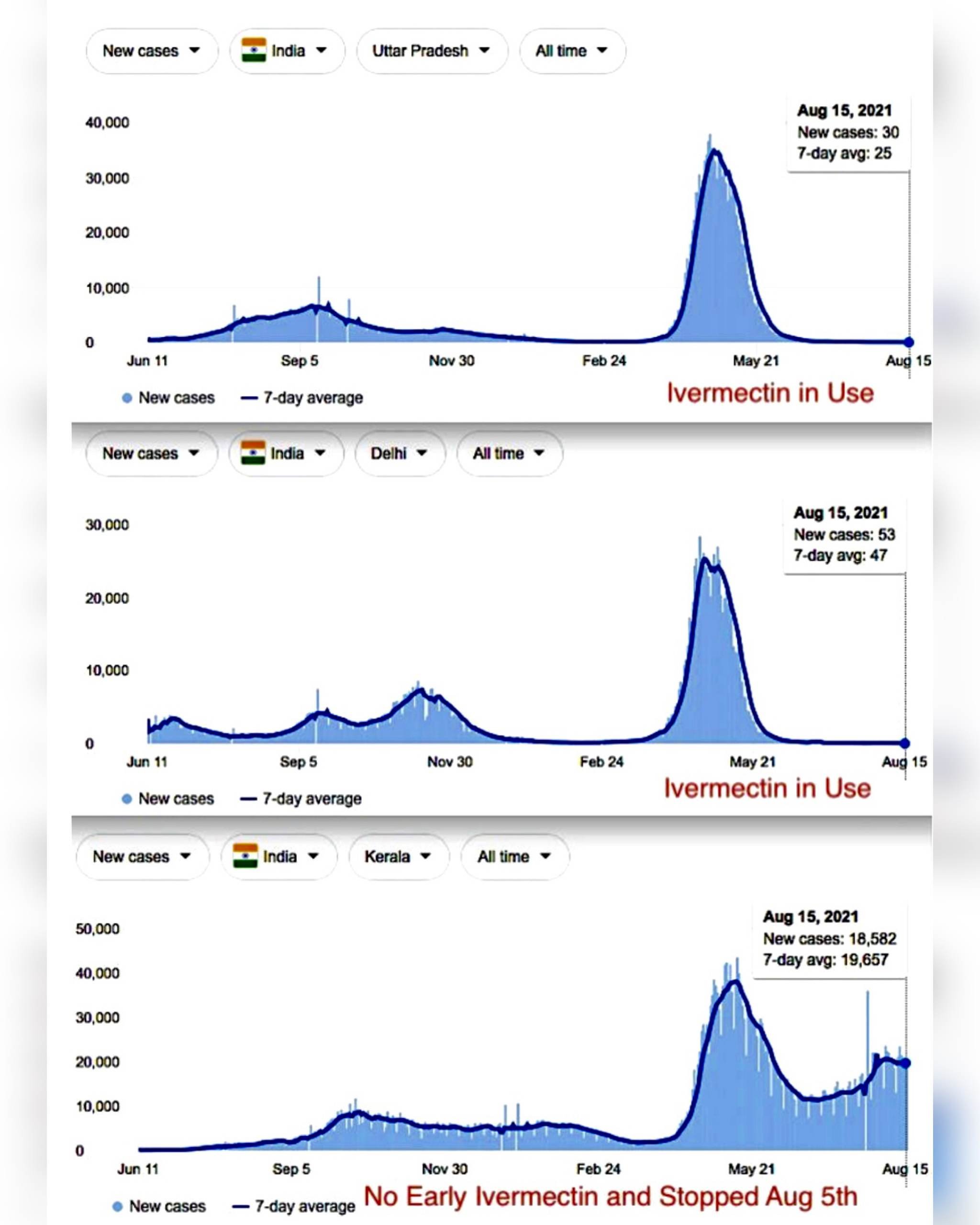 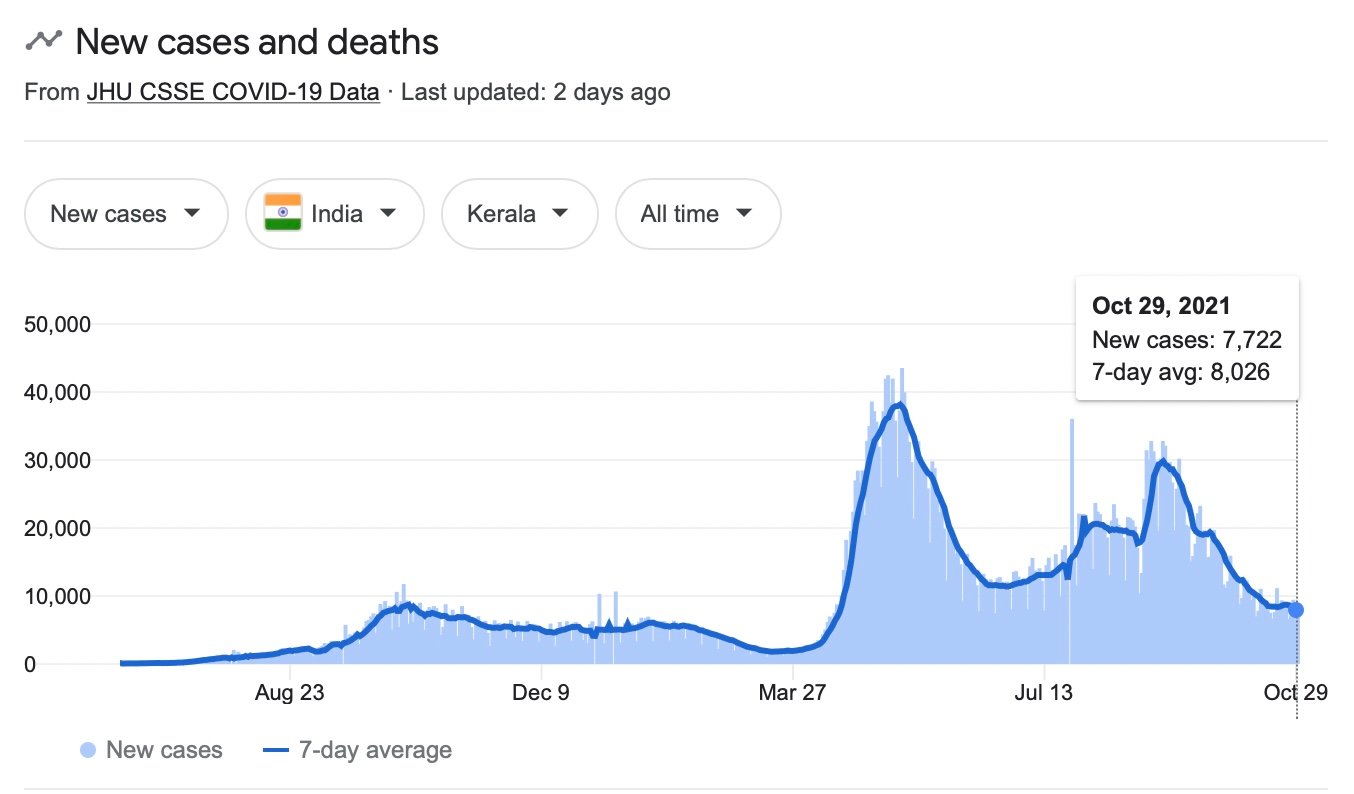 Despite the success of Ivermectin, the government is still pushing the vaccination drive to its constituents and are planning to deliver vaccine doses to 100% eligible population of the state by December 15. They’re doing this to give the credit to the vaccine.

Uttar Pradesh crossed a major milestone on Friday when the number of Covid-19 vaccine doses administered crossed the 13 crore mark–the only state in the country to achieve this number. Chief Minister Yogi Adityanath has issued directions to speed up vaccination and ordered the officers to deliver vaccine doses to 100% eligible population of the state by December 15.

The Gateway Pundit also reported the success of Ivermectin in Indonesia after the government granted the Emergency Use Authorization for Ivermectin as the therapeutic drug to cure the Covid-19.