Sweden, a good country that cares about its citizens, publishes up-to-date birth statistics.

The statistics are very concerning and show a deepening decline in births this year. It is actually WORSE than it looks on this chart, as I will show later.

I have tabulated this data. Keep in mind that births are seasonal and show wide month-to-month variation, but on a year-on-year basis (comparing March to March, for example) they usually show great stability. Except for this year they are falling off the cliff.

And here’s a more visual graphical presentation of the DROP in births in Sweden, by month: You can see that not only is the drop in births in Sweden significant, but it is also gradually deepening every month! It looks as if an inexorable force is preventing previously healthy Swedes, who plan families and are encouraged by their government to have children, from actually conceiving and completing their pregnancies.

What could cause this?

Vaccination of Young People in Sweden

Take a look at this helpful chart from Our World in Data. Go back 9 months and look at the younger 18-49-year-old categories. Look at their vaccination progress from April to August 2021: 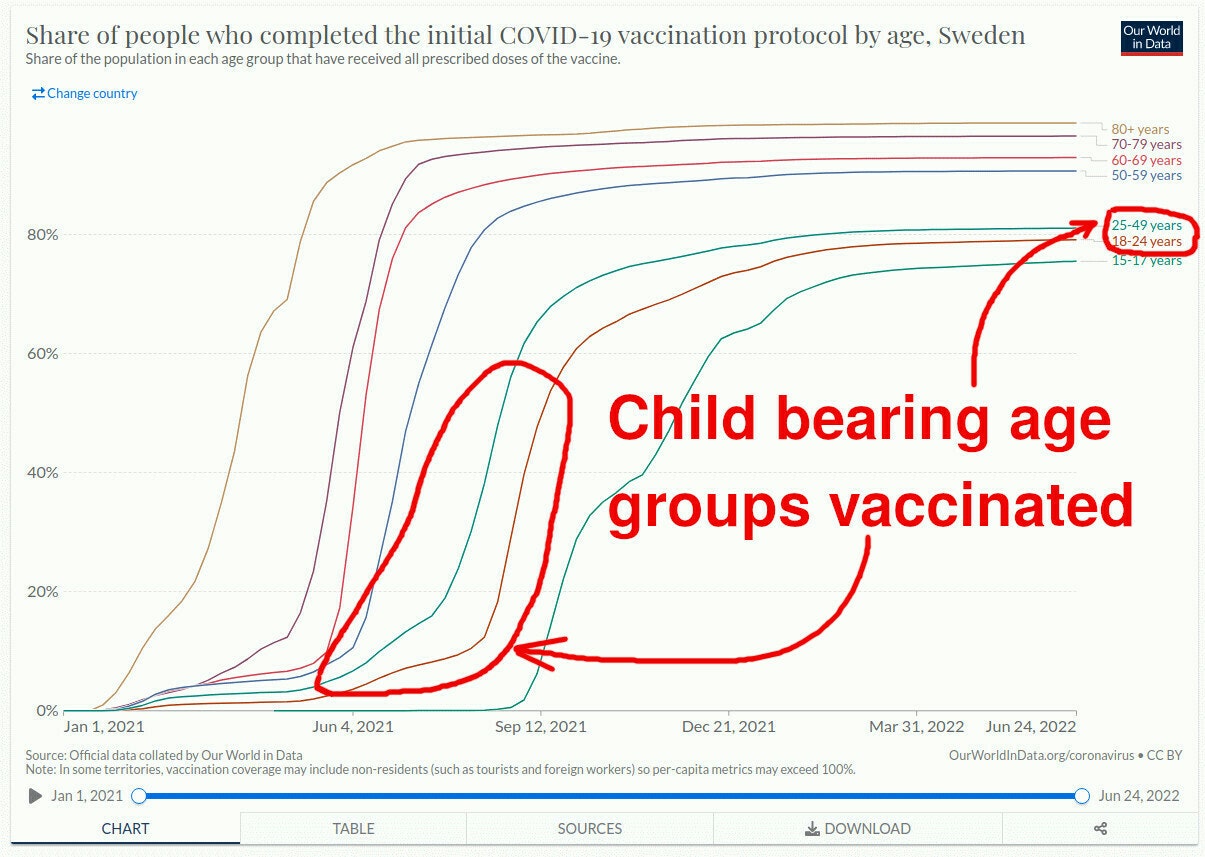 Young people of Sweden were assured by the Swedish authorities that Covid vaccines are definitely very safe and effective. Swedes, especially young people, trust their government. So, they took Covid vaccine shots, did not think much about them, and continued whatever they were doing, such as making babies, just like the Swedish government encouraged them to do.

They probably did not notice that the number of pregnancies was dropping.

What About Other Countries?

Sweden is NOT alone. I reported on a dramatic (and similar to Sweden) decline in births in Germany, Switzerland, North Dakota, and the UK: 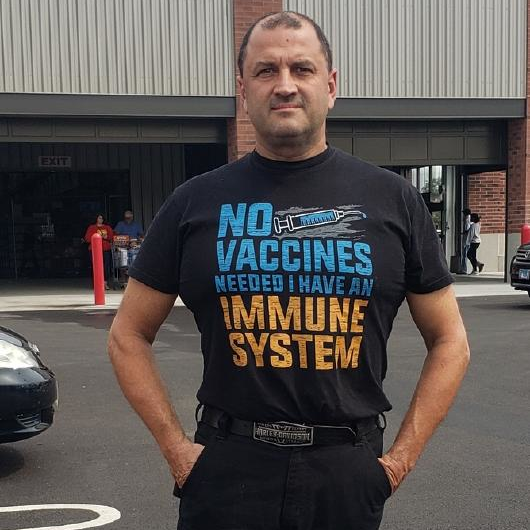 Igor’s Newsletter
Dramatic Decline in Births in Germany
Germany is experiencing a strange decline in births in the first quarter of 2022, totally inconsistent with their experience in recent years. Strange, right? Fortunately, the vaccine-crazy German government already has the answer: it says people had so many children already, that they no longer want any…

Taiwan, which also vaccinated young people 9 months prior, is recording a whopping 23% drop in birth rates! Such a drop is a depopulation-level event if this trend continues.

Igor’s Newsletter
Depopulation of Taiwan
This is a continuation of my post from yesterday about a massive 13% decline in births in Germany. Such a decline is a nine-sigma event, meaning that it is so unlikely to occur by chance, that it would naturally happen as rarely as an asteroid striking the Earth…

Sweden is also a very interesting case because this country was never locked down. So people were free to party, date, have fun, and so on, just like always. If you could possibly place blame on “lockdowns” for other countries, Sweden proves that lockdowns are NOT the cause — since it never locked down its citizens.

Mind you, 9 months ago, less than half of young Swedes were vaccinated. None yet received vaccine boosters.

What will happen to Sweden’s birth rate months from now, with the childbearing age people getting more vaccines and more boosters 9 months prior? Young people ended up being 80% vaccinated in Sweden and many were later boosted. I, naturally, hope that this disturbing trend will somehow disappear, but I fear that it will worsen.

It is time to start worrying and sound some alarms. Are you worried?