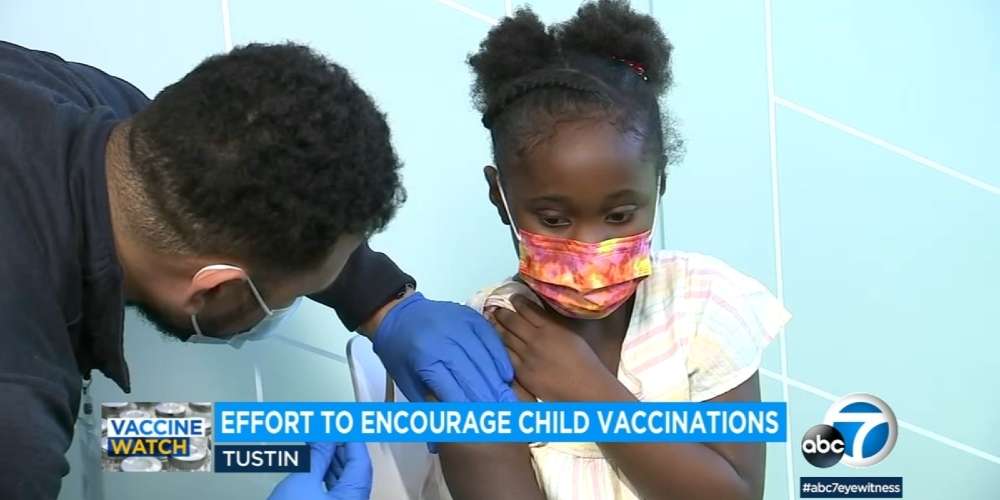 The Centers for Disease Control and Prevention (CDC) today released new data showing a total of 1,071,856 reports of adverse events following COVID vaccines were submitted between Dec. 14, 2020, and Jan. 21, 2022, to the Vaccine Adverse Event Reporting System (VAERS). VAERS is the primary government-funded system for reporting adverse vaccine reactions in the U.S. 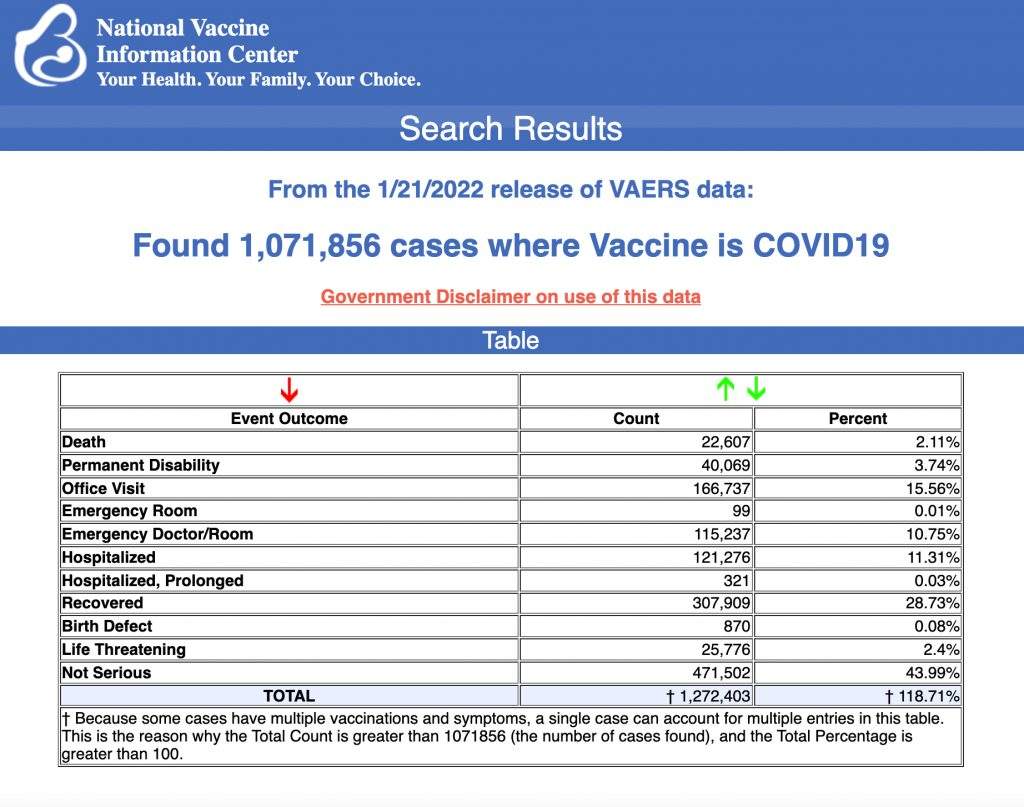 Every Friday, VAERS publishes vaccine injury reports received as of a specified date. Reports submitted to VAERS require further investigation before a causal relationship can be confirmed. Historically, VAERS has been shown to report only 1% of actual vaccine adverse events.

The most recent death involves a 7-year-old girl (VAERS I.D. 1975356) from Minnesota who died 11 days after receiving her first dose of Pfizer’s COVID vaccine when she was found unresponsive by her mother. An autopsy is pending.

The most recent deaths involve a 13-year-old male (VAERS I.D. 2042005) from an unidentified state who died from a sudden heart attack seven months after receiving his second dose of Moderna, and a 17-year-old female from an unidentified state (VAERS I.D. 2039111) who died after receiving her first dose of Moderna. Medical information was limited and it is unknown if an autopsy was performed in either case.

DJ Ferguson, 31, was removed from the top of a heart transplant at Boston’s Brigham and Women’s Hospital because he was not vaccinated against COVID.

Ferguson on Tuesday received a mechanical heart pump — called a left ventricular assist device — that should keep him alive for up to five years, but he won’t have much of a life, his father said.

According to ABC News, Ferguson, a father of two children with another baby on the way, didn’t want the vaccine because he feared it would complicate his heart condition. He also said getting vaccinated would go against his basic principles.

“The organs are scarce, we are not going to distribute them to someone who has a poor chance of living when others who are vaccinated have a better chance post-surgery of surviving,” Dr. Arthur Caplan, who runs Medical Ethics at NYU Grossman School of Medicine told MassLive.

Despite the open-heart surgery, Ferguson still needs a transplant due to his rapid deterioration, Ferguson’s parents told “Tucker Carlson Tonight” on Wednesday.

COVID vaccine regime for children under age 4 will include 3 doses, Fauci says

White House chief medical advisor Dr. Anthony Fauci on Wednesday said the COVID vaccine regime for kids younger than 4 years old will likely include three doses when it’s authorized because two shots did not induce an adequate immune response in 2- to 4-year-olds in Pfizer’s clinical trials.

“Dose and regimen for children 6 months to 24 months worked well, but it turned out the other group from 24 months to 4 years did not yet reach the level of non-inferiority, so the studies are continued,” Fauci said, referencing effectiveness standard comparison to adults.

Fauci said he hopes the U.S. Food and Drug Administration will authorize the Pfizer and BioNTech COVID vaccine for children under 5 years old next month, although he can’t say for sure when the agency will render its decision.

Sweden decides against COVID vaccines for children 5 to 11

Sweden won’t recommend COVID vaccines for kids under 12 years old because the benefits did not outweigh the risks, but will “constantly” reassess the situation, Reuters reported.

The Public Health Agency of Sweden said in a press release on Thursday the medical benefit for a child aged 5-11 who has received a vaccine against COVID “is currently small.”

Britta Bjorkholm, a Sweden health official, said during a news conference, “With the knowledge we have today, with a low risk for serious disease for kids, we don’t see any clear benefit with vaccinating them.”

Karin Tegmark Wisell, director-general of the Public Health Agency of Sweden, said updated guidance would be provided prior to the fall term.

In a hearing organized this week by Sen. Ron Johnson (R-Wis.), attorney Thomas Renz told a panel of experts data provided to him by three whistleblowers show COVID vaccines are causing catastrophic harm to members of the U.S. military while not preventing them from getting the virus.

“Our soldiers are being experimented on, injured and sometimes possibly killed,” Renz said.

The U.S. Department of Labor this week announced it is withdrawing the Biden administration’s COVID vaccine-or-test mandate for large employers.

In pulling the rule, the department said it recognized the Emergency Temporary Standard could not be revived after the U.S. Supreme Court blocked it earlier this month and will plan instead to set a permanent standard for the vaccine mandate, according to a notice provided to the court by the Occupational Safety and Health Administration (OSHA).

The Labor Department’s decision to withdraw the rule means pending legal proceedings in the 6th Circuit will be dropped.

OSHA could move a version of the vaccine-or-test rule through its rule-making process, but would still likely face legal challenges.