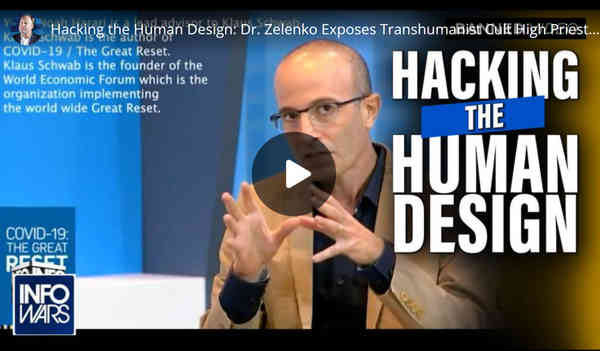 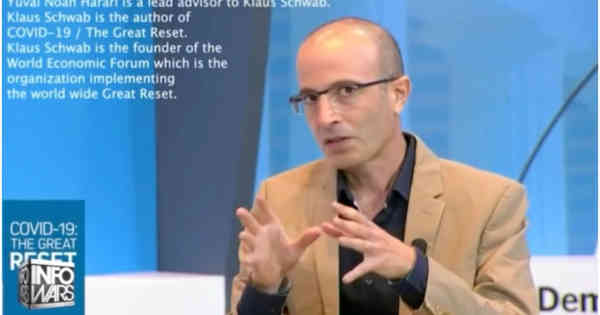 Ultra-creepy Yuval Noah Harari, who has called for depopulation of the planet, has — like Schwab — used the Covid scamdemic to further the New World Order cult and the “Great Reset,” which is basically a one-world communist government with the elitists in control, and the other 99.999% of the populations serving as slaves in their dystopian nightmare.

As highlighted in the video, two of the more infamous quotes from Harari are:

“What do we need so many humans for?”

“We need not just to monitor people, we need to monitor what’s happening under the skin.”

In another outlandish statement, Harari seems to declare himself and his “Dr. Evil” impersonators as god-like creatures who can replace humans with something else artificially engineered by these self-proclaimed Masters of the Universe.

This sounds eerily like what Satan — the serpent — told Eve in the Garden of Eden, that she could become like God if she’d just take a bite of the forbidden fruit, as Alex Jones points out.

“He is a serpent,” Dr, Zelenski says of Harari. “He is the embodiment of the serpent. And it’s actually relieving to me that the enemy (Satan) has finally exposed himself.”

It actually looks like no matter how sophisticated the medical or computer technology gets, regardless of how far it looks as though humanity has advanced, as the Bible tells us, “There is nothing new under the sun,” especially when it comes to human nature.