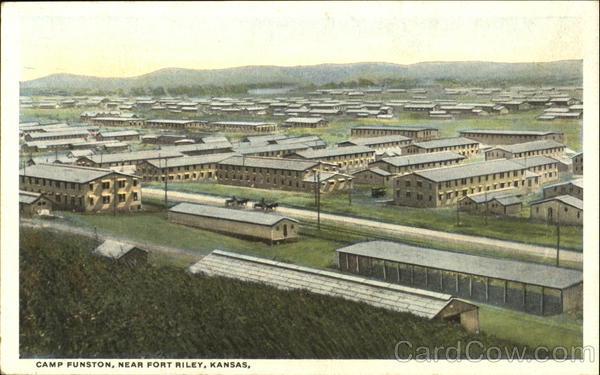 It may or may not come as a surprise, but our men and women of the armed services have been used as test subjects for years. And sadly, they are often not informed of that fact. The Department of Defense has had a pretty cush position of having readily available test subjects at their beck and call. I know there are people that say things like “you’re a GI, government issue,” which to them means you’re at the mercy of your governments wishes. Also, people are the worst. I do not know any service members that signed contracts to also be lab rats, but that is what the leaders want when it suits their needs. All in the name of readiness.

Case Study Number 1: The beginning of the Pharmaceutical dependence within the DoD

I would say the first big experiment began in 1918 at Fort Riley Kansas, just before the “Spanish” Flu Pandemic outbreak. In my search to verify some information I came across a good explanation; “When the United States entered WWI in April 1917, the Fledgling Pharmaceutical Industry had something they had never had before: a large Supply of Human Test Subjects. During the War Years of 1918 to 1919, the US Armyballooned to six million men, of which two million were sent Overseas. The Rockefeller Institute for Medical Research took Advantage of this New Pool of Human Guinea Pigs to conduct Vaccine Experiments.” Article Here

Enter in Frederick Gates. A medical doctor working for the Rockefeller Institute. In the January to June of 1918, he began observing a program to start vaccinating soldiers at Fort Riley and nearby Camp Funston with a new “antimeningitis” vaccine derived from horses. Allegedly, these vaccines were distributed to many military bases across the United States as well as shipped internationally.

This starts to answer some questions in my mind. Why or how did the “Spanish Flu” actually start at a military base in Kansas? How come bacterial pneumonia was the actual cause of death for almost every tissue sample tested? How did so many people develop a deadly bacterial infection? Was it from community acquired bacterial meningitis and not the flu? Is that even possible?

The Centers for Disease Control literally lists “overcrowding” as a risk of meningitis. This is what they said about bacteria spread during the 1918 Pandemic “Finally, for brief periods and to varying degrees, affected hosts became “cloud adults” who increased the aerosolization of colonizing strains of bacteria, particularly pneumococci, hemolytic streptococci, H. influenzae, and S. aureus (39). For several days during local epidemics—particularly in crowded settings such as hospital wards, military camps, troop ships, and mines—some persons were immunologically susceptible to, infected with, or recovering from infections with influenza virus. Persons with active infections were aerosolizing the bacteria that colonized their noses and throats, while others—often, in the same “breathing spaces”—were profoundly susceptible to invasion of and rapid spread through their lungs by their own or others’ colonizing bacteria.”

I wonder if that was happening on ships, full of soldiers taking a long trip across the Atlantic, living in barracks etc etc. Maybe what they were seeing wasn’t influenza, which was just a catch all name for respiratory illness, but perhaps it was vaccine induced meningitis. Perhaps because the doses and time of administration were inconsistent, the impact took time to be realized.

According to the NIH, “As they conducted their analyses, military medical officers soon understood that the wave of influenza that had run through many U.S. training camps during the spring of 1918 constituted a first wave of the pandemic. Fourteen of the largest training camps had reported influenza outbreaks in March, April, or May, and some of the infected troops carried the virus with them aboard ships to France.12In the late spring and summer, influenza visited all of the armies of Europe, including the AEF, but because influenza was common in the military, and few patients became critically ill, medical officers were not alarmed. But by the late summer some saw the emergence of a new, lethal influenza.”

Good thing the good ol’ doctors of the Rockefeller Institute were also overseeing the 1918 influenza outbreak.

Now maybe I am just making inferences, connecting dots that shouldn’t be. But what are the odds of an influenza beginning at the same place that is in the middle of a bacterial meningitis vaccine program. I wonder what kind of reactions were being observed during this time. Robert Gates writes his observations as this “The symptom most frequently mentioned was a “feverish sensation” often accompanied by headache, which was sometimes severe enough to cause loss of sleep. Morning temperatures, when taken, were reported normal. In a few instances there was transient nausea, malaise, or aching joint pains, and three reactions were initiated with a chill.” Sounds a lot like the onset of the flu….

And perhaps, that is why this flu hit so many of our uniformed personnel in a way which many others have not.

Or I am just blowing smoke, but let’s take a moment to see how far we have come in over 100 years…