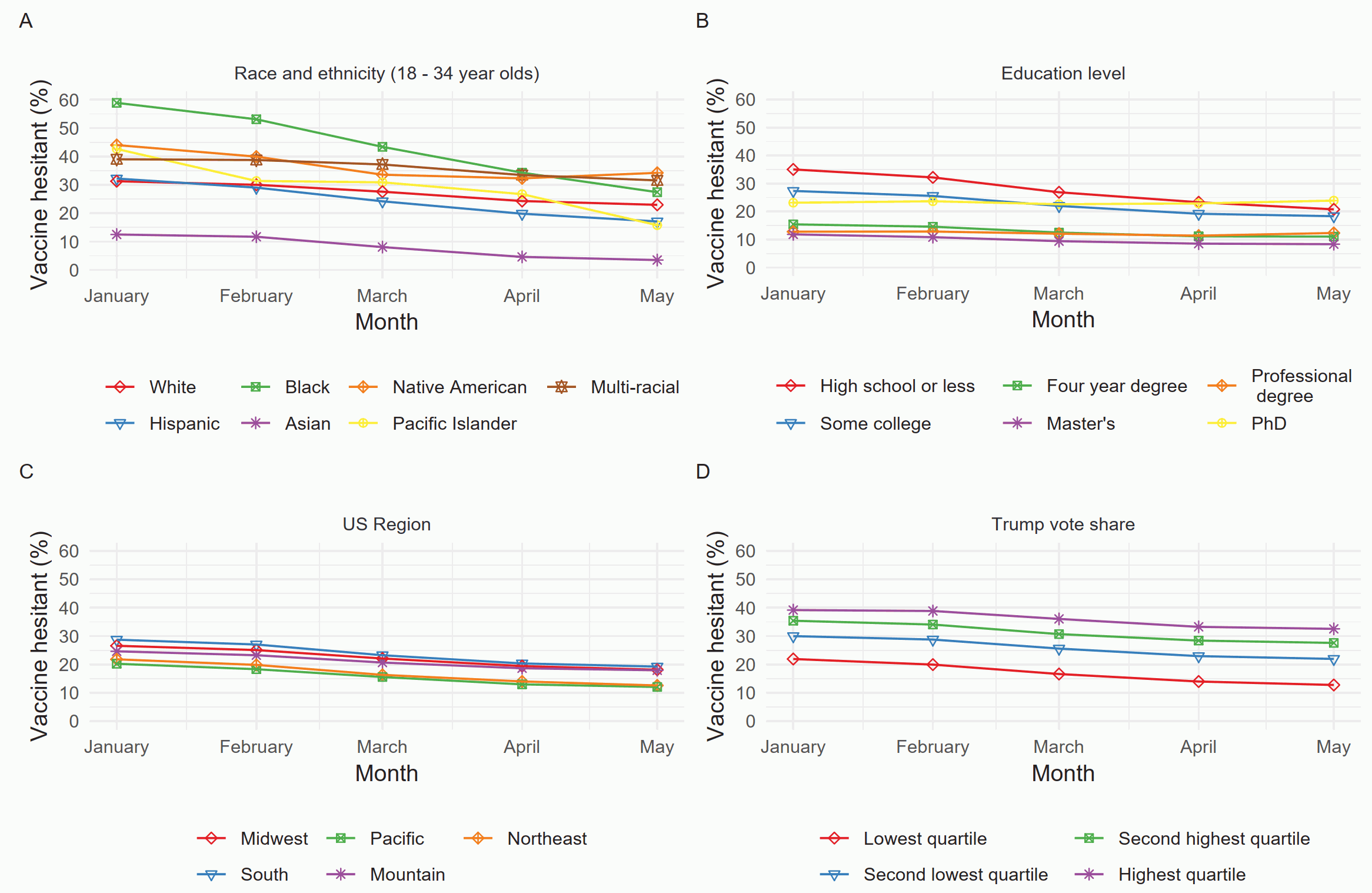 There has been much debate over how to get the unvaccinated to get their jabs — shame them, bribe them persuade them, or treat them as victims of mis- and disinformation campaigns — but who, exactly, are these people?

Most of the coverage would have you believe that the surge in cases is primarily down to less educated, ‘brainwashed’ Trump supporters who don’t want to take the vaccine. This may be partially true: the areas in which the delta variant is surging coincide with the sections of red America in which vaccination rates are lowest.

But according to a new paper by researchers from Carnegie Mellon University and the University of Pittsburgh, this does not paint the full picture. The researchers analysed more than 5 million survey responses by a range of different demographic details, and classed those people who would “probably” or “definitely” not choose to get vaccinated as “vaccine hesitant.”

In some respects the findings are as predicted — for example the paper finds that there is a strong correlation between counties with higher Trump support in the 2020 presidential election and higher hesitancy in the period January 2021 — May 2021.

What’s more, the paper found that in the first five months of 2021, the largest decrease in hesitancy was among the least educated — those with a high school education or less. Meanwhile, hesitancy held constant in the most educated group; by May, those with Ph.Ds were the most hesitant group.

So not only are the most educated people most sceptical of taking the Covid vaccine, they are also the least likely the change their minds about it…