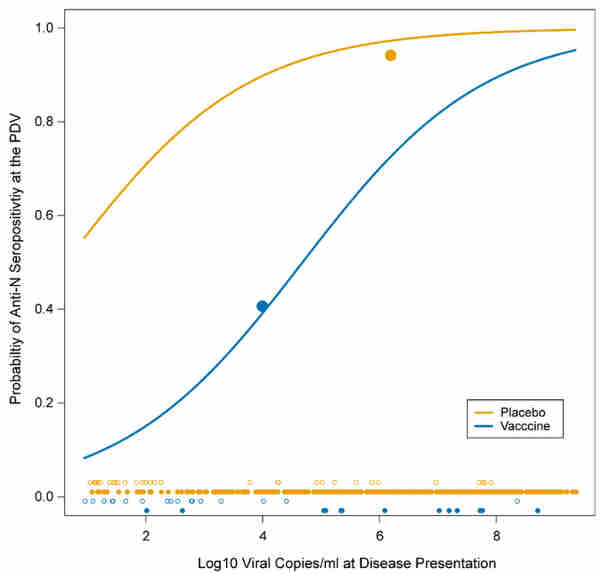 A bombshell study – from the National Institutes of Health and Moderna, no less – should end debate

Unvaccinated people are much more likely to develop broad antibody immunity after Covid infections than people who have received mRNA shots, a new study shows.

The gap remains large whether people had mild, moderate, or severe Covid infections, the study showed – undercutting a crucial argument that vaccine advocates have made to defend the shots.

The research draws on data from Moderna’s 30,000-person clinical trial for its mRNA shots. It may help explain why so many Americans now suffer multiple Covid infections, sometimes within months.

Researchers already knew that many vaccinated people do not gain antibodies to the entire coronavirus after they are infected with Covid.

Vaccine advocates claim the lack of nucleocapsid antibodies may occur because the mRNA shots prime people to fight off the Covid infections more quickly and have lower viral loads. In this view, the narrow immune response is a feature, not a bug – vaccinated people are less seriously infected and so do not need to generate anti-nucleocapsid antibodies.

This study essentially demolishes that theory.

Scientists from the National Institutes of Health and Moderna quietly posted the paper a month ago as a pre-print, but it has received little attention despite its import.

But they then went a step further. Because the infected people had been in the trial, their viral loads had been precisely measured when they were found to have Covid. So the researchers were able to compare vaccinated and unvaccinated people who had the same amounts of virus in their blood.

Only in cases of severe infection and very high viral loads did the difference narrow significantly; in those cases all unvaccinated people and most of the vaccinated had anti-nucleocapsid antibodies.

The chart that should worry the vaccinated: the yellow line shows the odds that an unvaccinated person will develop anti-nucleocapsid antibodies to Sars-Cov-2, stratified by viral load. The blue line shows the same odds for a person who received an mRNA shot.

An unvaccinated person has an almost 60 percent chance of developing antibodies even with an extremely mild infection; a vaccinated person needs almost 100,000 times as much virus in his blood to have the same chance. The researchers also tried to correlate the development of anti-nucleocapsid antibodies with viral load over time. Theoretically, if vaccinated people cleared the virus more quickly, they might have fewer antibodies – another version of the “it’s-a-feature-not-a-bug” defense. But they found the opposite – again, vaccination status and not the duration of infection was what mattered.

The “likely explanation is a vaccine-induced reduction in seroconversion [the production of antibodies],” the researchers wrote.

The study all-but-proves the mRNA shots themselves — and not whatever reduction in viral loads they may cause — are impeding the development of the anti-nucleocapsid antibodies.

Still, the long-term immunological and medical significance of the lack of those antibodies is less clear. The reason that drugmakers targeted the spike protein rather than the nucleocapsid in the first place is that Sars-Cov-2 depends on its spike for its crucial initial attack on the exterior of human cells. It exposes the nucleocapsid protein only after it has dumped its mRNA inside the cell itself.

Yet there is some evidence that antibodies to the nucleocapsid play an important role later in our immune response.

And the coronavirus’s spike protein mutates rapidly, potentially rendering antibodies it against useless. For example, Omicron’s spike is markedly different than that of earlier variants. The nucleocapsid protein mutates far more slowly, offering a potential second line of defense.

Answering these questions and figuring out what if any harm the lack of anti-nucleocapsid antibodies may cause will require a concerted research effort. But it is precisely this kind of work – work that might reveal long-term damage from the vaccines – that government and academic scientists are studiously avoiding.

In the meantime, expect lots more stories like this: And expect those articles to avoid the most important question of all – whether unvaccinated people are being reinfected, or only the vaccinated.