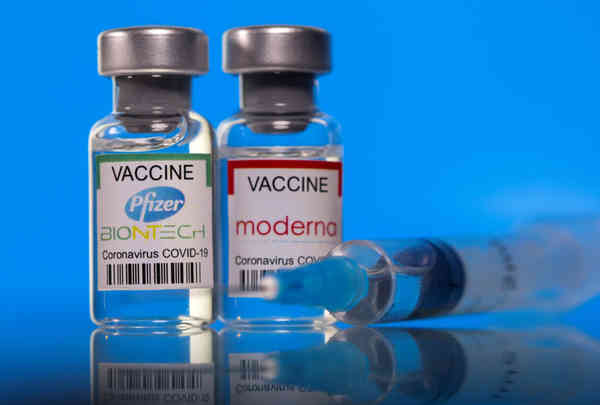 Sweden’s government is recommending a fifth dose of COVID-19 vaccine for people aged 65 and over, and at-risk groups that are under 65, which includes those who are immunocompromised and pregnant women, authorities said on May 24.

“In Sweden, we need to be prepared for an increased spread during the coming autumn and winter season,” the agency said in an announcement.

Swedish Social Affairs Minister Lena Hallengren said the pandemic is not over. “The vaccine is our strongest tool for preventing serious illness and death,” she said in a statement.

The agency’s recommendations for the other age groups remain the same. Adults aged 18–64 are recommended to have taken three doses of the COVID-19 vaccine. They can take a fourth dose if they want to, the agency said. Children aged 2 to 17 are “recommended vaccination with two doses.”

“In general, the risk of serious illness is assessed as low for adults under the age of 65 who have been vaccinated with three doses, but the risk increases with age and varies within the group,” agency chief Karin Tegmark Wisell said.

Sweden has been relatively hands-off in its response to the COVID-19 pandemic, having never imposed a full lockdown or closed businesses.

Vaccines currently in use in Sweden are Comirnaty from Pfizer-BioNTech and Spikevax from Moderna, both of which are based on mRNA technology.

The COVID-19 vaccines from these companies have been linked with heart inflammation, including myocarditis and pericarditis, data from around the world have suggested.

Younger populations, especially young men, have been observed to experience these conditions at much higher than expected rates, data from the CDC previously suggested. A small number of deaths from heart inflammation after COVID-19 vaccine have been reported.

The primary regimens of the vaccines, which are two doses administrated several weeks apart, have been insufficient to protect against infection, and have shown waning efficacy in protecting against hospitalization amid newly emerging variants. This has prompted the governments of many countries to recommend boosters and subsequent boosters throughout the pandemic.