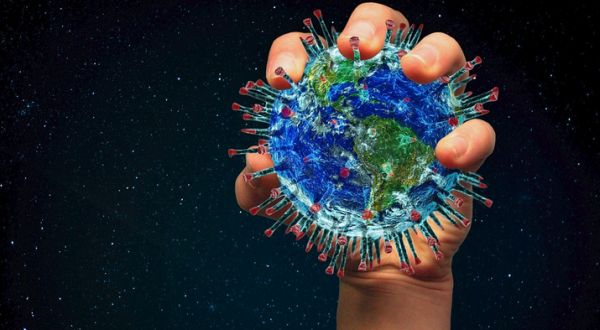 Lockdowns, masks based on assumption not supported by science

Back in June 2020, the World Health Organization’s top infectious disease epidemiologist caused a stir when she said coronavirus transmission by asymptomatic individuals is “very rare.”

A day later, Dr. Maria Van Kerkhove walked back her statement, saying there had been “misunderstandings.”

However, scientific studies have supported her clear initial statement, and newly published research of nearly 30,000 people across 42 countries has found asymptomatic carriers are about 68% less likely to pass the virus on than those who get sick, DailyMail.com reported.

The fear of asymptomatic spread is one of the primary reasons for the COVID-19 lockdowns and mask mandates. Many health officials believed they accounted for up to a third of all infections, with some scientists claiming asymptomatic patients were just as infectious as the sick.

But the study, published in the journal PLOS Medicine, found asymptomatic carriers were responsible for as little as 14% of cases. And the estimated overall risk of passing the virus to someone else was about two-thirds lower, the researchers said.

Lead author Diana Buitrago-Garcia of the University of Bern in Switzerland said the role of asymptomatic carriers of the virus in overall COVID transmission was minor.

When WHO’s Kerkhove walked back her statement in June 2020, she said asymptomatic spread is a “really complex question” and much is still unknown.

“We don’t actually have that answer yet,” she said.

“I was responding to a question at the press conference. I wasn’t stating a policy of WHO or anything like that. I was just trying to articulate what we know,” she said. “And in that, I used the phrase ‘very rare,’ and I think that that’s misunderstanding to state that asymptomatic transmission globally is very rare. I was referring to a small subset of studies.”

In her original statement June 8, 2020, at a news briefing at the United Nations agency’s Geneva headquarters, she said that from “the data we have, it still seems to be rare that an asymptomatic person actually transmits onward to a secondary individual.”

Van Kerkhove said that conclusion had important implications for how to limit the spread of the coronavirus.

“What we really want to be focused on is following the symptomatic cases,” she said.

“If we actually followed all of the symptomatic cases, isolated those cases, followed the contacts and quarantined those contacts, we would drastically reduce” the outbreak.

A study from China published in the Journal Nature in November 2020 on the prevalence of infection after a lockdown found no transmission of the SARS-CoV-2 among people who were in close contact with asymptomatic patients.

In December 2021, as WND reported the NFL’s chief medical officer said the league had not seen verifiable spread this season by people who don’t display symptoms.

For 25 years, WND has boldly brought you the news that really matters. If you appreciate our Christian journalists and their uniquely truthful reporting and analysis, please help us by becoming a WND Insider!

If you like WND, get the news that matters most delivered directly to your inbox – for FREE!