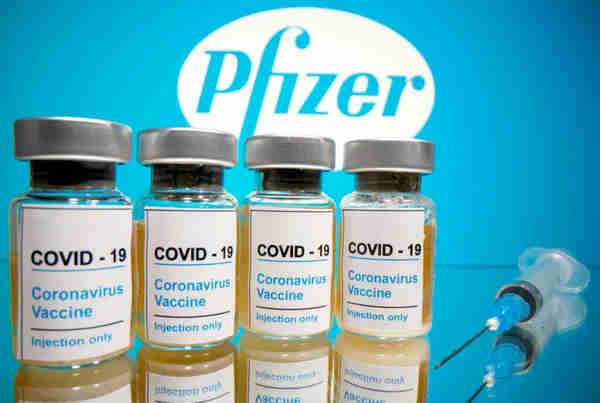 Share to the world...
Source Link: https://conservativeplaylist.com/2022/05/11/pfizer-government-regulators-hid-smoking-gun-data-showing-that-covid-jabs-cause-birth-defects-and-infertility/
by Ethan Huff

A Freedom of Information (FOI) request out of Australia has revealed that pharmaceutical giant Pfizer hid the results of the only pregnancy and fertility study that has ever been conducted on its Wuhan coronavirus (Covid-19) “vaccine” because they showed that the injection causes birth defects and infertility.

Government regulators did the same thing, we now know, which points to collusion between Big Pharma and Big Bureaucracy in keeping the general public ignorant about the risks associated with Pfizer’s mRNA (messenger RNA) Fauci Flu shot.

Both Pfizer and the government have known for a while now that the company’s mRNA injection causes abnormalities in unborn babies. Even so, government regulators downgraded the risk by suppressing clinical trial data. (Related: It has also come to light that Fauci Flu shots cause AIDS.)

“These decisions led to medical professionals, who are far too trusting of Medicine Regulators, to wrongly inform pregnant women that the Covid-19 injections are perfectly safe during pregnancy, leading to many pregnant women feeling pressured to get vaccinated,” reported the Daily Exposé (UK).

The Biden regime is destroying our economy, putting your property and financial security at risk. What’s worse is that they are discouraging the purchase of precious metals as they try to salvage their midterm election fortunes. Buy precious metals from an America-First patriot. Contact Our Gold Guy and protect yourself through the coming (and current) economic turmoil. Please tell them JD Rucker sent you.

In the “Pregnancy Category B2” section of the now-unearthed Pfizer documents, the company explains that there is “limited experience” with the use of COMIRNATY, as the jab is now called, in pregnant women.

It goes on to explain that a combined fertility and developmental toxicity study in rats showed that unborn babies exposed to the shot’s contents via their mothers developed supernumerary lumbar ribs.

“Administration of COMIRNATY in pregnancy should only be considered when the potential benefits outweigh any potential risks for the mother and fetus,” the document warns.

Official data from the U.S. Centers for Disease Control and Prevention (CDC) also shows that 3,209 unborn babies have died because of COMIRNATY, though this figure is likely underreported.

“The CDC has admitted that just 1 to 10% of adverse reactions are actually reported to VAERS therefore the true figure could be many times worse,” the Exposé reports.

“But to put these numbers into perspective, there were only 2,239 reported foetal deaths to VAERS in the 30 years prior to the emergency use authorisation of the Covid-19 injections in December of 2020.”

“The true risk could however actually be much higher because pregnant women are a target group for Flu vaccination, whereas they are only a small demographic in terms of Covid-19 vaccination so far,” the Exposé explains.

Pregnant women and their babies could have been protected for this had Pfizer and the government simply told the truth. Instead, they lied to the public, and many thousands of lives are now gone because of it.

It was also revealed in the FOI documents that women who get a third “booster” shot of COMIRNATY have a significantly reduced chance of getting pregnant. The shots, it appears, are a sterilizing agent that blocks fertility that also kills unborn babies who were already conceived.

“Despite scientific evidence proving otherwise, medicine regulators and Pfizer falsely claimed ‘Animal studies do not indicate direct or indirect harmful effects with respect to pregnancy,’” the Exposé concludes, noting that the government’s “outrageous campaign of propaganda and lies” has led to thousands of fetal deaths.