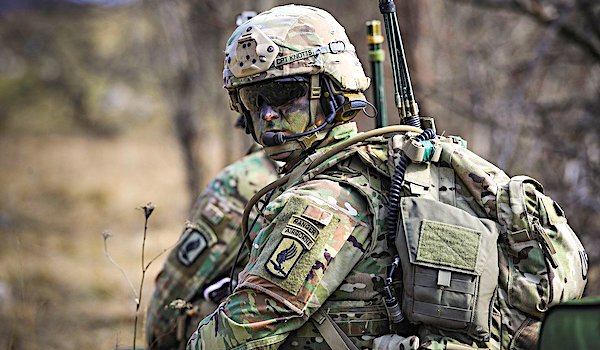 Will need to follow regimen ‘that renders them asymptomatic’

HIV-positive individuals may now serve in the U.S. military, but the Pentagon continues to ban those who refuse to get vaccinated for COVID-19 from serving.

The Department of Defense (DOD) updated a previous rule barring HIV-positive members from serving, saying that members with the virus may not be discharged as long as they do not display symptoms, according to an official memo made public Wednesday.

Military personnel can be discharged or reassigned for other reasons, including refusal to take the COVID-19 vaccine. The U.S. Army began carrying out orders to discharge all unvaccinated personnel in January.

“In view of significant advances in the diagnosis, treatment, and prevention of human immunodeficiency virus (HIV), Secretary Austin has directed updates to the Department’s policies with respect to HIV-positive personnel who are serving in the U.S. Armed Forces,” a DoD spokesperson told The Daily Caller News Foundation. “Just as all Service members must receive required vaccinations to be considered militarily ready, HIV-positive Service members will need to adhere to a treatment regimen that renders them asymptomatic and with a clinically confirmed undetectable viral load to be covered by the updated guidance.”

The Supreme Court upheld the Biden administration’s decision to enforce a vaccine mandate for all military personnel in March. It blocked a lower court ruling that prohibited Navy leaders from changing assignment of their inferiors solely based on their vaccination status.

Recent scientific advancements in HIV treatment options allowed for the possibility of HIV-positive individuals to serve in the military, according to the Pentagon. “In view of significant advances in the diagnosis, treatment and prevention of Human Immunodeficiency Virus (HIV), it is necessary to update DOD policy with respect to individuals who have been identified as HIV-positive,” stated the memo, dated June 6.

DOD amended its HIV-related regulations after a federal judge in Virginia ruled in April that it could not restrict HIV-positive members from serving, court documents show. The court found that the DOD attempt to discharge three HIV-positive service personnel discriminated against the asymptomatic defendants.

This story originally was published by the Daily Caller News Foundation.

Content created by The Daily Caller News Foundation is available without charge to any eligible news publisher that can provide a large audience. For licensing opportunities of our original content, please contact licensing@dailycallernewsfoundation.org.