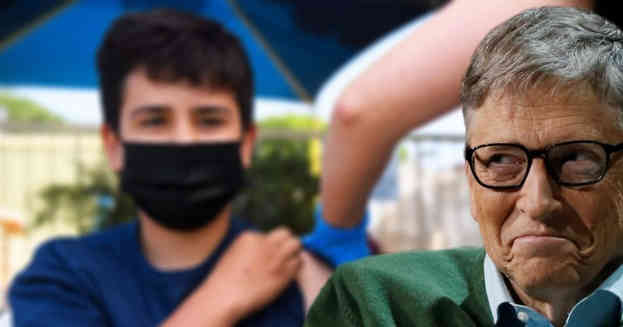 In an age when scientists have become political figures and propaganda operatives, it would be amusing to watch them squirm over their own findings if it wasn’t so sad, not to mention potentially deadly. A new study that seems to have been buried even by the people who conducted it is sending warning bells across the nation about the Covid jabs and their detrimental effects on male fertility.

At least it WOULD BE sending warning bells if corporate media picked it up. They won’t. Just as the scientists who conducted the research and the governments who had them do it, corporate media will bury this study faster than they buried studies proving Ivermectin’s efficacy against Covid-19.

The study, cited at Wiley.com, revealed that those who had been fully vaccinated experienced −15.4% sperm concentration decrease on average between 75-120 days post-injection. They followed up with their research subjects at 150 days and claim they had recovered, but here’s the thing. The study did not provide statistics nor context in their short statement of recovery. Specifically, they state:

In the world of science, details matter. The phrases “overall recovery” and “not impaired” could be construed in one of two ways. It could mean that the test subjects returned to their previous sperm concentration, or it could mean that there was no further decline from the T2 state. They did not define their terms. They did not provide real numbers. This is extremely concerning, especially when we consider they dedicated a mere 13-words to try to tell people everything worked out in the end.

Even if the best-case scenario of the study tells us sperm concentration returns to normal, this is still a major concern. The last thing America needs right now is another fertility issue, temporary or not.

Vaxx-pushers like Bill Gates have been linked to depopulation agendas for decades. Sometimes, they even come out and directly say it. Those who used to work almost exclusively in the shadows are becoming bolder with their proclamations. It’s as if they believe they are untouchable and that their machinations are now forgone conclusions.

Many have long speculated about the jabs being part of a depopulation agenda. While the focus is usually on killing people, another aspect of depopulation is preventing people from being conceived in the first place.