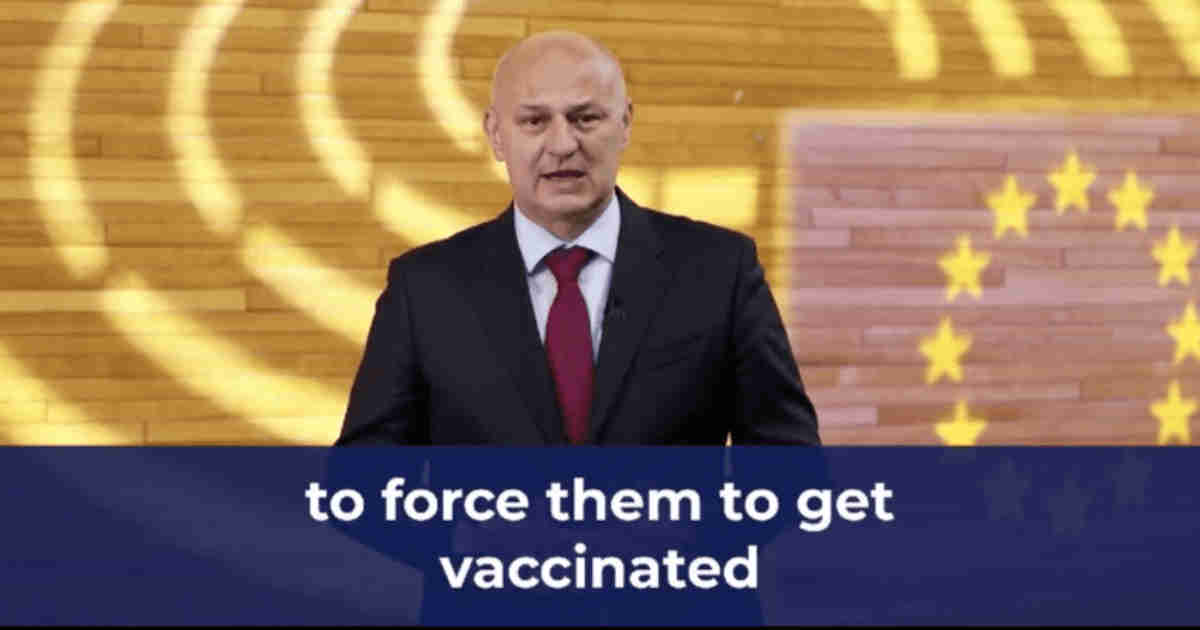 “Why do they want to force people to get vaccinated with a vaccine that isn’t really a vaccine and has already killed more people than any other vaccine?”

On Thursday, May 5, four hundred and thirty-two European MEPs voted to extend the covid passport until June 2023. “I really wonder whether Parliament is ruled by an epidemic of stupidity or hypocrisy,” said MEP Mislav Kolakusic. “After two years of covid insanity,” there is still no end.

“I don’t know when the madness will end, but obviously it won’t in the next year,” Kolakusic said. “And in the fall, the lockdowns and all the disaster we have experienced in the past two are awaiting us again.”

The leader previously blamed the European Commission President Ursula von der Leyen’s covid policies for dividing citizens and violating their rights and scientific advice. “Fundamental human rights have never been more seriously violated in the past 80 years since Nazism: freedom to travel, the right to work, health care, and the right to ban medical experiments performed on more than 500 million people. Furthermore, every citizen has the right to self-determination,” emphasized the MEP.

He also slammed the covid passes, stating, “corona certificates that only allow the vaccinated to travel freely – while spreading the virus just as easily as the unvaccinated – are insane.”