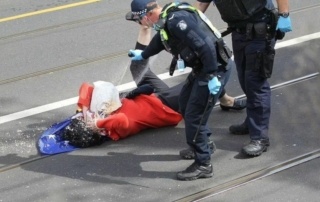 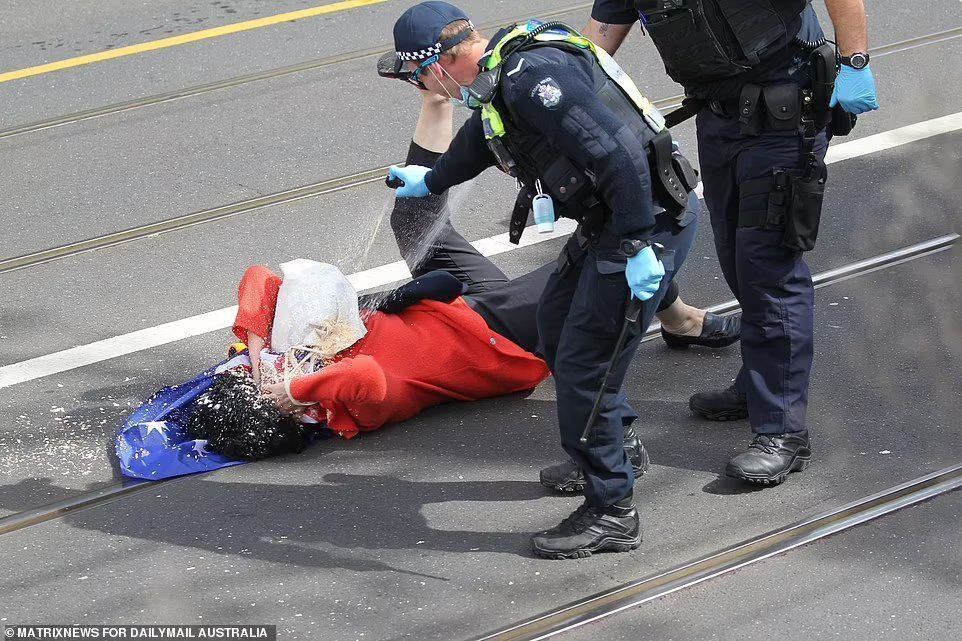 A “World Wide Rally for Freedom” was heavily promoted in Australia the past couple of weeks for yesterday, September 18, 2021.

The police state in Australia has become so bad that they are now tracking their citizens’ cell phone usage and social media posts, trying to arrest would-be protesters and lock them in their homes even before rallies are started.

Police were armed with pepper spray, and from some of the video clips I have seen they were all too willing to use it whenever they could.

As could be expected, there was some push back.

Here is a short video report I have put together. I was going to use the word “violent” to describe what happened in Australia yesterday between the citizens and the police, but honestly, we have not see real “violence” yet at these protests, although it is getting closer.

The REAL violence is happening in the vaccine clinics where mass murder is still happening, as the vaccines are killing and crippling people. This is not happening at the protests, yet.

This is from our Bitchute channel, and will also be on our Rumble channel.