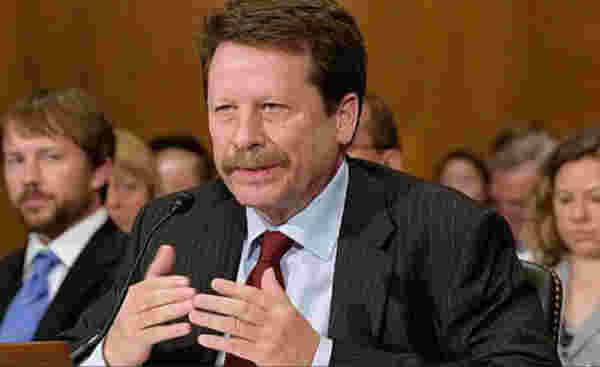 FDA Commissioner Robert Califf commented to Sirius XM’s  Doctor Radio Reports that the leading cause of death in America is “misinformation.” Suspiciously, the government created a “Disinformation Governance board” to monitor disinformation, with its director who is a known purveyor of disinformation. Whether it’s ‘dis’ or ‘mis,’ it all boils down to the government wanting us to follow their rules and do what they tell us.

Mental health being a very important part of the problem. If you think about the common chronic diseases we’re talking about good ol’ fashioned heart disease, diabetes, obesity. This is driven by day-to-day habits that people have. Driven largely by the information they’re ingesting and not driven by the information they should be getting about the measures that are effective. One that we have a lot of control over is we now have generic medicines for most of those that are pretty inexpensive and a lot of people aren’t taking them. We got to reach people with secondary prevention but also make sure we flood the airwaves and our personal interactions with positive, reliable, useful information.

No, Dr Carliff, the airwaves are flooded already with information – so much of it that people are burned out. (Speaking for myself). Every kind of drugs and all their adverse side-effects are advertised…except for the Covid vaccine that constant propaganda told us was “safe and effective.” The powers that run the medical community have spent years and countless millions of dollars trying to indoctrinate people to eat what they want us to eat, and alter our lifestyles to do what they want us to do. Then they moved to a vaccine that has adverse effects of everything from blood clots to major migraines, miscarriages, heart problems and even death. But they never told us about those potential side effects.

Have you ever heard of anyone not taking medicine for a cold? No. There are therapeutics out there for nearly everything from ordinary colds to diabetes. Are people not taking those? No, they take them in spite of some serious side effects.

But let’s start with the Covid vaccine that was free. It has poor efficacy. Just look at White House Staff that have tested positive numerous times after all of them are vaxxed and boosted. Several fully vaxxed cruise ships were hit with Covid-19 recently. When people test Positive for C19 so many times in a row we have to start questioning whether the vaccine really works, or whether it was just a money-maker for the pharmaceutical companies and certain government officials. Is that misinformation?

DMED has always been one of the most accurate databases for adverse reactions. Maybe not anymore.

Based on data from the Defense Medical Epidemiology Database (DMED), Thomas Renz, an attorney who is representing three Department of Defense (DoD) whistleblowers, reported that these whistleblowers found a significant increase in registered diagnoses on DMED for miscarriages, cancer, and many other medical conditions in 2021 compared to a five-year average from 2016-2020. For example, at the roundtable Renz stated that registered diagnoses for neurological issues increased 10 times from a five-year average of 82,000 to 863,000 in 2021.”

Senator Johnson also raised concerns that “some DMED data showing registered diagnoses of myocarditis had been removed from the database.”

The Military responded by saying the data was compromised by a “glitch” so they had to pull it off line and find out were the glitch occurred. Some claimed that “anti-vaxxers” contaminated the data. Fact checkers claimed that data was faulty. The Military scrubbed the data to make it look more in line with other years. DMED is no longer the most reliable source of information. So was ALL the adverse information incorrect? Is that why the FDA pulled back on the Johnson and Johnson vaccine due to the blood clot problem? And what about the number of miscarriages after taking the vax?

It’s all “misinformation” you know. Don’t look over there, look here. Listen to the people who tell us what to do and how to think. My response? Stuff it, Mr FDA Commissioner.

Featured screenshot of Dr Robert Carliff from his confirmation hearing

Sign up for our Uncle Sam’s Misguided Children newsletter! Our website link has been censored on Facebook and Instagram, so be sure to visit us on the web or Parler, MeWe page and group, GAB, Gettr and new Instagram account is here. Here is the link to our gun store at https://unclesamsguns.com/.