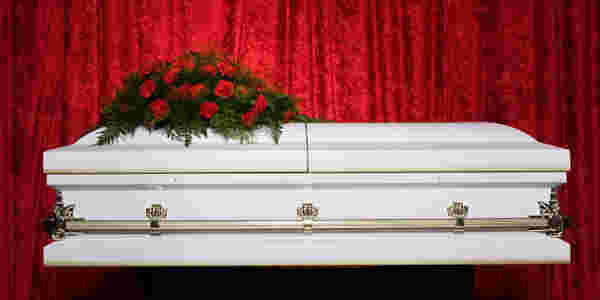 Editor’s Note: Data from the CDC’s VAERS database has been acknowledged as incomplete by government officials for years. They say that the vast majority of actual incidents is anywhere from ten to a hundred times higher because most adverse reactions simply go unreported. This is especially true in the age of Covid with Big Pharma doctors and hospitals discouraging patients from making reports. That’s very concerning when we learn in Megan Redshaw’s article below what’s being reported. Based on expert opinions, that means there have been anywhere between 300,000 and 3,000,000 deaths in America from the Covid jabs, which jibes with reports of massive increases in non-Covid mortality since early 2021.

The Centers for Disease Control and Prevention (CDC) today released new data showing a total of 1,261,149 reports of adverse events following COVID-19 vaccines were submitted between Dec. 14, 2020, and May 6, 2022, to the Vaccine Adverse Event Reporting System (VAERS). VAERS is the primary government-funded system for reporting adverse vaccine reactions in the U.S. Second and third doses of Pfizer’s COVID-19 vaccine provide protection against the Omicron variant for only a few weeks, according to peer-reviewed research published today in JAMA Network Open.

“Our study found a rapid decline in Omicron-specific serum neutralizing antibody titers only a few weeks after the second and third doses of [the Pfizer-BioNTech] BNT162b2,” the authors of the research letter wrote.

The authors said their findings “could support rolling out additional booster shots to vulnerable people as the variant drives an uptick in new cases across the country,” Forbes reported.

Danish researchers studied adults who received two or three doses of BNT162b2 between January 2021 and October 2021, or were previously infected prior to February 2021 and then vaccinated.

After the third shot, neutralizing antibodies against Omicron fell 5.4-fold between week 3 and week 8.

The FDA’s top vaccine official told a congressional committee on May 6 that COVID-19 vaccines for kids under 6 will not have to meet the agency’s 50% efficacy threshold for blocking symptomatic infections required to obtain Emergency Use Authorization.

“If these vaccines seem to be mirroring efficacy in adults and just seem to be less effective against Omicron like they are for adults, we will probably still authorize,” Dr. Peter Marks, director of the Center for Biologics Evaluation and Research at the FDA told the House Select Subcommittee on the Coronavirus Crisis.

The FDA is reviewing data from Moderna’s two-shot vaccine for infants and toddlers 6 months to 2 years old, and for children 2 to 6 years old. The company asked the FDA on April 28 to approve its COVID-19 mRNA-1273 vaccine for children, citing different efficacy numbers than it disclosed in March.

The FDA is still awaiting data on Pfizer and BioNTech’s three-dose regimen for children under age 5 after two doses of its pediatric vaccine failed to trigger an immune response in 2-, 3- and 4-year-olds comparable to the response generated in teens and adults.

In an interview on CHD.TV’s “The People’s Testaments,” Dr. Joel Wallskog described how he was diagnosed with transverse myelitis after getting the Moderna COVID-19 vaccine, and why he now devotes his time to helping others injured by the vaccine.

In September 2020, Wallskog said, staff members in the clinic he referred patients to began coming down with COVID-19. Although Wallskog did not feel ill, he got an antibody test and it was positive.

When a close friend came down with COVID-19 and had to be intubated, Wallskog decided he should get vaccinated, despite reservations and having already acquired natural immunity.

About a week after receiving his vaccine, Wallskog’s feet became numb and he developed “electrical sensations” down his legs when he bent his head forward. When he began having trouble standing, he ordered emergent MRIs and was found to have a lesion on his spinal cord.

A neurologist diagnosed Wallskog with transverse myelitis, a disorder caused by inflammation of the spinal cord.

Despite various treatments and rest, Wallskog suffers pain and numbness and is unable to stand long enough to perform surgery. His career came to an end in early 2021.

Dr. Robert Jackson, a practicing rheumatologist for 35 years said 40% of the vaccinated patients in his practice reported a vaccine injury, and 5% are still injured. Jackson has more than 5,000 patients, about 3,000 of whom received a COVID-19 vaccine.

Jackson said he’s had 12 patients die following the shot, whereas he normally sees one or two deaths in his patient base a year. About 5% of his patients developed a new condition that makes them susceptible to blood clotting.

Jackson’s observations are consistent with a study published in the BMJ that assessed the safety of vaccines against SARS-CoV-2 in people with inflammatory/autoimmune rheumatic and musculoskeletal disease from the EULAR Coronavirus Vaccine (COVAX) physician-reported registry.

The study showed 37% of 5,121 participants had adverse events and 4.4% of patients had a flare-up of their disease after vaccination.