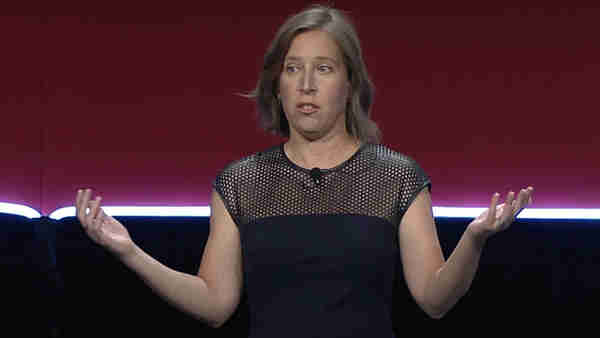 Share to the world...
Source Link: https://reclaimthenet.org/youtube-ceo-promises-to-tackle-misinformation-to-win-over-corporate-cash/
All for the brands. YouTube’s CEO is continuing to position the Big Tech platform as a direct competitor to legacy TV, as she commits to censoring more content to win over big advertisers who want “safe,” conformist content.

During its Brandcast presentation that took place last week, YouTube claimed it is now a direct competitor to traditional TV.

“We’re so excited to be at the upfront this year,” YouTube’s CEO Susan Wojcicki said. “We’re here because YouTube is the mainstream.”

Wojcicki also said that YouTube has a “deep commitment” to censor misinformation.

“We have a very deep commitment to responsibly protecting our community and making sure that we are on the right side of history. We have invested in our people, policies, and machine learning technology to make sure that we can responsibly tackle misinformation,” Wojcicki said, in an attempt to attract big brands.

Since the beginning of the pandemic, when circumstances forced more people to use TV apps, YouTube expanded its ad options, tapping into ad dollars that predominantly went to traditional TV. In 2021, YouTube’s CTV service gained access to the Nielsen metrics that traditional TV uses.

During its presentation, YouTube cited some statistics supporting its claim that it is a direct competitor to traditional TV. Nielsen’s data revealed that, across all devices, YouTube reached 96% of the population aged 25 to 54 in the US alone.

In December 2021 alone, Nielsen found out that YouTube reached 135 million people in the US through connected TVs. And, YouTube accounts for more than 50% of ad-supported content on connected TV among people aged 18 and above.