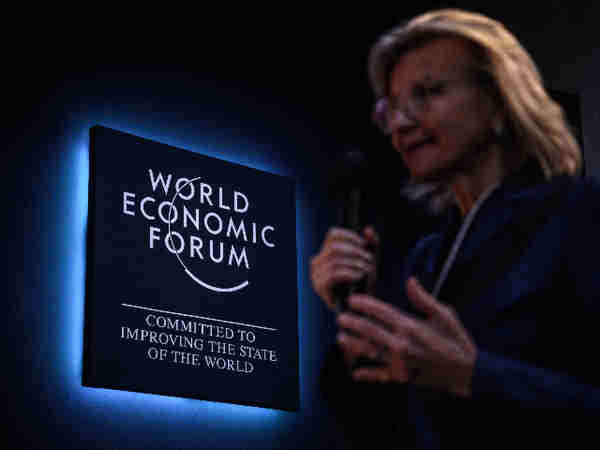 Rumours, falsehoods, division, and hate speech should be suppressed by social media algorithms, according to a “freedom of the press” panel at the World Economic Forum in Davos on Thursday.

The WEF panel, which was held in collaboration with Time magazine, featured the head of Soros-backed Human Rights Watch, Kenneth Roth, who argued that social media should not focus on banning or overt censorship but rather on algorithmic manipulation in order to promote content from a “subset of society… journalists” to convey information as “carefully as possible” to the public.

“The algorithms are written to promote engagement because engagement is profitable, engagement is more eyeballs, and what is engaging? The provocative, rumours, falsehoods, hate speech, divisiveness.

“I don’t focus so much on what should be taken down, the overt censorship, but rather what is being promoted. If algorithms are promoting information that in essence is false or divisive because it is profitable, there I think there is accountability that is quite warranted for these companies”, Roth said.

The statements from Roth fall in line with previous arguments from the globalist World Economic Forum, which has previously called for the promotion of “diversity and anti-bias” on social media.

A blog post published by the WEF last April said that “technologies can be designed and developed in an inclusive manner by engaging those who are affected by online hate and discrimination.”

The post said that tech companies should partner with organisations such as the Anti-Defamation League (ADL), which has already reportedly begun working with PayPal to blacklist and surveil so-called extremists.

“Unless tech companies want to play catch-up on a constant basis, they should move beyond detection and content moderation to a holistic and proactive approach to how hatred is generated and disseminated online,” the WEF argued. Roth went on to argue that social media has undermined journalistic strictures by empowering “autocrats” to speak directly to the public without the filter of news editors and journalists.

While the left-wing Human Rights Watch chief admitted that newsroom editors “are not perfect”, pointing the editors at Fox News who “somehow are letting Tucker Carlson to talk about the replacement theory,” Roth argued that the fact-checking features of the mainstream media was essential for democracy to function.

“Social media has become a way for autocrats and others to evade journalistic accountability. It used to be that to get information out you would need to pass through an editor,” he said.

“Social media, great as it is for allowing anyone to speak, great as it is for hidden corners of the world to be magnified, it has the downside of letting powerful institutions or governments speak directly to the people and evade efforts to present information responsibly.”

While some authoritarian regimes, notably Communist China, proliferate propaganda accounts on Western social media, similar arguments were made of democratically elected political leaders such as former President Donald Trump, who was censored by all major social media platforms — a fact that was not included in the alleged threats to freedom of the press by the WEF panel.

While targeting press issues in countries such as Israel, Hungary, Egypt, and the Philippines, the panel also failed to note the censorious efforts of Neo-liberal governments in the West, such as the Biden administration’s attempt to establish a Ministry of Truth-style ‘Disinformation Governance Board‘, or indeed the Online Safety Bill in Britain and the Digital Services Act in the European Union, both of which have been criticised for severely curtailing freedom of speech.