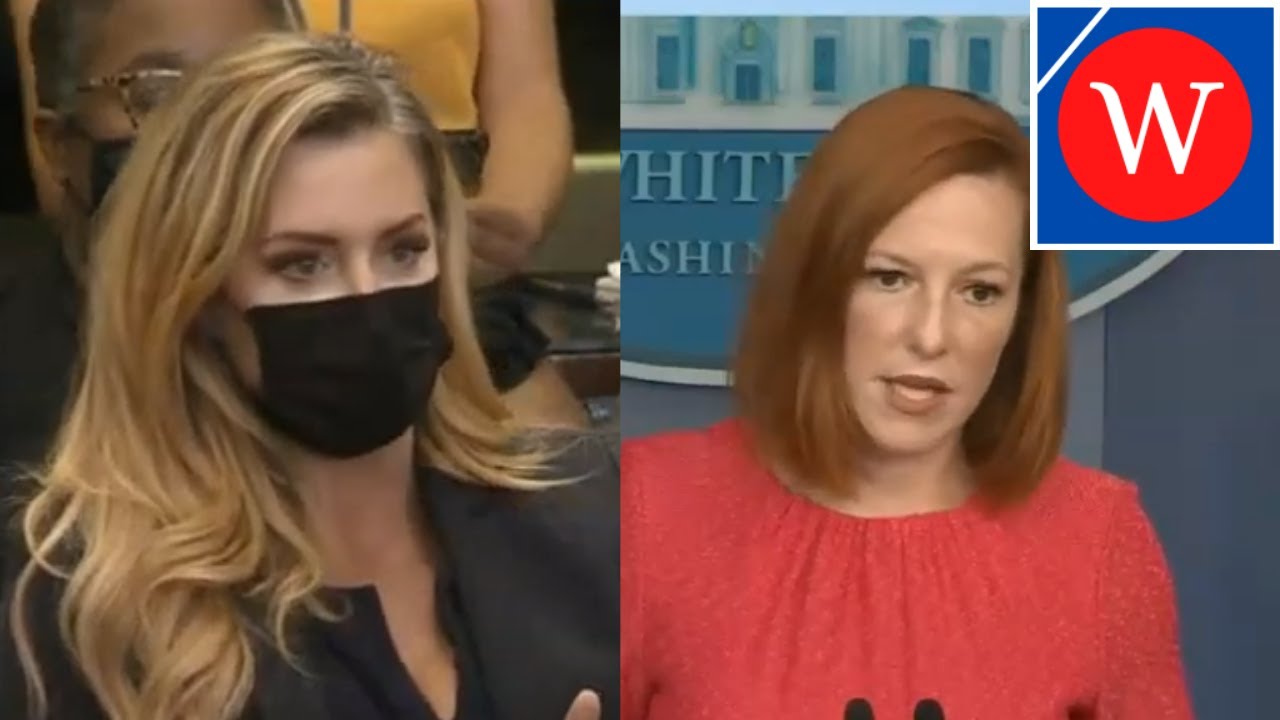 If the political parties were reversed, the entire White House press corps would be having apoplectic fits about the White House withholding COVID-19 treatments from New York or California, with endless articles written about how Donald Trump was intentionally politicizing healthcare and purposefully killing his political opposition.  Seriously, not an exaggeration; there would be no bigger scandal in the U.S. right now, and congress would be having emergency hearings with subpoenas already en route to HHS officials.

Alas, as the administration of Joe Biden steps in to take control over Monoclonal Antibody (mAb) inventories and distribution, block red states from receiving the treatment, and making grand pronouncements about controlling supply based on “equity”, the White House press corps sits on their hands….  except Newsmax reporter Emerald Robinson.

Watch Jennifer Psaki lie, twist, obfuscate and manipulate the discussion in an attempt to defend an indefensible position when questioned by Robinson about Biden’s recent moves to punish Florida.  This is one of the most insufferably twisted answers from the podium to date.  WATCH:

First, keep in mind Florida Governor Ron DeSantis was initially blasted by progressives, the media writ large and the White House for his support of Monoclonal Antibody treatment.  The mainstream media even attempted to claim that DeSantis’ support for the treatment was based on some financial benefit to the primary manufacturer, Regeneron.  A completely false narrative that quickly collapsed as DeSantis continued setting up dozens of mAb treatment centers around Florida.

As soon as they noticed the approach was working, HHS moved to block the DeSantis mAb program by taking control of the inventory:

On Monday, September 13, HHS transitioned from a direct ordering process to a state/territory-coordinated distribution system similar to that used for the distribution of mAbs from November 2020 – February 2021. (link)

Second, the issue of mAb use has nothing to do with vaccination status.  The COVID-19 virus has been shown to impact vaccinated people just as much as non-vaccinated.  Currently half of the people receiving mAb treatment are already vaccinated, infected and sick despite their vaccinated status.

Third, in her response Ms. Psaki attempts to define distribution “equity” as if Florida and Oklahoma have the same population.  Ridiculous in the extreme.  Oklahoma has 3.9 million residents and Florida has 22.9 million.  The population of Florida is six times as great as Oklahoma… and two months ahead in setting up treatment centers expanding their capacity to use it.

Lastly, the appropriate response to a shortage of the treatment is to increase production of that product, not to ration it.