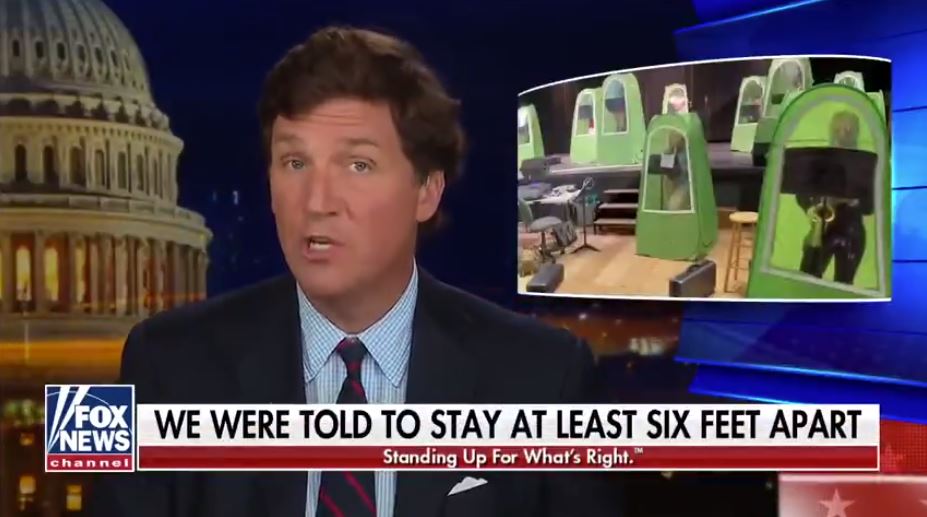 Today’s distancing protocols originate in the 19th century. In 1897, German hygienist Carl Flügge proposed 1 to 2 meters (3 to 6 feet) as the distance pathogen-containing droplets could travel. A 1948 study found that only a small minority of droplets traveled this distance.

The Lancet:  “For the general public, evidence shows that physical distancing of more than 1 meter [3.2 ft.] is highly effective”.  Note:  USG is using 6 ft.

In 1897, a German scientist named Carl Flügge wrote a book called “Uber Luftinfection” — “Over the Air Infections.” He thought if you kept enough physical distance between people who are sick and those who are well, you can prevent the spread of germs.

It was just a theory, one that scientists tried to test out using glass plates, and he came up with six feet.

It wasn’t until we had high-speed photography in the early 1940s that scientists saw a sneeze, or cough or yell could send liquid droplets out three to six feet.

A new study just published in the journal Clinical Infectious Diseases says three feet is enough as long as everyone is masked.

The American Academy of Pediatrics recommends school desks sit at least three feet apart and six if possible. It admits in many schools, six feet is going to be tough.

Even Dr. Anthony Fauci now says three feet seems to be enough to block transmission of the virus.

The Centers for Disease Control and Prevention says it’s looking into it. The CDC still says six feet for now, but the World Health Organization is recommending three feet.