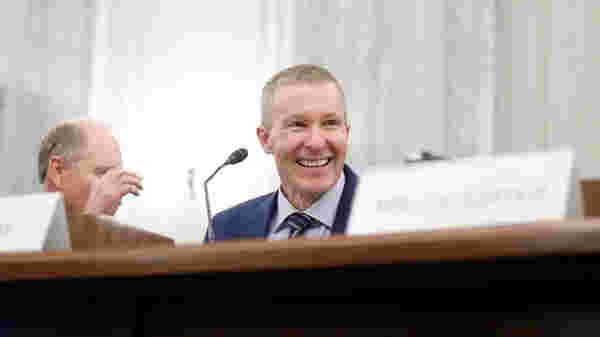 Share to the world...
Source Link: https://thehill.com/policy/transportation/3490958-united-airlines-ceo-planes-safe-for-passengers-who-dont-want-to-wear-masks/
Editorial Note:  Scott Kirby, CEO of United Airlines, has been the single most discriminatory airline CEO of all.  He forced unvaccinated employees to take unpaid leave, effectively firing them, while being big-pharma’s biggest, most vocal support of COVID-19 vaccinations.  His company is the subject of lawsuits for violating religious freedoms using medical grounds as a rationalization. It’s important to note that he exhibited high levels of corporate tyranny even without the existence of mandates from the government, which were illegal.  There are many stories that have spun Kirby and United Airlines in a positive light but they are deceptive as his behavior has been the exact opposite. United Airlines CEO Scott Kirby on Tuesday said that planes are safe for passengers who don’t want to wear masks, adding that it is the safest indoor environment for people.

“It literally is the safest environment you’re gonna be indoors anywhere that you are,” Kirby said while making an appearance on “CBS Mornings,” adding that the second safest place for an individual would be a hospital ICU. He noted, however, that airplanes have 10 times more airflow than an ICU.

“That’s why being on an airplane next to two people in a middle seat is the equivalent of being 15 feet away from someone in a building,” Kirby said. “You’re safer sitting next to me on an airplane that you are sitting across from me right now.”

Kirby pointed to the airflow on planes, saying that it recirculates every 2 to 3 minutes through HEPA grade filters, or high-efficiency particulate air filters, which he said removes at least 99.97 percent of dust, pollen, mold, bacteria, and any airborne particles with a size of 0.3 microns, according to the Environmental Protection Agency.

The CEO’s comments come as Americans are still divided on whether mask-wearing should be required on flights, with 49 percent in a new Gallup poll saying that the government should mandate masks on airplanes for people 2 years old and up, while 51 percent said that masks should not be mandated for plane travel.

In April, airlines ended their mask mandates on planes after Transportation Security Administration announced that it would no longer enforce its mandate in accordance with a federal court ruling striking down the government’s mask mandate on public transportation.