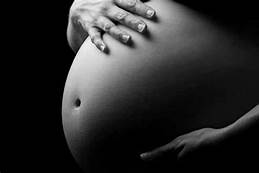 *UPDATE: Dr. Robert Malone has been locked out of his Linked In account
**UPDATE: The NEJM Letter to the Editor has been removed from the internet without explanation

Despite no pregnant women being enrolled in the trials used to obtain an emergency use authorization (EUA) for the mRNA Coivd shots, agency public health ‘experts’ came out the gates in a united front to defend product safety in this biologically-vulnerable group. Looking and sounding more like a religion, ‘experts’ asked populations to sidestep medical ethics to believe in an untested theory without science, research and long term safety studies.

Fact-checker organizations mindlessly followed suit with ham-fisted censorship campaigns to neutralize anyone daring to investigate or ask basic questions about the safety of these experimental gene therapy products.

“Several vaccine candidates are expected to induce the formation of humoral antibodies against spike proteins of SARS-CoV-2. Syncytin-1, which is derived from human endogenous retroviruses (HERV) and is responsible for the development of a placenta in mammals and humans and is therefore an essential prerequisite for a successful pregnancy, is also found in homologous form in the spike proteins of SARS viruses.”