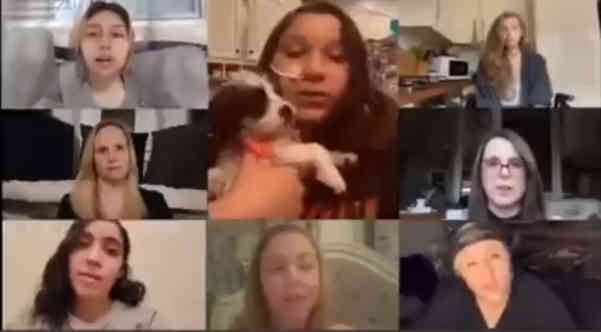 What happens when 3 billion vaccinated people have undiagnosed myocarditis?

I went to the nail salon this week, and there was a young women working there who started weeping inconsolably in a corner. I asked the manager what was wrong. “She just lost her mother” was the reply. She had died in her sleep suddenly though she was perfectly healthy.

This last weekend, I had attended the funeral of an old friend. He was perfectly healthy too, and then he got late-stage pancreatic cancer — and he was gone a few months later. That was the exact same story for another friend. He was healthy as a horse, until he wasn’t — because he too had suddenly developed late-stage pancreatic cancer.

Not to mention a young (and very fit) mother I know who just got a check-up, and was told that she too has suddenly developed aggressive cancer in her early 40s.

The perfectly healthy are getting bad cancers much too frequently now.

The perfectly healthy are dying suddenly.

What all of them shared was being vaccinated.

Steve Kirsch on Substack has conducted a survey (done by a third party) and the results are so disturbing that nobody in the corporate media will touch it.

Ten million Americans had to be hospitalized after taking the vaccines.

At least 600,000 Americans died after getting vaccinated.