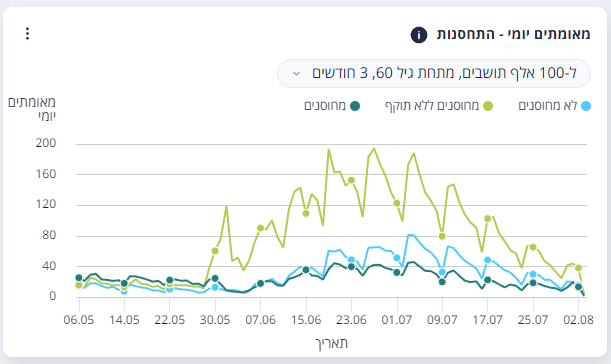 Israel’s latest COVID wave, the eighth for those who are still counting, started in early June and is nearing its end.

Just last year Israel’s prime minister, as part of the international coercion campaign against the unvaccinated, described the young and unvaccinated as “walking around with a machine gun firing Delta variants at people.”

This was said even though the Ministry of Health’s (MoH) own data showed no difference in infection rates between the vaccinated and unvaccinated. That was in the summer of 2021.

How the tables have turned. By the summer of 2022, the last two waves of infection in Israel were driven solidly by the vaccinated population. The same people who were conned into taking a vaccine because government officials claimed it would prevent the spread of COVID, became its biggest spreader.

The wave early in spring 2022, as reported by Frontline News was driven by the vaccinated and boosted. They were getting infected at a higher rate than the unvaccinated.

And so it continued with the summer wave. Taking the last three months together, there was a total of 492,539 new cases across the country. Only 17% of them (83,678) were unvaccinated, according to MoH’s dashboard.

Light green line shows positive COVID test results for the vaccinated but who did not get a booster within six months aka “expired”. The light blue line shows the unvaccinated. And the Dark green line shows those who have taken a vaccine within the last six months aka “vaccinated”. All numbers are normalized to their proportion in the population (per 100k). This graph shows only infections of those under age 60 (limitation of the dashboard). Figures 492,539 and 83,678 stated above are from the downloadable spreadsheet.

However, during the same three-month period the unvaccinated made up a consistent 29% of the population making them about half as likely to test positive compared to the vaccinated (29% vs 17%). This phenomenon of negative vaccine effectiveness has been well documented in many other countries and recorded in the medical literature, including one study that showed a -76.5% effectiveness for the Pfizer shot 90-150 days after vaccination. (See table below from study.)

Since the MoH does not report the number of tests based on vaccination status, we can’t eliminate a possible selection bias in the sample. Selection bias would manifest if the vaccinated tested themselves at a disproportionately higher rate. This could help explain the discrepancy.

Nevertheless, with the vaccinated getting infected disproportionately more than the unvaccinated, it’s a wonder that the government didn’t impose restrictions on them to prevent the spread of COVID, and ‘cut the chain of infection’, or at least recommend that they take vitamin D which has been shown to reduce infection.

It’s often remarked that while the vaccine does not stop the spread, it reduces hospitalization and deaths. This is perhaps the most selfish argument made during the entire pandemic.

After months of lockdowns and draconian restrictions ostensibly to slow the spread of COVID, there is now a vaccine that is not only approved but, mandated, which is strongly correlated with the increased spreading of the virus. And the argument in its defense is that it protects the one who took it. What would be said about ivermectin if it showed results like that?

The other public health objective of vaccination was to reduce the load on the hospitals. When comparing the three summer waves, the first in 2020 before the vaccination, the summer of 2021, and this summer, one would have expected peak hospitalization to decline with each wave since the population was largely vaccinated before the last two summer waves. In addition, the virus itself diminished in strength with the Delta and then Omicron variants.

Instead, the data shows the opposite occurred. Peak hospitalizations stood at:

See the graph below, with each arrow pointing to peak hospitalizations for each summer wave. 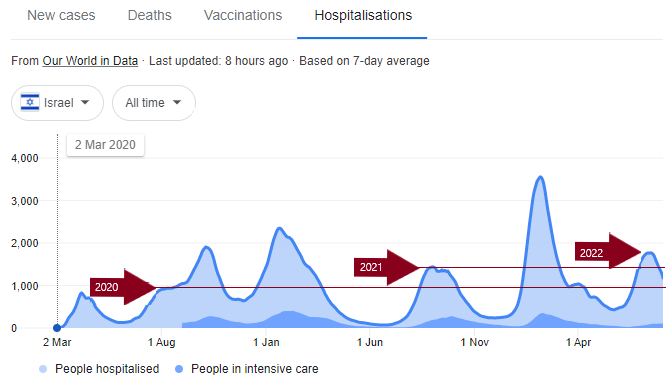 Since hospitalization data and the data showing infections based on vaccination status have both been manipulated in the past by the MoH, it is reasonable to assume that the real situation is even more concerning.

During this summer’s wave, it became very clear that most people who had their vaccination “expire”, did not take another injection to keep themselves “up to date”.

The percentage of people whose vaccination was up to date stood at 62% at the end of May, now, at the beginning of August, only 8.5% of the eligible population are up to date. 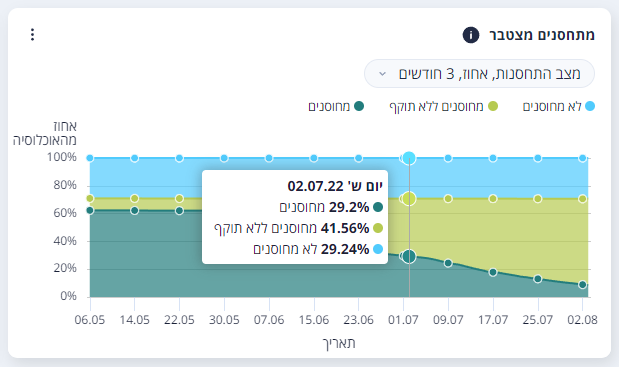 In addition, parents are not vaccinating their children in droves either. Only 3.8% of children 5 – 11 are up to date in their vaccination, and a full 79% have never received any COVID shot. 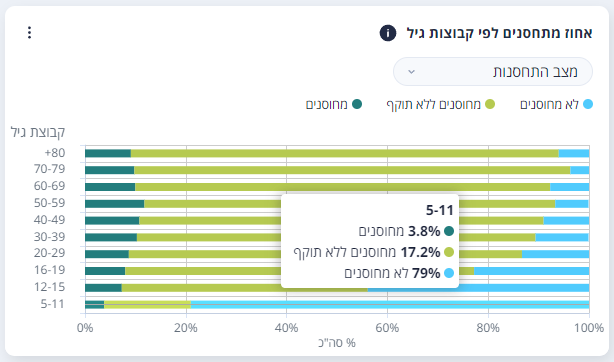 The numbers are even lower for the 6 months – to 5 years age group, only 0.04% have even booked an appointment to get the shots.

The Israeli population who were enrolled in the real-world experiment by their government’s agreement with Pfizer, seem to be losing their enthusiasm for continuing.

The stated objective of the agreement was to “Evaluate whether herd immunity protection is observed during the product vaccination program rollout.” Now that it is clear the product has not produced that effect and is closely associated with significant damage, more and more of the Israeli public are refusing to participate.