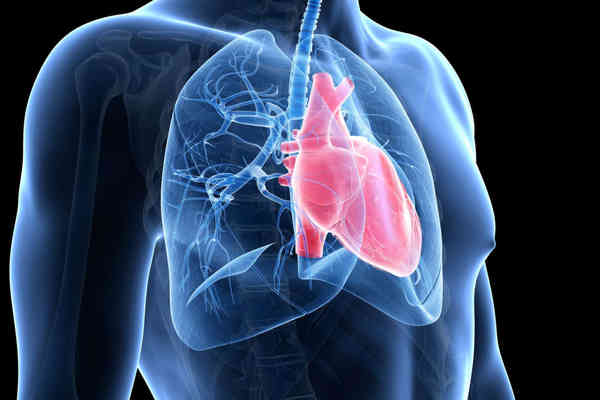 Share to the world...
Source Link: https://dailysceptic.org/2022/06/27/serious-heart-inflammation-44-times-higher-after-covid-vaccination-nature-study-finds/
BY WILL JONES The risk of being hospitalised with heart inflammation is up to 44 times higher following Covid vaccination, a study in Nature has found.

The study, which examined the vaccination status of all 1,612 hospital cases of myocarditis and 1,613 hospital cases of pericarditis in France between May 12th and October 31st 2021, found that the risk of being hospitalised with myocarditis was 8.1 times higher in the week following a Pfizer second dose (95% confidence interval [CI], 6.7 to 9.9) and 30 times higher following a Moderna second dose (CI, 21 to 43).

When the findings are broken down by age, elevated risks are found in younger adults. In the week following a Moderna second dose, the risk for males aged 18-24 was 44 times higher (CI, 22–88) and for females was 41 times higher (CI, 12–140). The risk following a Pfizer second dose decreased with age, peaking at 18 times higher in males aged 12-17 (CI, 9–35), whereas the risk from the higher-dose Moderna vaccine did not decrease with age. The results by age are depicted in the chart below (note the logarithmic scale, which compresses the higher numbers). 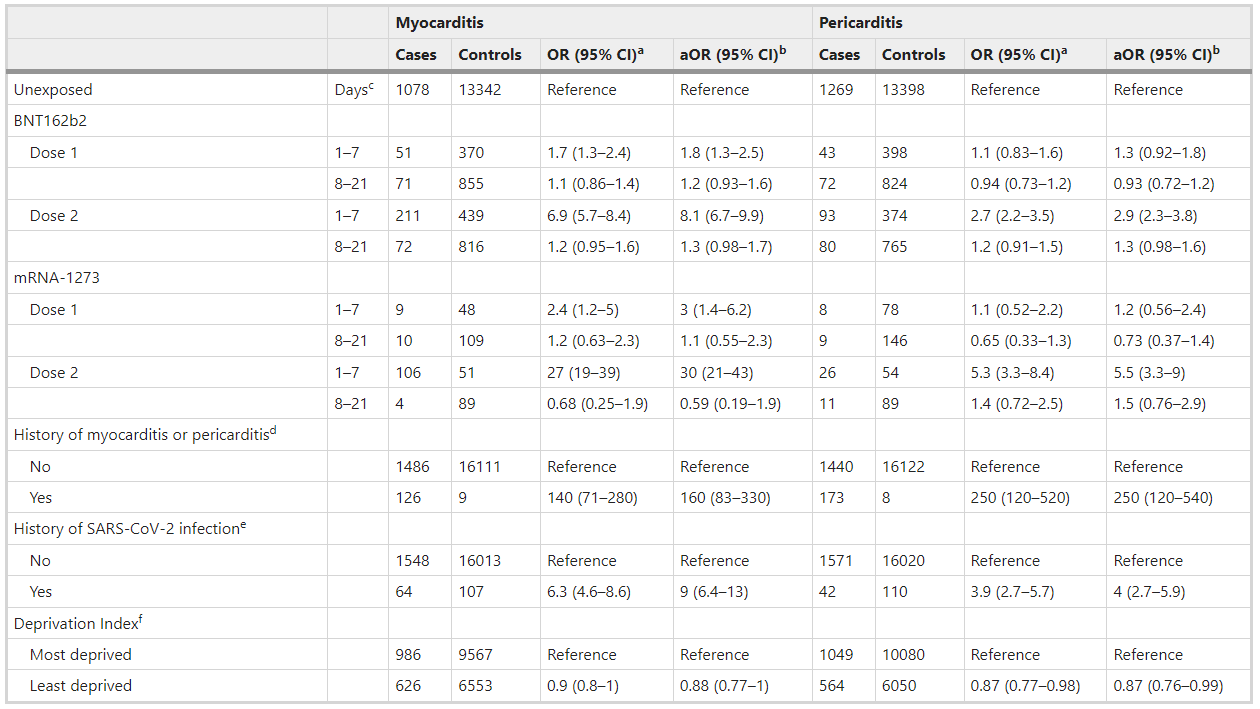 The researchers explain why their evidence is strongly indicative of a causal relationship between the vaccines and heart inflammation.

Noting the study’s short follow-up time, the authors recommend that future studies should be based on a longer period of observation and so investigate the risk related to the ‘booster’ doses of the vaccines and any long-term consequences of the heart inflammation. They also noted that any milder myocarditis cases not requiring hospital treatment were not included in the current study.

The study findings are in line with those of other studies, including one from Scandinavia published in the Journal of the American Medical Association (JAMA) in April, which found the risk of hospitalisation with heart inflammation was many times higher following vaccination with an mRNA Covid vaccine.

With healthy young adults at low risk of developing serious Covid, and heart inflammation just one of many adverse effects of the Covid vaccines, isn’t it time these vaccines were withdrawn for younger people?