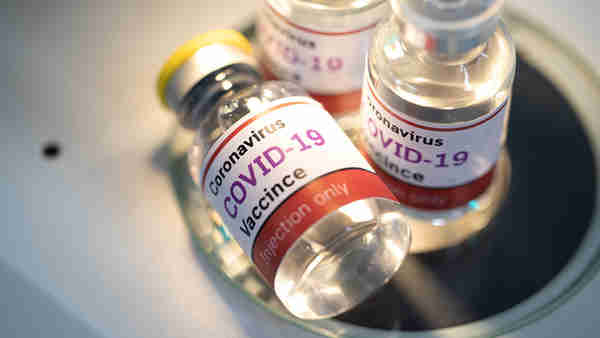 (Natural News) Almost four billion people have them inside their bodies, and yet their composition isn’t fully known or disclosed. Scientists in different parts of the world continue to discover strange objects in the Wuhan coronavirus (COVID-19) vaccines.

The German scientists presented their findings in a little-publicized press conference held at the pathology laboratory in Reutlingen. Some of the foreign objects were described as “accurately constructed.”

The live-streamed press conference was organized by the Stiftung Corona-Ausschuss, which can be loosely described as Germany’s equivalent of America’s Frontline Doctors. As expected, the presentation was slammed by Germany’s mainstream media.

Unknown objects found in the blood of vaccinated Germans

Dr. Ute Langer, a physician and a surgeon, facilitated the photo and video presentation where topnotch professors Dr. Anne Burkhardt, Dr. Walter Lang and Dr. Werner Birkholz expounded on the unknown particulates contained in the blood of some vaccinated people.

Burkhardt, who spearheaded the event, was at the helm of the Institute of Pathology in Reutlingen for 18 years and taught at universities in Hamburg, Bern and Tübingen. He has published over 150 articles in scientific journals and did study visits in Japan, the U.S., South Korea, Sweden, Malaysia and Turkey.

Lang served as pathologist at the Hannover Medical School for 17 years before founding and running a private institute for pathology in the German city. Birkholz was a former professor of electrical engineering at Jacobs University in Bremen. Before that, he worked in the management of the chief editorial office of Siemens.

The German scientists noted moving objects after they got sufficiently warmed up.

While the German presentation, which also dwelled on whether the vaccines really have side effects, was met by skepticism, the Japanese report was well-received and triggered worldwide demands for suspension of the COVID-19 vaccinations.

Japan recalled 1.63 million doses of Moderna vaccines due to contamination

Takeda, the distributor of the Moderna vaccine in Japan, recalled three lots of the Spikevax vaccine containing 163 vials equivalent to 1.63 million doses even though the stainless steel particulates, later traced to a manufacturing issue in a production line of Moderna’s plant in Spain, were deemed as harmless.

After the suspension, Takeda, which first reported the strange find on August 16, forged a deal with Novavax for 150 million doses of  NVX-CoV2373 COVID-19 vaccine.

The discovery of impurities in vaccines is no strange matter.

The truth is, scientists have added some queer things such as aluminum and shark liver extracts to vaccines dating back to 1925.

That time, French veterinarian Gaston Ramon decided to add kitchen ingredients such as tapioca, starch, agar, lecithin and bread crumbs to a new diphtheria vaccine on horses – and they worked wonders.

Thus, the field of “adjuvants,” substances which can be added to vaccines to make them more effective, was born and continued to this day. (Related: The 9 most SHOCKING vaccine ingredients of 2018.)

Aluminum is the most common adjuvant and could be found in diphtheria, tetanus, whooping cough, hepatitis, Japanese encephalitis, meningitis and anthrax vaccines. Also widely used as adjuvants are squalene and extracts from the bark of the quillaia tree. Of late, disembodied tails of bacteria and “bacterial ghosts” made from their empty skins are being infused to make vaccines even more effective.

While vaccines are estimated to save three million lives yearly apart from preventing lifetime disabilities, their repeated injections, just like with the COVID-19 vaccines, pose some concern.

After all, nobody, not even scientists, exactly knows what will these vaccines eventually do to the body in the long term. And the fact that 3.97 billion people, representing over half of the world’s total population of 7.9 billion, including 209 million Americans, have them in their system is alarming, if not frightening.

Watch the video below about German doctors discovering foreign objects in vaccines and the blood of the vaccinated.