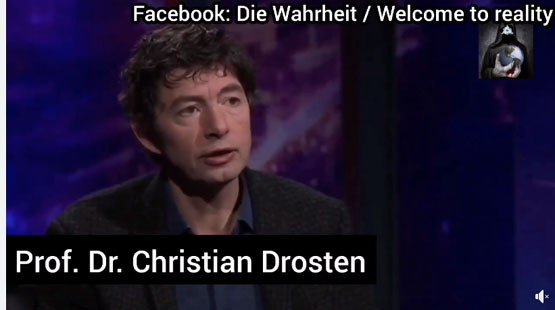 The German virologist Professor Dr. Christian Drosten is THE face of the current corona crisis! The weekly magazine Stern even ran the headline in March 2020: “The coronavirus has made virologist Christian Drosten the most sought-after man in the Republic, and a star.”[1]

For it was Christian Drosten who developed the PCR Corona test in January 2020, which from then on served as the standard method for detecting the Coronavirus SARS-CoV-2 worldwide. As Director of the Berlin Charité Institute, he is a very influential advisor to the German government and participated as an expert in many government press conferences.

Thus, through his assessments, he also significantly influenced far-reaching political decisions, such as the compulsory wearing of masks, the suspension of regular school lessons, or the closure of the entire catering industry.