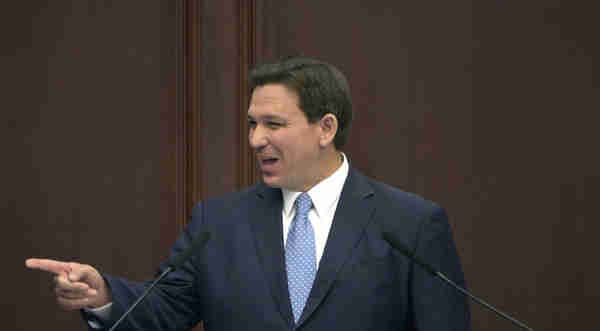 A new study from the Committee to Unleash Prosperity has some news that’s going to blow up the Democratic narrative on COVID.

The study examined all the states and looked at how they handled the pandemic. They graded the states based on the number of deaths, the economy, and the impact on education.

The bottom 10 states are — not surprisingly — the states that had the most severe lockdowns.

Guess where New York came out? You know the state that the Democrats were praising, despite former Gov. Andrew Cuomo’s nursing home scandal. They promoted Cuomo as presidential material. But according to this survey, it comes in at 49th overall, performing “poorly on every measure.” The only thing that saved New York was New Jersey which came in at 50th. According to the study, “They had high age-adjusted death rates, they had high unemployment and significant GDP losses, and they kept their schools shut down much longer than almost all other states.”

California, Illinois, and Washington, D.C. got an “F.” One of the authors of the study, Stephen Moore said that shutting down economies and schools was “by far the biggest mistake governors and state officials made during COVID, particularly in blue states.”

By contrast, guess who the best states were? The states that dealt with the virus more sensibly — states that were also concerned about education and the economy.

Utah, Nebraska, Vermont, Montana, South Dakota, and Florida were the best. 13 of the top 15 were run by Republican governors. This, of course, will blow up the Democratic narrative against Florida Gov. Ron DeSantis. While Democrats praised Cuomo, they did everything they could to attack DeSantis and lie about things he was doing in Florida. They even made up ridiculous false stories about him. But the truth is that his effort and those of the other top states were better than the failure in the Democratic states. This, even though Florida was at greater risk than some other states because of their high concentration of seniors, who were most at risk. But not only didn’t DeSantis order nursing homes to accept positive COVID patients as New York and New Jersey did, he actively passed an executive order forbidding that, doing all he could to protect the elderly. He also prioritized getting seniors vaccinated.

The study notes that “States which maximized the individual freedoms of business owners, consumers, workers and parents – and allowed their citizens to make their own risk assessments without government mandates – had the best performance.”

Liberals are having a meltdown over the study because it shoots down all their preconceptions and talking points. But the bottom line is that from the start, you needed to factor in things like the economy and education. The GOP came around to sense long before Democrats did and it had an effect. This isn’t the first study showing that lockdowns didn’t do much for COVID mortality. Johns Hopkins had a meta-analysis that came to a similar conclusion: “Such a standard benefit-cost calculation leads to a strong conclusion: lockdowns should be rejected out of hand as a pandemic policy instrument.”