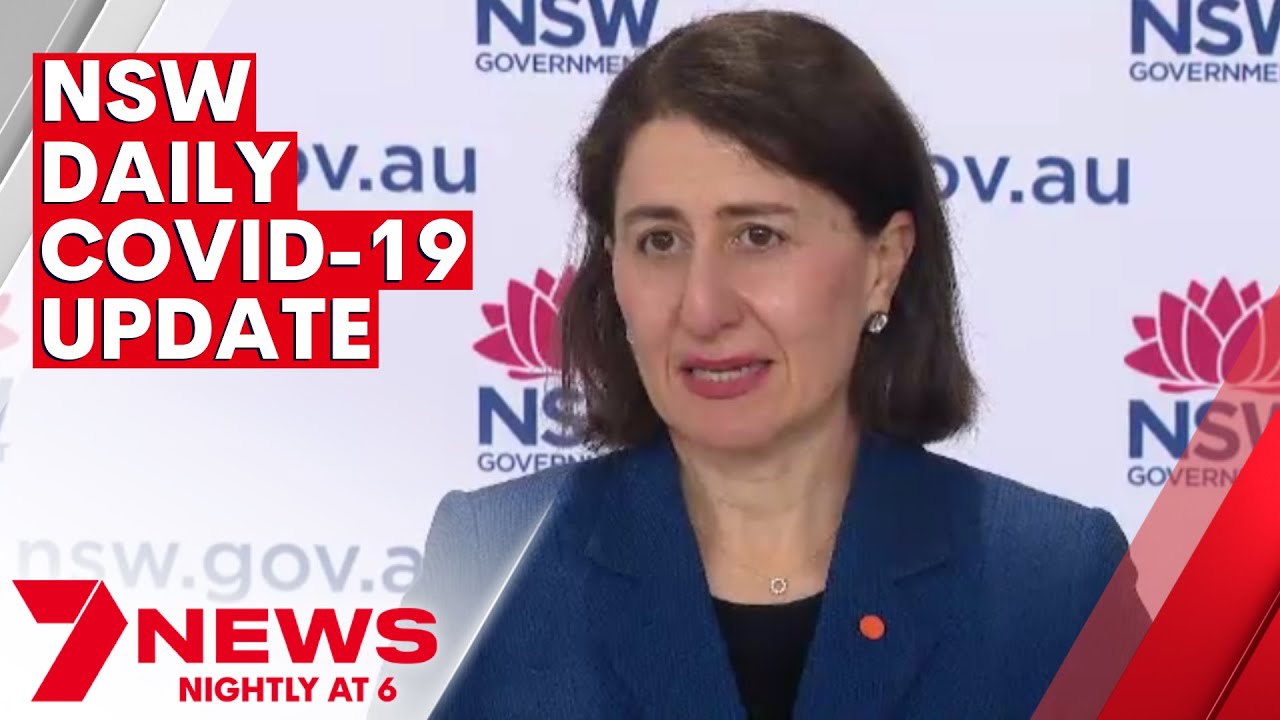 New South Wales, Australia – Premier Gladys Berejiklian has announced that once the state achieves 70% double-vaccinated status, citizens within the region will be given some freedom from the lock-down situation. The details of the freedom will be announced later; however, only vaccinated people will be permitted to participate.

The announcement from NSW followed their release of the latest COVID stats showing eight people had died of “covid-related health issues” in the past 24 hours. Two men in their nineties, two people in their eighties and three people in their seventies, died in hospital. According to the Health Minister, all of them had “pre-existing medical issues and conditions.”

Following the nationwide standard, every citizen will be required to download their proof of vaccine into their personal “QR Code” on their phone. This digital identification will be scanned at the entrances of all businesses, offices, workplaces, and venues that require entry to participate in society. This process is called “check in”, and will be monitored by the national and state governing authority who will enforce protocols for tracking each individual citizen.

This ain’t a gag folks, this is the actual nuts-and-bolts of the new process that is being rolled-out right now throughout Australia. Premier Gladys Berejiklian held a press conference yesterday, where some of larger aspects to the programs were highlighted. If you are not paying attention, you had better perk up and start looking into what they are doing.  Once they implement this, we can expect to see these standards, rules and regulations imported into the U.S. during the Biden administration.   Australia & New Zealand look like the beta-test.

Currently, NSW along with all other states with significant populations are remaining in a fully locked-down status. This includes curfews on any activity outside the home that is approved as “essential’ by the state; a ban on any travel more than 5km from the home of the citizen, and a zero tolerance enforcement policy for infractions.

The announcement by Premier Berejiklian is almost identical to a previous conference from Victoria. In that announcement, Premier Daniel Andrews proclaimed that vaccinated citizens in the state of Victoria will be allowed out of lockdown in the near future. However, freedom as defined by access to medical treatment, the ability to work, shopping, attending events and engagement in the economy writ large, will not be permitted for any non-vaccinated citizen. Anyone who is not vaccinated will remain in locked-down isolation as enforced by the state.

Here is the full press conference:

The justification for withholding access to life in Victoria and New South Wales is based on a premise that vaccinated people do not contract COVID, therefore the coronavirus is a “virus of the unvaccinated.” That statement is a completely false position. As seen in the U.S., and all other nations around the world, the vaccinated population contracts COVID in the same way as the non-vaccinated. Some studies have even shown the vaccinated population are susceptible to carrying higher loads of the virus than non-vaccinated individuals.

The vaccine provides zero-benefit from avoidance of the virus. Any claim to the contrary is totally devoid of reality, science or empirical evidence.

In some nations -like Israel- there is more than a 90% vaccinated status, and yet the COVID virus is still infecting, spiking and creating large issues with hospitalization for those at greatest risk. A large percentage of that Israeli population is now triple-vaxxed; and yet, the issues continue. Conversely, in Sweeden and parts of the U.S, the economy and society is largely open, and the variant viruses are running through the vaccinated and non-vaccinated population without a significantly disparate outcome.

Keep in mind, the survival rate from infection is stunningly disconnected from the severity of these mitigation efforts. The overall risks are very small except for those with pre-existing conditions that make them vulnerable to a respiratory virus.

Several weeks ago, I would have dismissed opinion that Australia and New Zealand were some sort of testing ground for the ability of a government to control the activity of the population. However, as I have watched the two nations conduct their COVID mitigation efforts; and contrast their claims against the reality of what is happening on the remaining parts of planet earth; I can no longer dismiss that theory…. in fact, I am becoming increasingly convinced that is exactly what is going on.

There is just no other way to explain the disconnect between: (1) what Australian political officials and state run health offices are saying; (2) the scale and scope of the totalitarian COVID mitigation efforts -writ large- they are executing; and (3) the reality of experiences in the rest of the civilized world.

The Australian government is not in an isolation bubble with the incapacity to see the world around them and communicate with other nations. They know what is happening around the world, and those worldwide events are completely contradictory from the decisions being made by the government officials down under.

What in happening in Australia and New Zealand for COVID mitigation is being done with intent and purpose; yet, it is devoid of sense when contrast against the rest of the world.

Therefore, if we accept these officials are not literally stupid people; and if we accept they possess a reasonable constitution; the only reconciliation of their conduct is that some guiding element is instructing them to conduct their national affairs as if the experiences of the rest of the world are non-existent. That would seem to affirm there is some sort of wide-spread social test happening down-under.

The most bizarre part of accepting the premise that Australia and New Zealand are testing grounds for government control in the 21st century, is then asking yourself how a nation of 25.5 million people cannot see their fishbowl of crazy. Surely they still have access to the world-wide internet, or do they? Are the Aussies and Kiwis able to use social media that connects them to other nations, or are there filters from Big Tech intended to support the government test? Are journalists in Australia not capable of seeing the rest of the world?

I am not asking these questions out of some intent to be provocative or snarky; I genuinely cannot fathom how 25 million people cannot see the disconnect between the rules and regulations put upon them by their government and then contrast those restrictions against the visible outcomes in the rest of the world.

Australia seems to have become this weirdly antonymous state like North Korea.

Here’s the previous press conference from Premier Daniel Andrews of Victoria. He is quite passionate about following through with the rules he outlines.

If you have the time to watch this, it is well worth it to gain a perspective on how the government is messaging to society with points about COVID that are completely and utterly false. Perhaps it’s not a lie if they convince themselves to believe it….  I have prompted the video to the Q&A Segment: