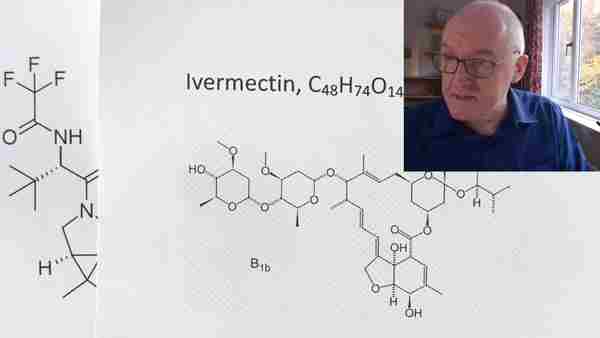 So, what is a protease?

So what is a protease inhibitor?

the strength and persistency of the interaction between IVE and the binding site of 3CLpro indicate that a partial inhibition of the catalytic activity could have place as the drug interacts with the main subdomains that define the enzyme binding pocket:

as shown in Fig. 4, out of 13 OTDs only ivermectin completely blocked ( more than 80%) the 3CLpro activity at 50 µM concentration.

Development, validation, and approval of COVID-19 specific drugs takes years. Therefore, the idea of drug repositioning, also known as repurposing, is an important strategy to control the sudden outbreak of life-threatening infectious agents that spread rapidly.

Exploring the binding efficacy of ivermectin against the key proteins of SARS-CoV-2 pathogenesis: an in silico approach

We have documented an intense binding of both ivermectin B1a and B1b isomer to the main protease with subsequent energy (ETot-) values of -384.56 and -408.6.

In agreement to our findings, ivermectin was found to be docked between the viral spike and the ACE2 receptor

The docking results revealed that ivermectin showed the highest binding affinity to the active site of the protein (MolDock score −174.971) and protein–ligand interactions

that ivermectin showed the highest binding affinity to the active site of the protein (MolDock score −159.754) and protein–ligand interactions

Ivermectin showed the highest binding affinity to the predicted active site of the protein (MolDock score −180.765) and protein–ligand interactions

A brief message to world leaders

Come on ya all