“NBC News, citing unnamed officials aware of the decision, reported it comes after new data suggests vaccinated individuals could have higher levels of virus and infect others amid the surge of cases driven by the delta variant of the coronavirus,” the USA Today reported in a passage that was later scrubbed from an article.

A screenshot from the article and an online archive of the passage points out the surfacing evidence.

“VACCINATED individuals could have higher levels of virus and infect others amid the surge of cases driven by the delta variant” pic.twitter.com/xjMtOXau5c

“CDC Director Dr. Rochelle Walensky said new data shows the delta variant, which accounts for more than 80% of the new infections in the U.S., behaves ‘uniquely differently’ from its predecessors and could make vaccinated people infectious,” the article notes.

“Information on the delta variant from several states and other countries indicates that in rare occasions some vaccinated people infected with the delta variant after vaccination may be contagious and spread the virus to others,” Walensky said in announcing new guidance, which reverses a CDC recommendation in May. “This new science is worrisome and unfortunately warrants an update to our recommendation.”

NBC News reported on the CDC guidance reversal on Monday.

“Federal health officials still believe fully vaccinated individuals represent a very small amount of transmission,” the report continued. “Still, some vaccinated people could be carrying higher levels of the virus than previously understood and potentially transmit it to others.”

Texas state representatives who had fled from the state to avoid a vote on election integrity bills are now believed to have spread COVID to unnamed White House officials and a staffer from Speaker Nancy Pelosi. All of the Texas Democrats are believed to have been vaccinated, and none of them wore masks on charter buses or private planes, as can be seen in publicized photos. 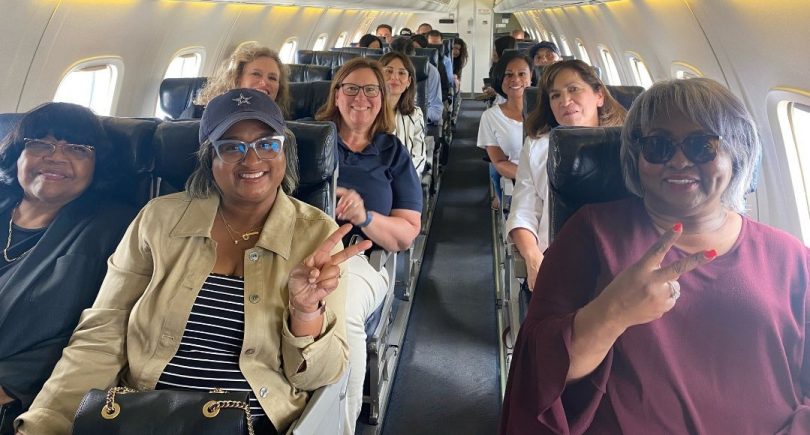 Even as there is a surge in cases for the “Delta variant,” there has not been an accompanying drastic increase in mortality rates, which are still below 300 total per day in the United States. There are at least 69% of adult Americans who have gotten their first COVID vaccination shot.