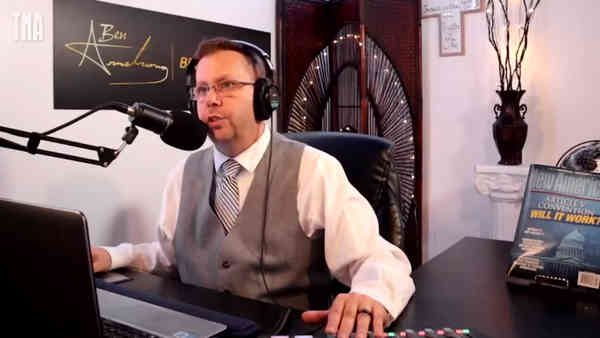 Medical technology is being used by the globalist elites to promote their depopulation agenda. This is quickly turning from being a “conspiracy theory” to being demonstrable reality.

The next batch of Wuhan coronavirus (COVID-19) vaccines developed by Big Pharma companies will be perfectly designed to drive “immune imprinting,” leading to more sicknesses and deaths of people who take new and experimental vaccines.

This was according to Dr. Robert Malone, who discussed immune imprinting during an appearance on Steve Bannon’s “War Room.” This followed President Joe Biden’s approval of a new $3.2 billion deal with Big Pharma company Pfizer for new COVID-19 vaccines.

These new vaccines are “retooled” supposedly to better deal with the post-vaccine omicron variant. But Malone argued the new vaccines will be “perfectly designed to drive immune imprinting and make people even more susceptible to infection.”

Immune imprinting is a phenomenon that occurs when a person is exposed to the proteins or other biological structures of viruses that allow them to penetrate host cells and cause infections, like those found in the SARS-CoV-2 virus that causes COVID-19 disease.

Theoretically, when an immune system has been successfully imprinted, the body will then have the ability to recall existing memory cells – immune system cells that “remember” the same pathogen – and provide the body with faster future antibody production when confronted with the disease. (Related: European Union FINALLY admits COVID-19 vaccines DESTROY your immune system.)

“Immune imprinting is basically why a lot of people are susceptible to dying of other things,” commented Ben Armstrong during an episode of his program, “The Ben Armstrong Show.”

“It’s pushing your immune system to basically concentrate on one thing, which would be whatever they’re jabbing you with,” said Armstrong. “The new jab, if it’s perfectly designed, sounds like it would make you focus even more so just on that [disease], leaving you even more open to other illnesses.”

Armstrong also warns that immune imprinting vaccines are unlikely to protect people against different variants of the same disease the vaccine is supposedly meant to defend people against.

Steve Brozak and Richard Marfuggi, writing for STAT News about immune imprinting, noted that current studies suggest that imprinting is just as likely to result in reduced responses to variants of the same disease as it is to provide the body with enhanced responses, and the clinical consequences of immune imprinting are still unknown.

Furthermore, they warn of the potential dangers of imprinting immature immune systems, such as those of infants and toddlers.

“The immune systems of infants and toddlers – the targets of the latest COVID-19 vaccination approval – are immature and developing,” they wrote.

“If an immature immune system is immunologically imprinted, either by acute infection from the currently circulating viral variant or by a COVID-19 vaccine based on the original, wild-type variant that is no longer in circulation, it may fail to develop appropriate defenses when confronted – even years later – by a COVID variant or another totally different pathogen.”

Learn more about the experimental and dangerous vaccines at DangerousMedicine.com.