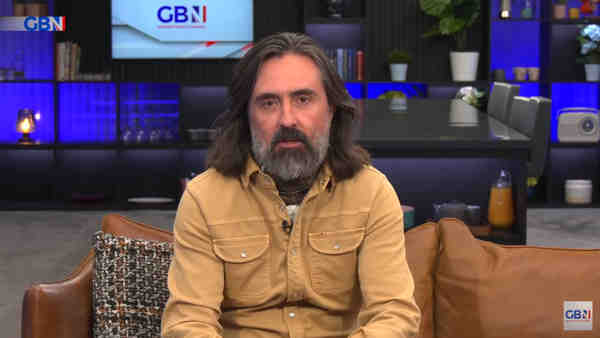 Neil Oliver takes a look at the economics of COVID and how government intervention and spending has crushed the working class.  However, it is not the financial aspects that carry the worst debt in the aftermath, there is a human cost that can never be repaid or recreated.  WATCH:

{TRANSCRIPT} –  “There are debts that can be repaid and debts that can’t. During the time of Covid, vast piles of money were conjured into being by the government, borrowed as if by magic from the distant future. Unimaginable quantities of that funny money were wasted – spent on PPE that didn’t work or that wasn’t needed and is now yet more plastic heaped into landfills or otherwise littering the landscape and seascape. Millions went on the Nightingale hospitals that were never used. Around 37 billion pounds – ten percent of a total of 370 billion pounds set aside for Bounce Back Loans and the Eat Out to Help Out scheme – were lost to fraudsters. £37 billion pounds.” “Lost to fraud and gone for good. Whatever the final figure for the theft, that money has simply been written off as irrecoverable. Taxpayers will foot the bill for it all eventually of course – along with paying back the rest of the trillions sprayed around with abandon by a government of headless chickens.

Furlough schemes paid billions more to employers so they could pay and thereby retain staff sent home to months of lockdowns during which the economy ground to a halt. All that debt has to be repaid too, by taxpayers. Hundreds of thousands of people, at least – many of them self-employed, did not qualify for any help at all while simultaneously being barred from going to work to try and earn livings for themselves and their families. To add insult to injury, those who received nothing, many who thereby lost everything – who had their noses pressed up against the outside of a window showing a financial feast to which they were not even invited – still have to put their hands in empty pockets to pay for help enjoyed by others but denied to them.

Those debts – including sums squandered, sums exploited by friends of those in power – will eventually have to be repaid, you might reasonably assume, one way or another, even if the sums concerned are so eye-wateringly huge those accounts will be glowing red for decades. It’s only money, you might say. You might say that if you’ve never gone without.

But then there are the other debts. Other debts that can’t be repaid and will never be repaid. Many and determined were the voices that warned and kept warning month after month that society was being undone by lockdown and the masking of faces.

The isolation and, perhaps worst of all, the incessant fear deliberately whipped up by government nudge units and pushed day after day until too many souls didn’t know which way was up, and still don’t. All of it was deliberately inflicted upon millions of people, some of them the most vulnerable – the poor, the elderly, children.

There were warnings of inevitable damage to mental health, to physical health – and so it has come to pass. The NHS has acknowledged what it has described as a “second pandemic” of depression, anxiety, psychosis and eating disorders.

So overwhelmed are specialists they are “bouncing back” many of those in need of help to the GPs who referred them – even those most at risk from suicide, self-harm and starvation. Doctors have warned people will simply die of conditions that must only be left untreated.

And then there are the children, and yet more debts that cannot be repaid. An Ofsted report says face masks and lockdowns have left a generation of our youngest children struggling to crawl, walk, talk, dress themselves, make friends – even to go to the toilet unaided.

Children that are two years old now spent their whole lives in a locked down, masked up world. Many of those of the poorest families spent weeks and months in homes with no outside spaces, stuck in rooms watching screens of one sort or another. The same report revealed children were mimicking the voices of cartoon characters after long hours spent watching and listening to nothing else.

The authors noted, in the simplest terms, that youngsters had missed out on: “stories, singing and having conversations.”

Babies born and raised in masked worlds are: “struggling to respond to facial expressions … particularly anxious and not used to seeing different faces.”

Stories, singing, playing, talking, seeing faces, after being fed and held in loving arms, these are among the most fundamental necessities of childhood. Tens of thousands of years ago our ancestors knew it mattered to tell their children stories, to sing them songs, so that all that had been learned by the ancestors would not be forgotten and the tribe would remain closely bound by the sharing of it all.

That some stories and songs have come down to us from a time beyond the reach of memory is testament to how much they were deemed to matter. Behaviour that was possible and essential around campfires in worlds separated from our own by ice ages, was thrown away by ours. What is lost or denied at the beginning of a life, is not necessarily obtained or regained later.

That an Ofsted report should find such basic life experience knowingly denied to millions of our youngest is appalling, unforgivable and shaming. This is nothing less than neglect – wholesale neglect by society of the most precious and vulnerable resource we have. All of it was avoidable and should have been avoided.

The decision to lock down and to enforce mask wearing was, I say, utterly wrong. And yet, this week, when questioned by this channel, prime minister Boris Johnson said he would not rule out applying lockdowns again in the future.

Obviously, to vow never to lock down again would be a tacit admission by him that they were the wrong move all along – and no modern, self-preserving PM would ever be so honest – but there we are … the lockdowns that did so much needless damage, caused so much unforgivable harm, remain on the table.

There will inevitably be those that say children are resilient – and so they are, thank goodness. But just because children are resilient doesn’t mean we should stress test them to destruction. And make no mistake – some of the ground lost already will never be recovered by many. Our debt to them will remain always unpaid.

Children now are growing up in a world very different to the one most of us remember. To take but one example: online, on social media, are images, videos and posts all pushing the same message – that changing your gender is the cure for all manner of problems.

Crowdfunders raise money to help children bypass the NHS and obtain puberty blocking drugs from private sources, and to pay for private operations to remove breasts, or to construct them, or to reshape genitals, or to remove internal anatomy including the womb. No one can honestly claim to know the long-term consequences of taking such steps.

This is another epidemic.

That more and more children are unhappy, at the existential level, and reporting feeling uncomfortable with the sexual identity they were born with, is undeniable and poses all manner of questions in urgent need of answers. It is almost as though Gender Dysphoria had mutated to become as airborne as Covid ever was.

There is also, anyway, a growing preoccupation with the sexuality of children – all children. In Scotland and Wales, government surveys ask children as young as 13 about their “sex lives”, enquiring about what age they were when they first had sex, how long it has been since they last had sex.

Those are not even the most intrusive or intimate of the questions in those surveys. If I had been asked questions like those, by relative strangers, when I was 13, my explicit instructions from my parents were to run for home.

The incessant, relentless push to spend more and more time talking to children about sex and gender means I personally find it hard not to conclude that we are, as a society, being increasingly familiarised with the thought of sexually active children. Why would that be? To what end? For whose benefit? Certainly not necessarily the benefit of children who are, anyway, below the legal age of consent.

Life is short. Childhood is shorter still and, judging by what schools and other manifestations of officialdom want to talk to them about, have them think about, getting shorter every day.

Psychologists have known for years that children must be socialised by the age of four. If they have not become by then children able to take up their place in society – through mixing and playing with their peers and being supervised by responsible adults, whose faces they can see, whose mouths they can watch forming words, and all the rest of it – then at the most fundamental level they never will.

More and more it feels like the needs of children are being set aside and overlooked – sacrificed to ensure the wellbeing, comfort or objectives of their elders. Childhood itself is under attack, sullied by earlier and earlier confrontation with, and initiation into, the ways of adults.

During the time of Covid, the needs of children were put last. Education compromised or abandoned altogether. Play reduced to an afterthought, contact with family and friends forbidden. We could argue all day about the threat posed to children by the vaccines. Undeniable harm however has been done by two years of the mass psychosis of their elders.

More has been taken from children than might ever be measured. That debt will never be repaid.” (LINK)