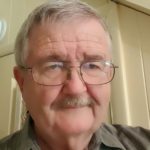 An Army flight surgeon said she was ordered not to discuss military medical data when giving testimony in a case regarding a Navy commander who refused to receive a COVID shot.

She made that determination while working with Dr. Pete Chambers, a Green Beret surgeon.

They came to their conclusion as they reviewed the Defense Medical Epidemiology Database, the military equivalent of the Vaccine Adverse Event Reporting System operated by the Centers for Disease Control and Prevention and the U.S. Food and Drug Administration.

When asked during her testimony about data in the DMED, Long, a lieutenant colonel, replied, “I have been ordered not to answer that question.”

“Ordered by who?” queried Judge Steven Merryday of the U.S. District Court for the Middle District of Florida, Tampa Division.

Long said she was told by high-level command not to bring up military data in her testimony.

Matt Staver of Liberty Counsel, representing the embattled Navy commander, then asked if the data were important and relevant.

Is a judge siding against the Navy’s vaccine decree a hopeful sign regarding the mandate in general?

Long was nearly in tears, Liberty Counsel reported. She looked at the judge and said, “I have so many soldiers being destroyed by this vaccine. Not a single member of my senior command has discussed my concerns with me.”

“I have nothing to gain and everything to lose by talking about it,” she added. “I’m OK with that because I am watching people get absolutely destroyed.”

She said she is continually contacted by individuals injured by the shots, “predominantly pilots, and pilots have to meet one of the highest fitness standards.”

She said pressures to get the shots have resulted in at least two suicides she is aware of. Soldiers are despairing and morale is terrible, she said.

Chambers, a 29-year veteran, member of the Texas National Guard and a Purple Heart recipient, was ordered to see that soldiers received the shots and learned that religious exemptions would be denied.

“Soldiers will try. Soldiers will fail,” is what Chambers was told, according to a Liberty Counsel news release.

In testimony, Chambers said 75 to 80 percent of military members got COVID despite having had two shots. Among the unvaccinated, the infection rate was 15 percent.

Chambers has had to shelve his 2023 retirement plans because after being vaccinated, he developed demyelination of his central nervous system.

Dr. Stewart Tankersley, a flight surgeon who recently retired as a colonel, testified he had never seen anything like the COVID situation: “the lack of dialogue, [and] the suppression of scientific dialogue.”

The shots were not safe and they were not effective. Safe treatment of COVID includes nasal rinsing and taking ivermectin, he said.

According to Tankersly, the COVID shots are causing injuries due to a required lipid nanoparticle as a delivery system to keep RNA in the shots from quickly degrading. The LNP-RNA combination sidesteps the body’s immune system and causes inflammation. That can result in compromising the body’s natural immunity.

The doctors’ testimonies came earlier this month before Judge Merryday denied a Department of Defense request for a stay of a preliminary injunction against relieving the unnamed Navy officer of command, Just the News said.

In testimony, the officer refuted claims by his superior, a Navy commodore, that the commander’s refusal of the COVID shot meant his ship was incapacitated and would have to stay in its Norfolk, Virginia, port, according to a news release from Liberty Counsel.

The commodore made contradictory sworn statements regarding the commander, Liberty Counsel said.

Another contradictory statement by the commodore was saying his “lost confidence” meant the commander’s ship could not leave port. However, at the time of that statement, the commander already had his ship at sea, conducting drills, training and tests.

Like corporate America along with other government agencies, the Department of Defense barrels ahead, uncompromising on COVID shots.

By now, however, millions of people are no longer blind believers in the experimental vaccine treatment.

While data suggest the shots temper the degree of COVID symptoms, the foolish one-size-fits-all decrees of establishment organizations have compromised the health of some and the overall credibility of and confidence in public health officials.

Cheers to Judge Merryday for making some progress in cutting through this. And to Lt. Col. Long for bravely resisting pressure on her testimony.

We are committed to truth and accuracy in all of our journalism. Read our editorial standards.

Mike Landry
Contributor, Commentary
SummaryMoreRecentContact
Mike Landry, PhD, is a retired business professor. He has been a journalist, broadcaster and church pastor. He writes from Northwest Arkansas on current events and business history.