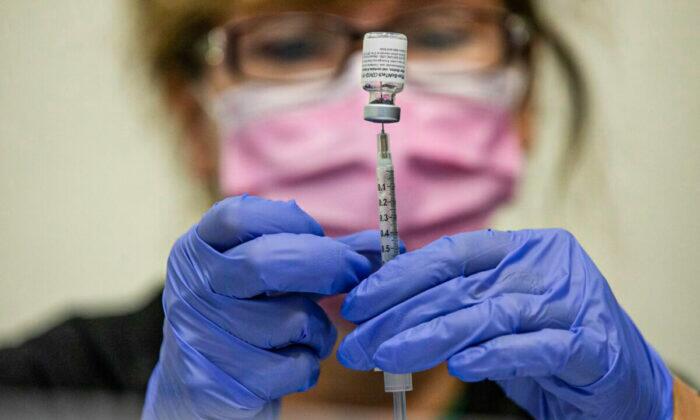 Authored by Alice Giordano via The Epoch Times (emphasis ours),

Hundreds of nurses and doctors, including a chief medical examiner, have been investigated by the state of Michigan on COVID-related allegations ranging from videotaping a wedding where some guests weren’t wearing masks to telling trick-or-treaters not to get the vaccine.

Authorities dismissed many of the complaints. Dozens are still pending, with a number referred for disciplinary action. Some have been referred to the Michigan Attorney General’s office for criminal prosecution.

An allergy and asthma specialist is the subject of one of the referrals sent to the attorney general. The complaint accuses the doctor of prescribing “a lethal dosage” of ivermectin.

Copies of the complaints, which total more than 500, were provided exclusively to the Epoch Times. The Pacific Justice Institute obtained the records through a FOIA request. The institute represents some of the accused nurses and doctors.

The Michigan Department of Licensing and Regulatory Affairs received and investigated the complaints. Those they have investigated have either been dismissed or referred to its enforcement division for disciplinary action or the AG’s office. Many are listed as still being listed “under board review.” The list provided to the institute includes complaints as recent as February 24, 2022.

One of the nurses the Pacific Justice Institute represents is Holly Austin, a college nursing professor who holds a doctorate in nursing.

She faced the revocation of her license by the Michigan Department of Licensing and Regulatory Affairs for speaking at a public school board meeting in December of 2021 as a parent against plans to reinstitute a mask mandate at her children’s school.

Dave Peters, a staff attorney with Pacific Justice Institute, told The Epoch Times he was shocked when the state continued its investigation into Austin even after he submitted a 100-page response to the state’s allegations that she was spreading misinformation.

“I remember not long ago that such actions by government authorities or anybody else would have had the entire journalist community howling about suppression and chilling free speech, ” said Peters, who also holds a master’s degree in medicine.

According to documents Peters provided to The Epoch Times, it took the state more than a year to close the investigation against Austin. The state concluded in a March 3, 2022 letter “that following a thorough review and investigation,” it had “determined a violation of the Public Health Code cannot be substantiated.”

More than 200 doctors and nurses found themselves under investigation just for expressing concerns about the COVID vaccine or for not wearing or promoting the wearing of masks. One doctor was reported for shaking hands with someone who wasn’t wearing a mask; another was the subject of a complaint for claiming he had a bad reaction to the COVID vaccine.

In February, Ljubisa Dragovic, Chief Medical Examiner for Oakland County, found himself under investigation by the state for performing autopsies without wearing a mask.

“When you are working in an environment with deceased individuals there is no active sneezing or coughing on the part of the cadavers. It was nonsense,” Dragovic told The Epoch Times, “you can’t get or give COVID to a dead person.” Dragovic said he couldn’t wear a mask because his glasses would fog up, and he couldn’t see what he was doing.

“The last thing you want to be is blinded while using a sharp scapula,” he said.

Dragovic, who is fully vaccinated and believes in wearing masks around live patients and co-workers, said he spent about two hours answering questions from investigators for the Michigan Medical Licensing Board.

According to Dragovic, another medical examiner filed the complaint. The person was “totally crazed with fear over COVID,” Dragovic said. That doctor was hired at the height of the pandemic to perform autopsies but refused to do so out of fear he would contract COVID-19, even locking himself in his office at times. He eventually quit, according to Dragovic.

The complainant only filed the allegation a year later after Dragovic refused to give the doctor a job reference.

Peters says the case is an example of how the state investigations had nothing to do with keeping the public safe.

“This was used to kill free speech to intimidate people into submission,” he said, “period.”

Dozens of the complaints were againt doctors who issued mask waivers to children. Three nurses were accused of falsifying proof of vaccines, including one who allegedly did so for a friend for a cruise.

The licensing board referred complaints against two physicians and two chiropractors to the Michigan Attorney General’s Office for “not following COVID-19 safety precautions.”

The board investigated several physicians and nurses for either promoting or prescribing ivermectin or hydroxychloroquine.

The complaint against Austin cites an email she wrote to the Brighton School Board that included a compilation of research she had conducted on the harm of wearing masks. She cited over 200 studies.

“I implore you to be informed of the current literature regarding masks and their ineffectiveness to decrease the transmission of COVID-19, the potential and inherent harms of masks on our pediatric population, and the short term and long term sequelae to our youth with continued mask mandates,” Austin wrote.

Michigan Department of Licensing and Regulatory Affairs did not respond to inquiries from The Epoch Times about the investigations.