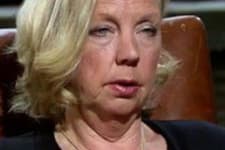 The Covid “vaccine” narrative is so absolute, local news is finding ways to blame vaccine deaths on the unvaccinated.

by Ethan Huff
in News

Editor’s Commentary: In all of my years of reporting the follies of fake news mainstream media, I have never seen a story so contorted in a way that delivers the opposite narrative from the truth than this story out of Nebraska. It’s as if we’re living in some perverse version of George Orwell’s Nineteen Eighty-Four, but far worse than anything the socialist could have possibly imagined.

Let’s start with how the story is being reported by local news. A Nebraska man with a severe shoulder injury needed emergency care but because the unvaccinated were filling up emergency rooms across the state, he had to be flown to Iowa where he died of “asymptomatic Covid complications” after he had multi-organ failure simultaneously.

Here’s the reality. Nebraska hospitals are currently overcrowded with Covid-19 cases, but the vast majority of them have been injected with the Covid shots. The “severe shoulder injury” was a massive onslaught of complications that arose from being injected with the “vaccines.” His injury was an adverse reaction to the jabs.

This demonstrates just how much control Big Pharma and the powers-that-be have over media, even local media affiliates. This is a clear-cut case of adverse affects of vaccines and they’re STILL trying to pawn it off as not only a “rare breakthrough case death” of Covid (which he did not test positive for ahead of his surgeries), but that his death could have been avoided if more people were vaccinated.

The mantra of the vaccine-pushers might as well be, “War is peace. Freedom is slavery. Ignorance is strength. Propaganda is truth.” Here’s the rest of the story from Ethan Huff…

A 57-year-old “fully vaccinated” man from Nebraska who, based on photos, was overweight has died from an “asymptomatic Covid-19 infection,” according to the mainstream media.

Mark McConnaughey reportedly suffered a shoulder injury that required emergency care, but all of the hospitals in Nebraska were “full” at the time. After 23 calls to different hospitals, McConnaughey was sent to nearby Iowa for treatment, where he ultimately died.

Media headlines make it sound as though all Nebraska hospitals are full because of sick “unvaccinated” people taking up all the beds. Local ABC News affiliate KETV in Omaha is one such news outlet that failed to clarify in its headline that the opposite is more than likely true.

Like McConnaughey, there are likely many other “fully vaccinated” Nebraskans who are now occupying ICU beds, leaving no room for anybody else to receive care. Consequently, anyone who gets sick from a non-vaccine injury might not get admitted to the emergency room.

In McConnaughey’s case, the man developed a “severe shoulder injury” after getting injected that only “got worse.” After being transferred to Des Moines, doctors there decided that McConnaughey had an “asymptomatic Covid-19 infection.”

“That triggered an inflammatory response through his body that caused multi-organ failure,” declared Dr. Mike Zaruba, a supposedly “long-time friend” of McConnaughey and board-certified physician.

“At best count, we called 23 different hospitals,” Zaruba says about how he tried to find McConnaughey an ICU bed in Nebraska but was unsuccessful.

McConnaughey was never even tested for covid

Just 18 hours after McConnaughey was transferred to Iowa, he died from his vaccine injuries, though Zaruba and the media failed to connect the dots as to the true cause of his death.

Instead, Zaruba blamed full hospitals for McConnaughey’s death, suggesting that he might have lived despite getting a Fauci Flu shot if only a local Nebraska hospital had an opening for him.

“I, never as a physician, thought we’d be transferring our patients out of state,” Zaruba complained. “That we wouldn’t be able to take care of our own Nebraskans.”

It is important to clarify that McConnaughey was never actually tested for the Chinese Virus. Instead, Zaruba simply declared that he had “asymptomatic covid,” which supposedly resulted in rapid death.

No mention was ever made about the likelihood of McConnaughey dying from his Fauci Flu shots. This would go against the plandemic narrative, which means it is not allowed to be said or even suggested by the corporate media.

“These cases have been wake-up calls to take more direct movement to take pressure off our hospitals,” Zaruba is quoted as saying.

Zaruba’s advice? Get injected with a Wuhan Flu shot and always wear your mask. This, he says, will “cure” the plandemic and ensure that overweight, “fully vaccinated” people like McConnaughey always have access to a hospital bed once their vaccine-induced injuries finally set in.

“Help our hospital systems, help our nurses, help our staff so we don’t have to call 23 hospitals when it’s your loved one that’s in the ER that we’re trying to find a bed for.”

The latest news about Chinese Virus injection deception can be found at ChemicalViolence.com.