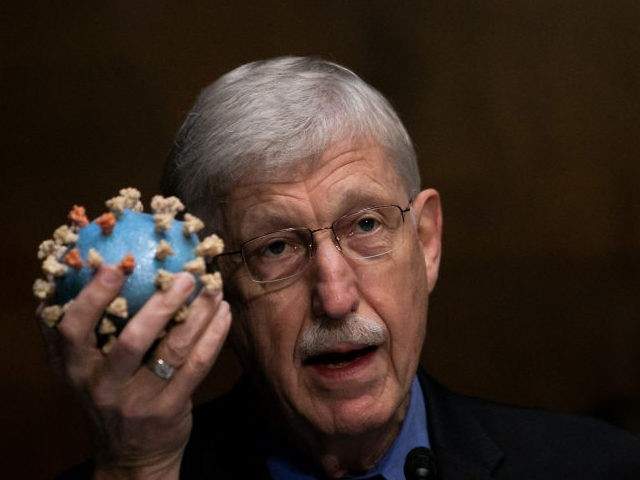 Leaked audio obtained by The Daily Wire appeared to shatter Collins’ political neutrality, revealing that he not only had a deeply held conviction about the persuasive power of vaccine mandates but also had a particular dislike for former President Donald Trump. The audio originated from an Institute of Politics event on October 26 of last year, which was hosted by Christianity Today theologian Russell Moore at the University of Chicago. Institute of Politics was founded by David Axelrod, an adviser to former President Barack Obama.

After Moore introduced Collins as a personal friend and member of his book club, the talk segued into a discussion about vaccine mandates, during which the former NIH director said that there was “no question” in his “mind that the mandates are legal” and that people should have their employment threatened.

“The US government does have the authority to mandate vaccinations if there is an outbreak that is threatening people, because it’s not just about you, it’s about the people you’re going to infect,” Collins claimed.

Collin said this even though a bevy of evidence showed at the time that the vaccinated could still be infected with the virus and spread it to others.

“Do [mandates] convince people who otherwise wouldn’t get them?” Collins reportedly asked himself rhetorically before answering, “Oh yeah, especially if it means losing your job.”

Collins recalled how he used intimidation tactics at the NIH to push the hesitant employees, approximately 2,000 out of 46,000, into getting the vaccine, telling them they were “in serious danger of being fired in the next month if they [didn’t] do something about it.”

“Reality [was] sinking in,” Collins said, adding that the sudden compliance showed that “their resistance was not maybe quite that deeply seated.”

Collins even argued that some vaccine-hesitant people secretly wanted to get the shot but feared alienating their circle of friends. “They’re sort of thinking to themselves, you know, maybe I really should do it, but if I do, I lose my credibility with my peeps,” Collins said.

The mandates essentially gave such people an excuse, according to Collins.

“‘Well, my employer made me do it. I didn’t really want to get them.’ They get, you know, bonus points, because they’re now a victim. But they’ve also gotten the mandated vaccine that they kind of wanted anyway,” he said.

After knocking Evangelical Christians for emphasizing personal liberty at the expense of personal responsibility, Collins then revealed his partisan side when he blamed the preponderance of coronavirus deaths on former President Trump, ignoring the deaths under Joe Biden.

“Great harm was done to the people in this nation by a very, very self-involved and misguided president in the previous administration. Hundreds of thousands of people have died who should not have had to do so,” Collins said. “And so there was an effort to try to distract from that dreadful circumstance by finding somebody else to blame.”