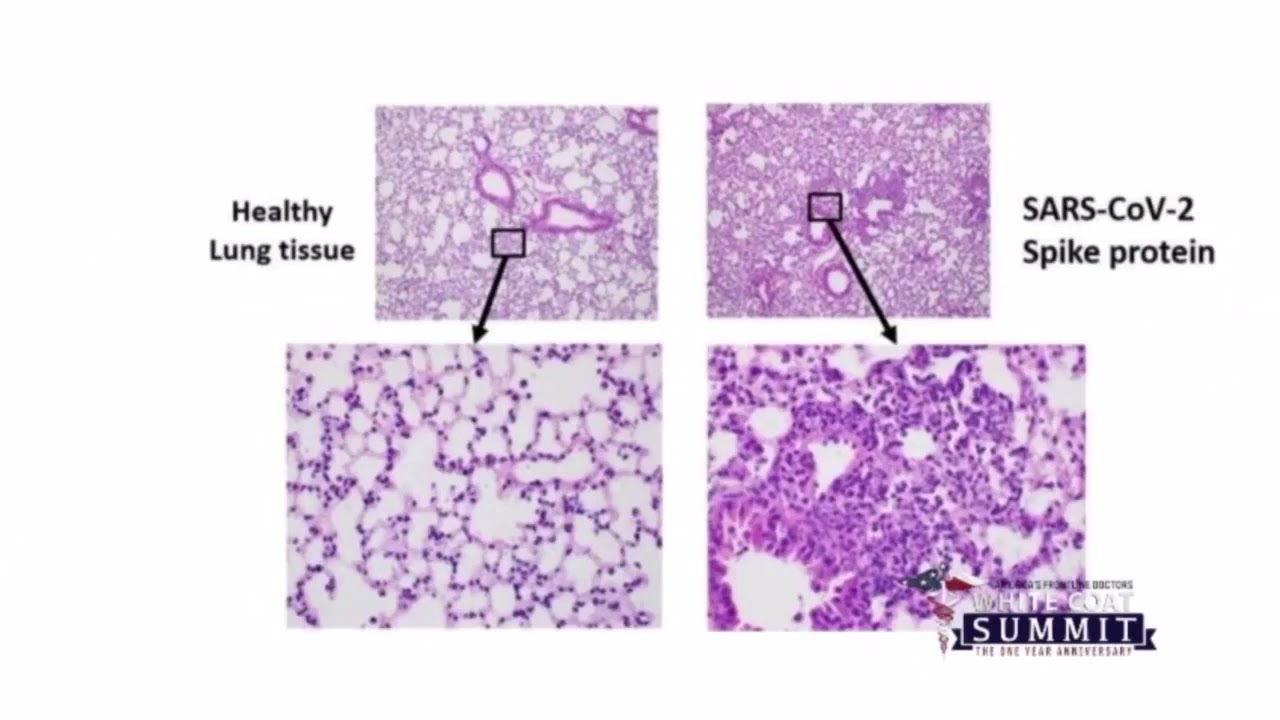 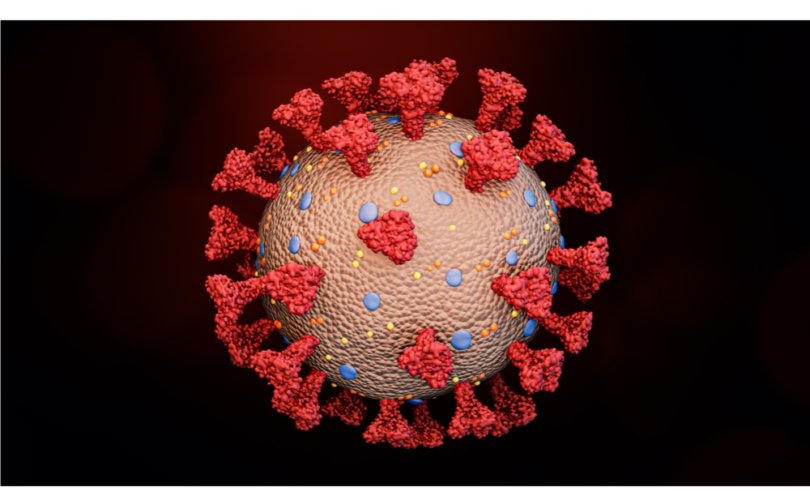 During a one-year anniversary White Coat Summit on vaccines, Dr. Ryan Cole emphasized the finding that the spike protein created by injected mRNA spreads throughout the body, and itself causes disease – and he had the lab images to show it.

Cole presented these images, which showed post-COVID jab inflammation in organs such as the heart, lungs, and kidneys, as corroboration of lab studies in which injecting the spike protein “with no body of the virus” in animals “induced the same disease” that COVID-19 causes.

Cole supported the finding by other scientists that the spike protein doesn’t remain in the shoulder area, but “circulates in your blood” and “lands in multiple organs in the body,” where ACE2 receptors allow the spike protein to bind to organ tissue.

Cole kicked off his visual evidence of spike protein-induced damage with images displaying the spike protein’s effects on mitochondria, the “engine” of our cells. The microscopic image showed that post-COVID jab, one person’s mitochondria became abnormally disjointed and fragmented. 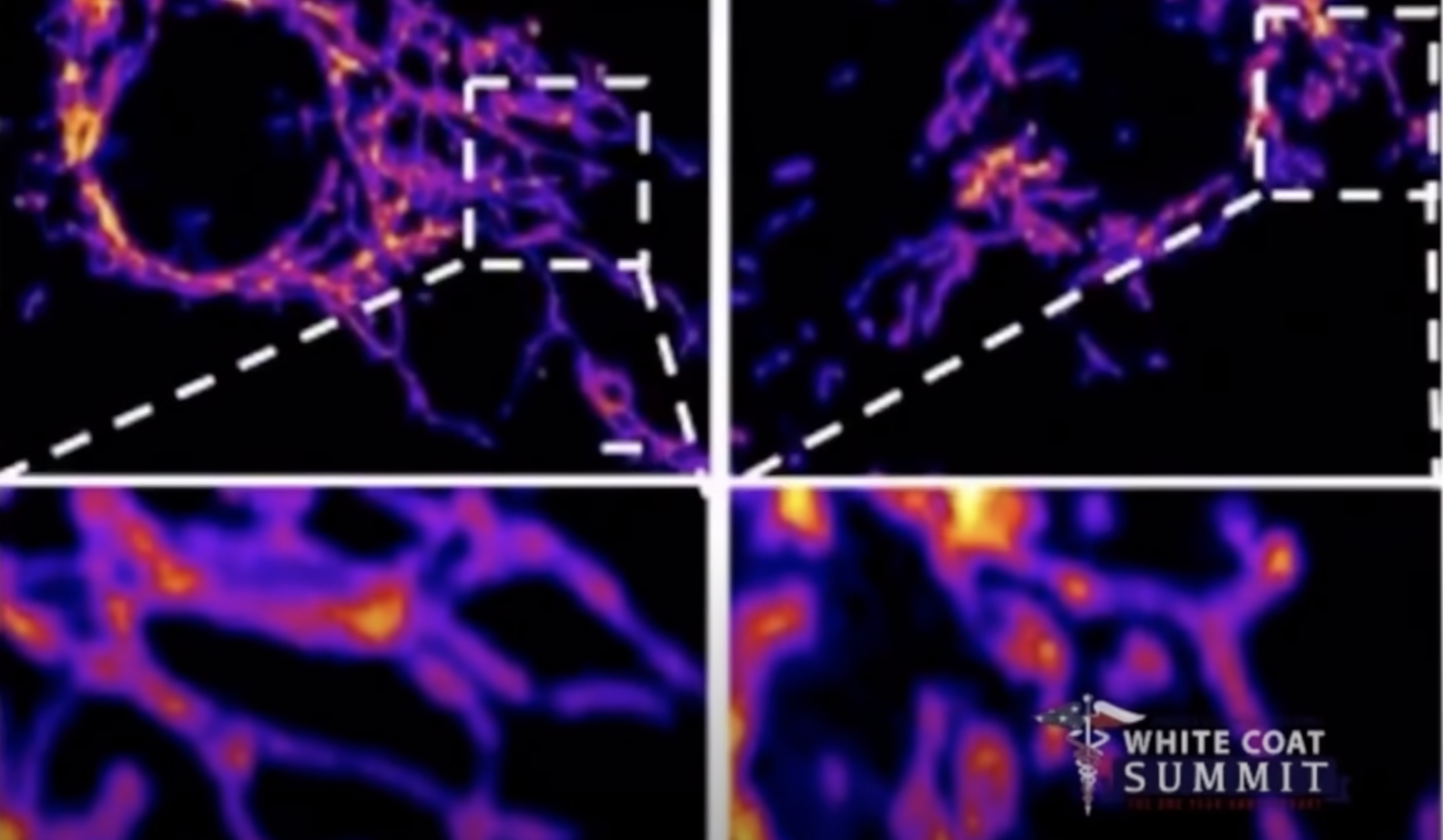 Cole went on to show that the image of lung tissue of a jabbed individual appeared dramatically different than normal, healthy lung tissue, with denser pigmentation that Cole said indicated inflammation.

“That’s all inflammation,” said Cole. “Why?”

According to Cole, the spike protein bonded to the ACE2 receptors in the lung, provoking an inflammatory response in which the immune system “attack[s] your own body.”

“I kind of like my brain cells to be where they are and not be blown apart. So why in the world would we put a toxin into the human body that’s going to disrupt the blood vessels in your brain, allow the spike in there [to] cause inflammation,” said Cole.

Cole also displayed a post-COVID jab image that appeared to show the swelling of heart tissue. “See those blue arrows around the white? That’s inflammation in the heart. That’s not normal. That’s after a shot. That’s a spike protein landing there. That’s your immune system attacking your own tissues,” said Cole.

“Once you have heart damage, the heart does not heal itself. So tell me you want to give a 12 year old, a 5 year old, a 13 year old, an 18 year old a shot. Let’s give a kid a toxin, ruin his heart for life. Stop and think about what we’re doing. We need to stop the insanity immediately.”

He proceeded to show pictures of inflammation in the kidneys, liver, and testes that occurred after injection with the mRNA jab, adding that a Japanese study showed that the lipid nanoparticle surrounding the mRNA concentrates in the ovaries.

During his talk, Cole underscored the glaring absence of medical literature on the COVID-19 jab effects, and pointed out that of at least 11,045 post-vaccination deaths in the U.S., the first investigational autopsy had only occurred a month prior to Cole’s talk.

“Where are the autopsies? Crickets. They’re not there,” said Cole. “One cannot find that for which they do not look.”

Noting that autopsies are costly, Cole asked why “billions” are being spent on advertising the COVID shot “to children who don’t need it,” but almost nothing is being invested in autopsies to investigate the safety of the COVID shots.

“When an unapproved new drug, therapy, vaccine is put onto the market, we need to use the French legal system. Guilty until proven innocent. So if there’s an adverse reaction, if there’s a death, it happened from that therapy, until you prove that it didn’t,” said Cole.

— Article continues below Petition —
PETITION: Say ‘No’ to COVID ‘Vaccine Passports’!
209951 have signed the petition.
Let’s get to 225000!
Add your signature:
Show Petition Text

Cole also pointed out that experiments are showing that the COVID jabs “dysregulate your immune response,” citing a Netherlands study that Cole said shows that immune cells are being “paralyzed” after injection with the COVID jab.

Cole suggested that CD8 “killer T-cells” that “keep cancer in check” are among the immune cells being dysregulated.

“What’s the real answer?” Cole continued. “We don’t know. And sometimes that’s the most honest answer in medicine, is we don’t know. A doctor that tells you he or she knows everything — don’t believe them. Find a new doctor.”