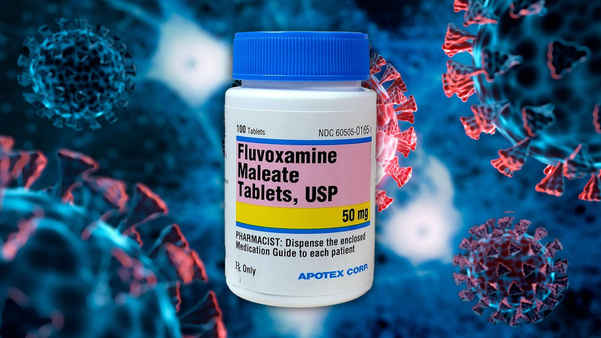 The drug works great. But the FDA doesn’t want anyone to know that. Why? Because they are corrupt. They will never agree to debate me on that.

Fluvoxamine has a systematic review and meta-analysis published in a top medical journal. You cannot get any better than that. It’s the “gold standard” of medical evidence.

So when a group of scientists applied for an EUA for fluvoxamine, what did the FDA do? They rejected the drug for “insufficient evidence” just like they always do for ivermectin.

Everyone is stunned, but nobody is surprised. How can the FDA say a drug which meets the “gold standard” of evidence has “insufficient evidence”?

The FDA approved Molnupiravir which was less effective. Why not fluvoxamine?

ICER, a non-profit known as the nation’s drug pricing watchdog, did a review of the evidence and determined that fluvoxamine evidence is superior to Molnupiravir.

It can’t be more clear than this. The reason is pure corruption.

But I know something else that few other people know, thanks to a source at the NIH: the NIH was planning to approve fluvoxamine months ago, but they got a call from the FDA telling them not to.

This is how science works today.

ICER:
“… committee votes 11-2 that the evidence is not adequate to demonstrate a net health benefit for molnupiravir over symptomatic care alone; Paxlovid and fluvoxamine receive more favorable votes” https://t.co/36x5ZfK6pU

Read this article I wrote about using fluvoxamine correctly for COVID. It is an amazing drug and is a very simple safe way to avoid long-haul COVID symptoms.

These people never called the researchers whose trials they claimed showed no effect.

The trials that were abandoned for futility weren’t getting events because the patients were given standard of care meds. So there were too few events in the placebo group and they weren’t recruiting fast enough. So the drug had no chance of working (since there were no events), so the trial was stopped for futility, NOT because the drug doesn’t work. All the researchers are convinced the drug works.

Fluvoxamine has at least a 30% hospitalization and death benefit.

Expect similar things to happen when Eiger applies for an EUA for interferon lambda, a drug with a 89% efficacy in phase 3 trials.

It’s not about the science. It never was.