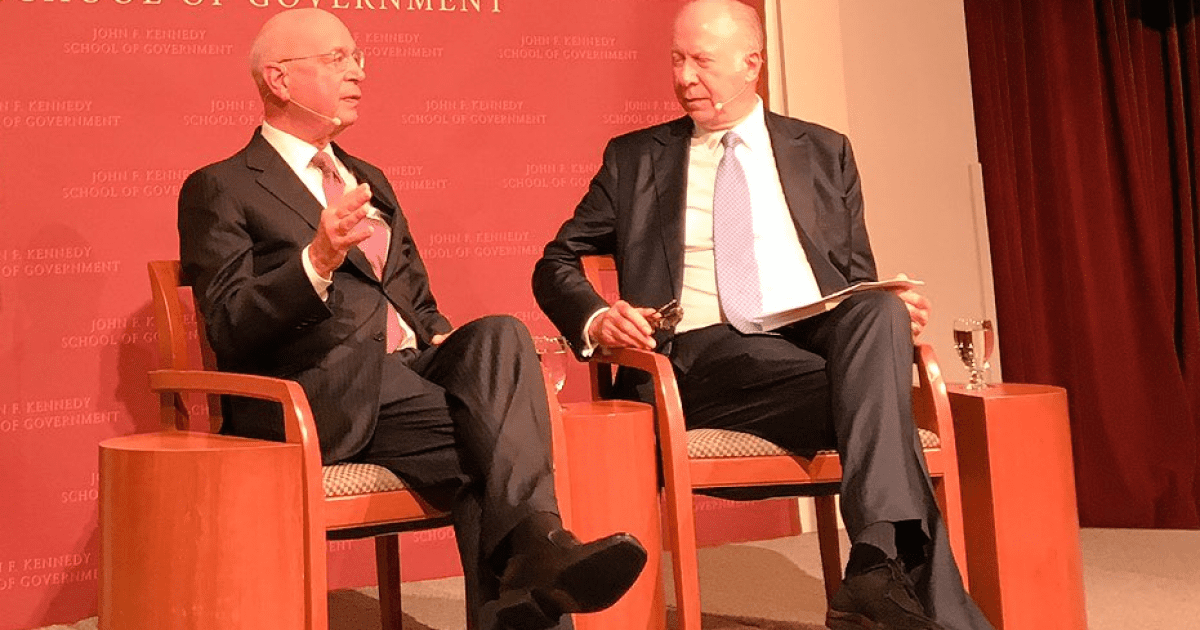 The World Economic Forum leader’s comments bragging about “penetrating” government cabinets through his Young Global Leaders program received the most attention, but there was much more to his comments in the full video featured below. 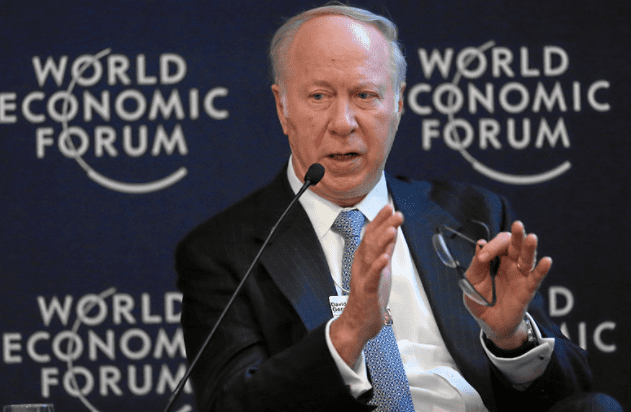 Klaus Schwab’s remarks were made during the 2017 Malcolm H. Wiener Lecture on International Political Economy titled “Strengthening Collaboration in a Fractured World” at the Harvard Kennedy School (Hashtag #SchwabForum). One quick look at the Malcolm Wiener Center website reveals that Harvard University is unapologetically and militantly radical left.

The discussion, which also featured globalist cellist Yo-Yo Ma (a Board Member at the World Economic Forum), was moderated by David R. Gergen. Gergen is a founding director of the Center for Public Leadership at the Harvard Kennedy School of Government who has served under several presidents.

Dean of Faculty Doug Elmendorf introduced Klaus Schwab, explaining that the “mission” of the World Economic Forum is “about improving the state of the world through public private cooperation.”

The World Economic Forum is the driver of the concept of “stakeholders” (i.e. socialism) as opposed to “shareholders” in corporations. This removes a company’s profit motive and pushes industry naturally toward the government, who rewards compliance with leftist narratives.

Klaus Schwab’s stakeholder movement makes companies beholden to governments and squashes small businesses, which are unable to compete with corporations that have the backing of the taxpayer.
“The forum’s mission statement is about improving the state of the world through public private cooperation,” Doug Elmendorf says in his introduction. “The forum explains that organizations are accountable to stakeholders in all parts of society. And the forum brings together people from around the world, from the public and private sectors, from international organizations and from academic institutions.”
In what has been deemed a “public/private partnership”, corporations across the globe are now tightly intertwined with governments. This dangerous partnership picks winners (cronies) in industry. A very important example of this is epitomized in the so-called “First Movers Coalition“.
“I conceptualized probably for the first time what is called now the multistakeholder concept,” Schwab said in his remarks. “Which means that business leaders should not only be accountable to and serve shareholders, but stakeholders, which means all those communities who have a stake in the company. And here, of course, you have governments, you have employees, you have trade unions, you have civil society, and so on. And that’s the concept on which the World Economic Forum is built.”
Klaus Schwab’s blandly named “multistakeholder concept” is exactly why so many large companies are now propaganda arms for the left.

Further, Schwab brags that he is “very proud” that the World Economic Forum “penetrate the cabinets” of Justin Trudeau and the President of Argentina Alberto Fernández. Schwab explained that at a “reception” for Trudeau, he noted that “even more than half of his cabinet are actually Young Global Leaders of the World Economic Forum.” David Gergen and Klaus Schwab also pointed out that Young Global Leaders have “penetrated” the cabinets in Argentina and also the President of France Emmanuel Macron.

(Start at around the 1:07:44 minute mark):
David Gergen: “…we want to thank you not only for what you’ve done for this school, but for what you’ve done for the world. You’ve devoted your life to making the world a better place. Something which goes to the heart of what the Kennedy School is all about. It’s been striking to us as we’ve had the pleasure, and this goes back to Dean Ellwood, that when you brought the Young Global Leaders program here [at Harvard University] for executive education and then the Schwab fellows, but there are two countries in the world now in which the Young Global Leaders have emerged… in terms of the governance.

The event was featured at the Harvard Crimson at the time, which focused on Klaus Schwab’s prediction of a “universal basic income” and his “optimistic” comments on Schwab’s so-called “fourth industrial revolution“.

Klaus Schwab praised himself for his role in foreseeing the power of blockchain. “Two years ago I had to explain to everybody what blockchain is,” he said. “Today every major bank has a research team to look how blockchain could impact the business model.” A 2019 article at MIT pointed out some very real dangers of blockchain:
Blockchain is used in a variety of industries, but what will happen if and when it’s used to record something a person would rather not have around forever?
Schwab is obsessed with technology, and claims that movements such as BREXIT are happening due to the “technological wave” that “most people do not understand”.
Just look at how the Internet has already changed, or big data is now changing the behavior of people. So, say affect our identity. And when we look for an explanation of the problems we have now in terms of BREXIT, or whatever you take, I think a lot has to do with the search of identity in a situation where you are confronted with the technology which most people do not always, technological wave, and changes which most people do not understand.
Can blockchain be used to monitor everything a person does? Only if bad actors have control of the information. But who is interested in blockchain and why? Could it be used in conjunction with digital IDs for all in order to create social credit scores that can shut down movements that contradict the authoritarian left?

Klaus Schwab Wants To Put Chips in Your Brain

As reported at RAIR, Klaus Schwab said in 2016 that his so-called “Fourth Industrial Revolution” will “lead to a fusion of our physical, digital and biological identities:”

The so-called “technological wave” includes the Internet of Things, which connects household items and will eventually be connected to individuals through their clothes, skin, and even brains, according to Schwab.

Also in 2016, Schwab explained that this fusion will ultimately lead to chips being put in people’s brains. This concept is largely known as “transhumanism“:

During his remarks at the Harvard Kennedy School, Klaus reiterated this sentiment:
“If we look at this revolution,” he said, “it’s not characterized by one technologies – you have so many technologies. You have nano technology, brain research, you have, I mean, you name it. In essence, in the long run, what is very essential is to see if this new revolution will lead to a fusion of our biological, our digital, and our material existence.”
Watch the whole thing (it starts at the 50:44 minute mark):

Renee Nal is an investigative journalist and documentary film producer.

View all posts
First Degree Murder: Remdesivir is Being Used to ‘Kill Us’
Uprising: Truckers Freedom Convoy is a Beacon of Hope for the Entire World (Live Thread)