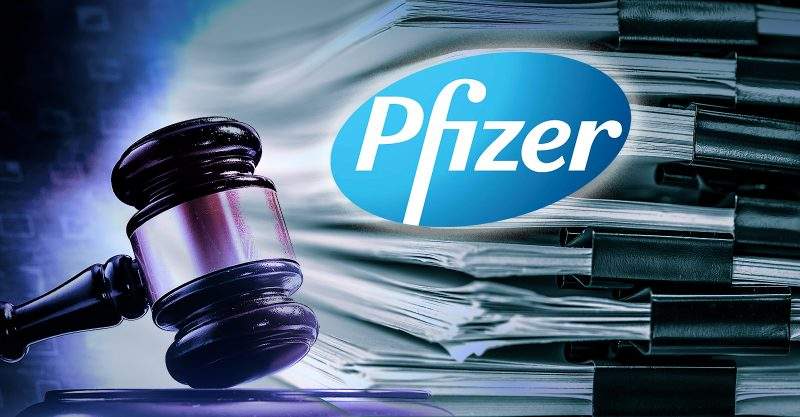 The U.S. Food and Drug Administration on Tuesday released a 10,000-page cache of documents pertaining to the Emergency Use Authorization of Pfizer’s COVID vaccine. An initial review shows the documents contain details about animal studies, adverse events experienced by trial participants, the makeup of Pfizer’s internal review committee … and more.

Miss a day, miss a lot. Subscribe to The Defender’s Top News of the Day. It’s free.

The U.S. Food and Drug Administration on Tuesday released a 10,000-page cache of documents pertaining to the Emergency Use Authorization (EUA) of the Pfizer-BioNTech COVID vaccine.

The documents provide more insights into the FDA’s process for approving the vaccine, and may also shed more light on the safety and efficacy of the vaccines and the number and nature of adverse effects that were observed during the clinical trials and the first months after the EUA was issued.

The documents were made public as part of a court-ordered release schedule stemming from an expedited Freedom of Information Act (FOIA) request by Public Health and Medical Professionals for Transparency (PHMPT).

PHMPT, a group of medical and public health professionals and scientists from Harvard, Yale, UCLA and other institutions, submitted the request in August 2021.

The FOIA request asked for the approximately 400,000 pages of documents pertaining to the approval of the Pfizer COVID vaccine to be made public, including safety and effectiveness data, adverse reaction reports and a list of the vaccine’s active and inactive ingredients.

When the FDA ignored the request, PHMPT sued the agency in September 2021, taking the case to the U.S. District Court for the Northern District of Texas. On Feb. 2, federal judge Mark Pittman issued an order requiring the FDA to release redacted versions of the documents in question according to the following disclosure schedule:

The cache of documents made public on March 1, available on PHMPT’s website, represents the first release of such documents following the issuance of Pittman’s order in February.

However, the FDA released smaller sets of documents in November and December 2021 and January 2022, while the legal case was ongoing.

What do the documents reveal?

The first batch of documents, produced in November 2021 and totaling a mere 500 pages, revealed safety concerns and the fact that more than 1,200 vaccine-related deaths occurred within the first 90 days following the release of the Pfizer-BioNTech COVID vaccine.

The documents also revealed a nine-page list of adverse events observed during that same period. The list recently was circulated widely on social media and wrongly attributed to the set of documents released March 1.

This may be because the March 1 document release garnered widespread attention among those following the issue, likely delivering traffic to PHMPT’s website, which catalogs all of the documents that have been released thus far.

Major media outlets, however, have not covered the latest release of documents and, as of this writing, there has been only limited coverage by smaller media outlets. That may be due, at least in part, to the vast volume of information and data to sort through.

Endpoints News, a publication focusing on the pharmaceutical industry, published a dismissive article regarding the release of the latest cache of documents.

The publication’s editor, Zachary Brennan, reported the documents contain mundane information that is “typical for any drug or vaccine application” and that “will give readers a good overall sense of the required documentation necessary to apply for a drug or vaccine approval at the FDA.”

Such information includes, according to Brennan, “more than 100 pages worth of anonymous safety-related tables of data” and “unidentified participants’ gender, age and BMI.”

Other documentation pertains to “the standard, nearly $2.9 million user fee payment to FDA from Pfizer” and to “the confidential nonclinical overview for the vaccine,” Brennan said.

Brennan noted some documents included in the cache, such as the fast track designation letter and Pfizer’s request for a waiver from adding a suffix to the vaccine’s name, are “not typically released” to the public.

However, aside from this relatively mundane information — whether typically released to the public or not — the latest batch of documents may contain additional revelatory information.

An initial review by The Defender of the information included in this vast set of newly released documents includes:

The sheer volume of information that must be analyzed and processed necessitates careful examination, which will be performed by the editorial staff of The Defender, with further information and any significant revelations to be published in the coming days.

A circuitous legal process and a victory for transparency

The FDA had previously argued it didn’t have enough staff to review, redact and release hundreds of thousands of pages of documents, claiming it could process only 500 pages per month.

This would have meant the cache of documents would not be fully released to the public for approximately 75 years.

In his Jan. 6 order, Pittmann rejected the FDA’s claim and instead required the agency to release 12,000 pages of documents by Jan. 31 and an additional 55,000 pages per month thereafter.

This decision was then amended by Pittman’s subsequent Feb. 2 order, truncating the release schedule to a matter of months instead of decades.

The Feb. 2 order also granted the FDA the ability to “bank” excess pages as part of this release schedule — meaning that if the agency exceeds its monthly quota in any given month it can apply those extra pages to a subsequent month.

Previously, Pfizer responded to the Jan. 6 order by filing a memorandum with the court requesting to intervene in the case to assist the FDA with the documents’ release,  specifically for the “limited purpose of ensuring that information exempt from disclosure under FOIA is adequately protected as FDA complies with this Court’s order.”

Pfizer claimed to support the disclosure of the documents, but asked to intervene in the case to ensure that information legally exempt from disclosure will not be “disclosed inappropriately.”

In a related matter, Judge Michael Truncale of the U.S. District Court for the Eastern District of Texas on Feb. 10 unsealed 400 pages of documents pertaining to a lawsuit filed by a whistleblower, Brook Jackson.

Jackson formerly worked for Ventavia, a contractor hired by Pfizer to conduct Phase 3 clinical trials of the Pfizer-BioNTech COVID vaccine.

Jackson’s lawsuit alleges multiple improprieties in the clinical trial process during the time that she was employed with Ventavia. The FDA declined to intervene in this case.

Some of the documents pertaining to the approval of the Pfizer-BioNTech COVID vaccine that were released on March 1 appear to directly relate to the clinical trials conducted by Ventavia, and thus may shed light on Jackson’s allegations.

Michael Nevradakis, Ph.D., is an independent journalist and researcher based in Athens, Greece.

Sign up for free news and updates from Robert F. Kennedy, Jr. and the Children’s Health Defense. CHD is planning many strategies, including legal, in an effort to defend the health of our children and obtain justice for those already injured. Your support is essential to CHD’s successful mission.

Please enable JavaScript to view the comments powered by Disqus.