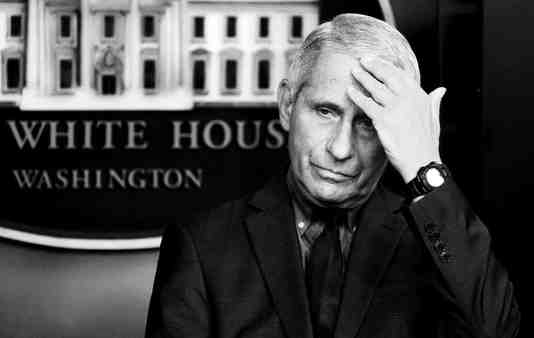 Dr. Francis Collins and others were on the call.

by Natalie WintersRaheem J. Kassam
Kristian Andersen – an Anthony Fauci confidant who has received research grants worth millions from the National Institute of Allergy and Infectious Diseases director – reportedly offered to secretly delete a research paper exposing the U.S. National Institutes of Health’s erasure of a database containing information relevant to the origins of COVID-19.

Andersen, a virologist at the Scripps Research Institute, made the suggestion during a Zoom call with Fauci himself, alongside former National Institutes of Health (NIH) Director Francis Collins, and the paper’s author Jesse D. Bloom.

Bloom, an evolutionary biologist, had recovered a number of early SARS-CoV-2 genomic sequences, which were erased by the NIH at the request of Chinese Communist Party researchers at the Wuhan Institute of Virology. The Zoom call – the details of which were revealed by Vanity Fair – was arranged two days after Bloom had sent a preprint of the report to Fauci and Collins.

Collins is reported to have subsequently invited two outside scientists – Andersen and virologist Robert Garry – to participate. Both men have received millions in funds from Fauci’s agency. As his guests, Bloom invited Sergei Pond, an evolutionary biologist and Rasmus Nielsen, a genetic biologist, to the call.

“That it was shaping up like an old-fashioned duel with seconds in attendance did not cross Bloom’s mind at the time. But six months after that meeting, he remained so troubled by what transpired that he wrote a detailed account, which Vanity Fair obtained,” explained the outlet.

Bloom’s recounting of the Zoom call – described as “extremely contentious” – reveals that Andersen offered to secretly delete the paper.

Andersen’s opposition to the report – which provided evidence that the Chinese Community Party was attempting to cover up information about the early days of the virus’ spread – came months after he had privately emailed Fauci that some of COVID-19’s characteristics “(potentially) look engineered.”

The email, released via a Freedom of Information Act (FOIA) request), was sent on January 31st, 2021, roughly five months before Bloom’s recovered the deleted database.

According to Vanity Fair:

That’s when Andersen made a suggestion that surprised Bloom. He said he was a screener at the preprint server, which gave him access to papers that weren’t yet public. He then offered to either entirely delete the preprint or revise it “in a way that would leave no record that this had been done.” Bloom refused, saying that he doubted either option was appropriate, “given the contentious nature of the meeting.”

Bloom’s notes describe Andersen finding the preprint “deeply troubling” during the call, prompting him and another call participant to begin “yelling at each other.” “If the Chinese scientists wanted to delete their sequences from the database, which NIH policy entitled them to do, it was unethical for Bloom to analyze them further, he claimed,” explained Vanity Fair.

“Despite the guilt trip that Kristian was trying to put you on (not 100% sure why,) I think what you are doing is the correct scientific approach,” wrote Sergei Pond. “That was a very difficult situation, but I think you handled it extremely well,” wrote another member of the Zoom call. Fauci and Collins reportedly distanced themselves from their colleague’s offer to secretly remove the paper from the preprint database, as Bloom recalls Fauci insisting, “just for the record, I want to be clear that I never suggested you delete or revise the pre-print.”

Andersen’s reported efforts to halt the publication of a paper providing insight into the origins of COVID-19 comes amidst a massive campaign by mainstream media outlets and public health officials – often those with ties to the Chinese Communist Party – to discredit the “lab leak” theory.