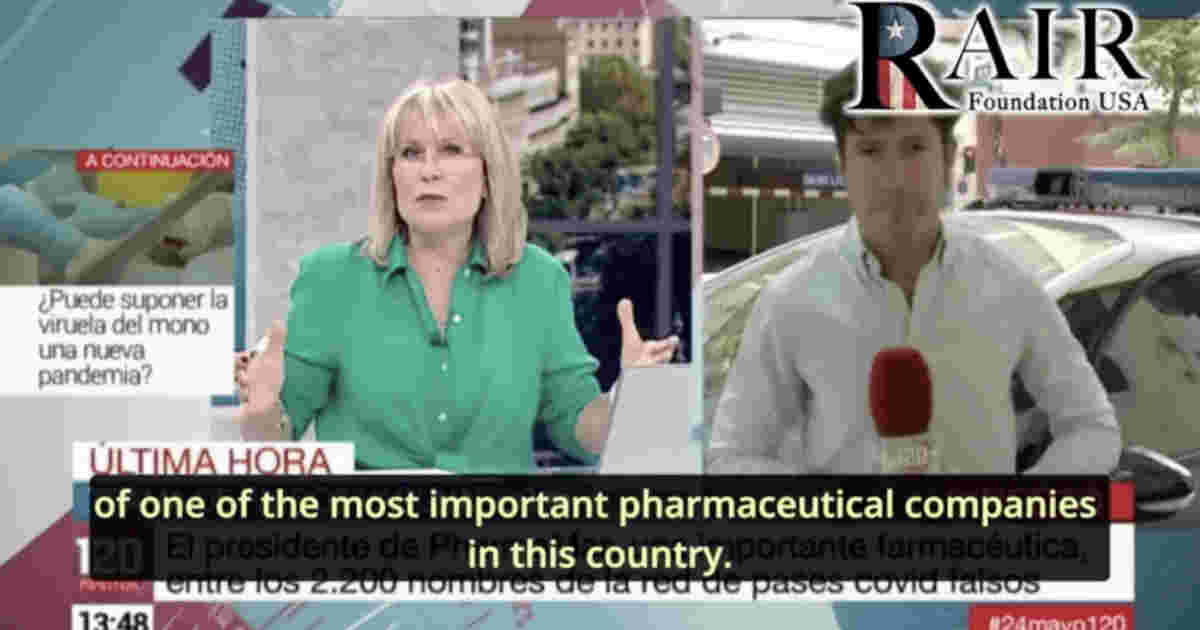 Police operation Jenner has resulted in 19 arrests so far health and exposed more than 2,200 people who bought forged Covid passports.

After four months of a major police investigation, authorities have exposed a criminal operation that falsifies Covid “vaccination” passports. Thousands of unvaccinated Spaniards, including celebrities and powerful businessmen, paid money to have their names illegally entered into the National Vaccination Registry. Those who purchased the illegal health passes would have paid 200 and 1,000 euros for these documents.

Police operation Jenner has resulted in 19 arrests so far health and exposed more than 2,200 people who bought forged Covid passports. Among those who purchased the illegal documents are famous businessmen such as José María Fernández Sousa-Faro, president of the pharmaceutical company PharmaMar. Included among those purchasing the illegal documents are the winner of a Goya Verónica Echegui, a prestigious award in acting, and tennis player Álex de Minaur. In addition, the famous singer Omar Montes also downloaded the health certificate provided by the criminal network in exchange for money. Many of the arrested are employees of the Madrid Hospital of La Paz. They are accused of stealing confidential information in their hospital to falsify the documents that claimed the unvaccinated had completed their vaccination schedule.

In addition to the La Paz health workers, others who acted “as intermediaries” to access the hospital’s computer systems are implicated. As reported by the Police, they entered the people who paid them in the National Vaccination Registry illegally.

Some of these arrests raise important questions. The head of the pharmaceutical company PharmaMar, an accomplished professor of biochemistry, was on that list. One might expect he would understand the nature of these shots better than those who have no science background. Given that he took a serious risk and expense to avoid at least the third shot, if not all three, it raises the question of the safety of the shots themselves.

Also, the pro-tennis players who did not get the shot. Would they be guilty of an unfair advantage in their sport? And if so, is that not evidence that the injections are the opposite of a benefit to our health?