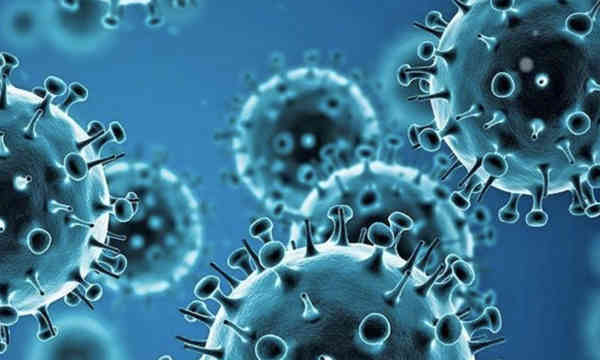 When Omicron emerged, many scientists were bowled over by the lightning speed with which it spread. Although public health officials had warned that the original Covid-19 was highly contagious and fast-moving— it looked like it was standing still next to the Omicron variant.

Now, some scientists examining the virus have concluded “vast” genetic mutations that likely occurred in a lab setting are what makes Omicron spread so quickly.

Omicron was first detected in Botswana, South Africa, reported to have been brought by a foreign delegation from a country officials will not identify, making it more difficult for outside observers to track its origin.

To many scientists, the genetic differences that made Omicron so quickly transmissible caused it to immediately stand out as unlikely to be a result of a natural evolution. Some note the “rapid accumulation of mutations in the SARS-CoV-2 Omicron variant that enabled its outbreak.”

“There was a large number of mutations in this variant—many more than we would expect from the normal evolution of this virus,” said virologist Andrew Pekosz, Professor of Molecular Microbiology and Immunology at the Johns Hopkins University Bloomberg School of Public Health. “Importantly, many mutations occurred in the spike protein—the protein the virus uses to bind to and enter cells—which is the target of the vaccine.”

“It did not follow the trajectory of the outbreak,” says a researcher studying the virus for the US government who did not wish to be identified because he is not authorized to speak publicly on the topic. “One of the hypotheses is that there’s been a cryptic, a completely separate outbreak going on,” or a “cryptic transmission” independent of mice. “Perhaps someone immune-compromised was infected, and active replication of the virus was maintained for a very long time.

But there is another disturbing theory— one considered more likely by some scientists working on the issue: that Omicron was bred in a lab and escaped.

It is possible “that serial passaging in mice was done in a laboratory somewhere, and add[ed] an accidental or on purpose release on the back end,” says a scientist with knowledge of the matter. “The short version is that the least likely scenario is that this was a natural human transmission chain that created the lineage and we just failed to detect it. The number and makeup of the changes would have required a vast number of infections to support.”

With Covid so prevalent, the statistical chances of a lab release are exponentially higher than they were in 2019. In the words of one scientist, “Every lab in the world is now working on Covid. It’s highly contagious and risky even with the best conrtrols. The odds of an accidental release are pretty high.”

“It’s very hard to attribute where these things occur, but this is an unprecedented time we’re living in,” he says, “where there are a lot of lab facilities working on the virus at the same time. And so at any point, we have safety controls to try to keep the pathogens in the lab. But with so many people working under different conditions, different restrictions, different rules, the potential for lab release of some COVID related work is plausible. It’s something we need to consider.”

If Omicron came from a lab, there is the possibility of a nefarious or an accidental release. Further lab releases of genetically-altered versions of Covid, say some, are not only possible but likely.

One scientist tells me the features that seem to set Omicron apart from a natural virus evolution include “acquiring genetic features that didn’t exist or don’t have a precedent historically, suddenly appear in a very short timeframe” and “a change in the amount or the acquisition of change in a virus beyond what the expectation is.”

Scientists have identified no fewer than “45 point mutations that Omicron acquired since divergence from the B.1.1 lineage.” The mutations represent what some consider to be an implausibly high number of changes for natural evolution that has resulted in Omicron’s greater transmissibility.

Another suspicous feature of Omicron, according to multiple scientists, is its apparent mouse origin.

The fact is, Chinese and American scientists who had partnered up on research for years prior to the pandemic, had found it exceedingly difficult to get the bat coronavirus they were studying to infect lab mice. So the researchers were, in essence, altering lab mice to give them human cells and attributes to get them to catch a genetically-manipulated version of Covid so that they could try to invent vaccines and treatments for it.

“The original virus had difficulties establishing infections in mice, and for laboratory use we had to have ACE2 transgenic mice [also known as] humanized mice that expressed the human ACE2 receptor,” says a scientist.

In other words, experts say rodents aren’t known to naturally catch and transmit Covid-19, so if Omicron came from a mouse host, it likely happened in an experimental lab. The Chinese are reporting much the same. And although US scientists take research by communist Chinese scientists with a grain of salt, the fact that they’ve appeared to reach a similar conclusion bolsters the case.

In a scientific paper entitled: “Evidence for a mouse origin of the SARS-CoV-2 Omicron variant,” authors Changshuo Wei, Ke-Jia Shan, Weiguang Wang, Shuya Zhang, and Qing Huan say the evidence indicates (progenitor of Omicron) jumped from humans to mice, where it somehow “rapidly accumulated mutations conductive to” [quick infection], “then jumped back into humans.” “We found that the Omicron spike protein sequence was subjected to stronger positive selection than that of any reported SARS-CoV-2 variants known to evolve persistently in human hosts,” reports the analysis. “The number and frequency of mutations “was significantly different from the spectrum for viruses that evolved in human patients.”

“The molecular spectrum (i.e., the relative frequency of the twelve types of base substitutions) of mutations acquired by the progenitor of Omicron was significantly different from the spectrum for viruses that evolved in human patients, but was highly consistent with spectra associated with evolution in a mouse cellular environment.” Translated, experts say, a lab experimenting on human Covid in mice could have produced the incredibly more infectious Omicron, and it somehow made it into the general population.

“Natural origin is the least likely scenario,” says one governent scientist who is studying Omicron.

If Omicron came from a lab, it could be the second such release.

As I’ve previously reported, many scientists around the world who studied Covid-19 from the start have said they found hallmarks of man’s manipulation, pointing strongly to a lab origin.

With the Chinese uncooperative in investigations after the pandemic, and with no public accountability among or investigation of the U.S. reserachers, including Dr. Anthony Fauci, who funded with taxpayer money or participated in the research with the communist Chinese scientists, it remains unprovable as to whether Covid-19 was cooked up in the Wuhan, China research lab. The Chinese never allowed in US or other inspectors access to the lab and documentation that would have been needed to learn the truth, even though the US helped support, inspect and bolster the lab, and partnered with scientists from the lab on controvresial and dangerous gain of function research using taxpayer dollars. In the U.S., the group that watches for the possibility of a nefarious source turning an easily-accessible sample of Covid-19 into a bioweapon are the experts at the U.S. Army Medical Research Institute of Infectious Diseases (USAMRIID) at Ft. Detrick, Maryland.

Major Jeffrey Kugelman is Division Chief of Molecular Biology there. As to whether they’ve detected anything suspicious, so far, Kugelman told me, “There’s an ongoing discussion about Omicron and we don’t have enough evidence to say, but it did not follow the trajectory of the outbreak.”

“We’re still looking into why Omicron is so different,” says Kugelman, “but it is quite different than we were expecting.”