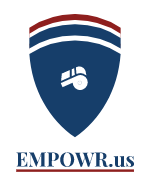 WASHINGTON — Empower Oversight is releasing a report detailing an initial tranche of 238 pages of National Institutes of Health (NIH) documents relating to the termination of public access to coronavirus genetic sequences from NIH’s Sequence Read Archive (SRA) at the request of a researcher from China’s Wuhan University in June 2020.

Since July 2021, Empower Oversight—through Freedom of Information Act (FOIA) requests and litigation in the United States District Court for the Eastern District of Virginia—has sought records related the controversy over the NIH agreeing to remove information from the SRA and its failure to respond to related questions from a group of U.S. Senators.

“Discovering the origin of COVID-19 is vital to ensuring that no pandemic like it ever happens again. Yet, shortly after it began, the NIH bowed to the wishes of researchers in Wuhan to terminate public access to genetic sequences that could shed light on how it began,” said Jason Foster, Founder and President of Empower Oversight.

In conjunction with its release of the initial tranche of 238 pages of NIH documents, Empower Oversight is publishing a report of key findings that can be gleaned from them.  These findings include:

In addition to Empower Oversight’s FOIA request and lawsuit (with an amended complaint), it has focused on the origins of the COVID-19 pandemic since last year, releasing a COVID-19 origins timeline in September 2021. In January 2022, Empower Oversight sent a letter to Missouri Attorney General Eric Schmitt regarding that state’s civil suit against China and its Community Party, along with the Wuhan Institute of Virology and the Chinese Academy of Sciences for their roles in the global pandemic.

If you have first-hand information you’d like to disclose to assist Empower Oversight with these inquiries, please contact us confidentially here.