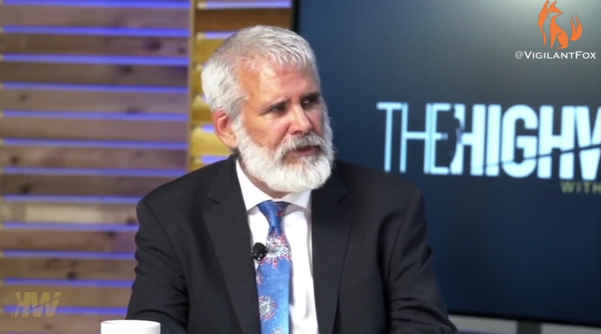 Share to the world...
Source Link: https://amgreatness.com/2022/05/17/dr-robert-malone-rotten-to-the-core-fda-knew-covid-vaccines-could-spur-viral-reactivation-but-said-nothing/
By Debra Heine

The Food and Drug Administration (FDA) was aware early on that the COVID vaccines could spur viral reactivation of diseases like the varicella-zoster virus (shingles) in some people, but chose not to disclose it, according to renowned vaccinologist and physician Dr. Robert Malone.

Malone, the original inventor of mRNA and DNA vaccination technology, explained that he had been “very actively engaged” with senior personnel at the FDA in the Office of the Commissioner when the vaccines were being rolled out. The group, he noted, included Dr. William DuMouchel, the Chief Statistical Scientist for Oracle Health Sciences.

“We were talking by Zoom on a weekly or twice a week basis,” he said, regarding the early data on what risks were associated with vaccines.

“This is the group that first discovered the signal of the cardiotoxicity, the doctor continued. “They also knew at that time—one of them actually had the adverse event early on of shingles. They knew that the viral reactivation signal—which the CDC has never acknowledged—was one of the major known adverse events.”

Malone told the panel that it was a mistake to assume that the CDC and FDA—because they stayed silent—were unaware of the risk of viral reactivation associated with the vaccines.

“They absolutely did know, and they did not acknowledge it. It’s another one of those things that is inexplicable,” he said.

Malone pointed out that there are supposed to be strict rules in place for clinical researchers developing “these types of products.”

“You have to characterize where it goes, how long it sticks around, and how much protein it makes, or what the active drug product is. None of that stuff was done very well. It wasn’t done rigorously, and there was a series of misrepresentations about what the data were,” he said. “And the thing is, the FDA let them get away with it. They did not perform their function. They’re supposed to be independent gatekeepers.”

Normally, he pointed out, the FDA pays close attention to the the process, and if there are any red flags, the research is halted.

“Many of us have been wracking our brains as you have to understand how this could possibly happen, why it’s possibly happening, and why is our regulatory apparatus, which we as physicians had all come to assume had a function that actually did the job that we could believe in and trust, and what we find out now is the whole house of cards is rotten to the core,” Malone concluded.

On May 11, the Global COVID Summit, a symposium of 17,000 other physicians and medical scientists from around the world, released its fourth declaration demanding that the state of medical emergency be lifted, scientific integrity restored, and crimes against humanity addressed.

COVID policies imposed over the past two years “are the culmination of a corrupt medical alliance of pharmaceutical, insurance, and healthcare institutions, along with the financial trusts which control them,” the signatories declare. “They have infiltrated our medical system at every level, and are protected and supported by a parallel alliance of big tech, media, academics and government agencies who profited from this orchestrated catastrophe.”

This “corrupt alliance” continues, they state,  “to advance unscientific claims by censoring data, and intimidating and firing doctors and scientists for simply publishing actual clinical results or treating their patients with proven, life-saving medicine.”

“These catastrophic decisions came at the expense of the innocent, who are forced to suffer health damage and death caused by intentionally withholding critical and time-sensitive treatments, or as a result of coerced genetic therapy injections, which are neither safe nor effective,” the signatories said.

The Centers for Disease Control and Prevention (CDC) on Friday released new data showing a total of 1,261,149 reports of adverse events following COVID-19 vaccines that were submitted between Dec. 14, 2020, and May 6, 2022, to the Vaccine Adverse Event Reporting System (VAERS).

Despite these alarming safety signals, the FDA on Tuesday approved of a booster dose of the Pfizer-BioNTech COVID-19 shot for children 5 through 11 years of age, even though research shows that the shots provide no benefit to children, and can, in fact, cause serious adverse effects and death.