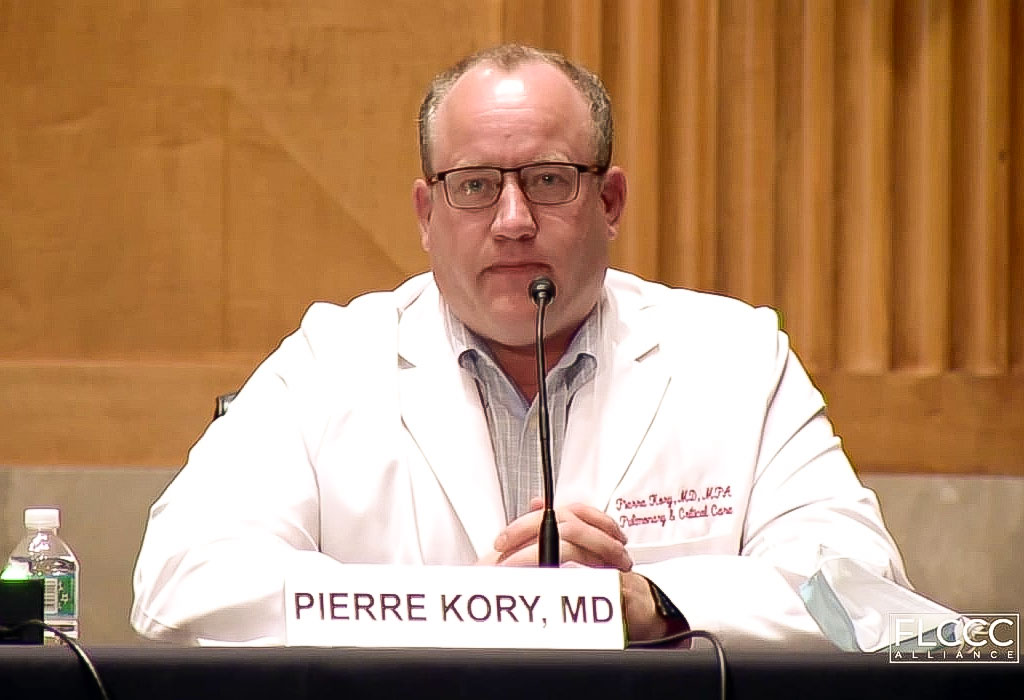 Pierre Kory is the former Chief of the Critical Care Service and Medical Director of the Trauma and Life Support Center at the University of Wisconsin. He is considered one of the world pioneers in the use of ultrasound by physicians in the diagnosis and treatment of critically ill patients. He helped develop and run the first national courses in Critical Care Ultrasonography in the U.S., and served as a Director of these courses with the American College of Chest Physicians for several years. He is also the senior editor of the most popular textbook in the field titled “Point of Care Ultrasound,” now in its 2nd edition and that has been translated into 7 languages worldwide. He has led over 100 courses nationally and internationally, teaching physicians this now-standard skill in his specialty.

Dr. Kory was also one of the U.S. pioneers in the research, development, and teaching of performing therapeutic hypothermia to treat post-cardiac arrest patients. In 2005, his hospital was the first in New York City to begin regularly treating patients with therapeutic hypothermia. He then served as an expert panel member for New York City’s Project Hypothermia, a collaborative project between the Fire Department of New York and Emergency Medical Services. This project created cooling protocols within a network of 44 regional hospitals – along with a triage and transport system that directed patients to centers of excellence in hypothermia treatment – of which his hospital was one of the first.

Known as a Master Educator, Dr. Kory has won numerous departmental and divisional teaching awards in every hospital he has worked. He has delivered hundreds of courses and invited lectures throughout his career.

In collaboration with Dr. Paul Marik, Dr. Kory pioneered the research and treatment of septic shock patients with high doses of intravenous ascorbic acid. His work was the first to identify the critical relationship between the time of initiation of therapy and survival in septic shock patients – an aspect of the therapy that led to understanding all the failed randomized controlled trials that employed delayed therapy.

Dr. Kory has led ICU’s in multiple COVID-19 hotspots throughout the pandemic. Having led his old ICU in New York City during their initial surge in May for 5 straight weeks, he then travelled to other COVID-19 hotspots to run COVID ICU’s in Greenville, South Carolina and Milwaukee, WI during their surges. He has co-authored 5 influential papers on COVID-19, with the most impactful being a paper that was the first to support the diagnosis of early COVID-19 respiratory disease as an organizing pneumonia, thus explaining the critical response of the disease to corticosteroids.