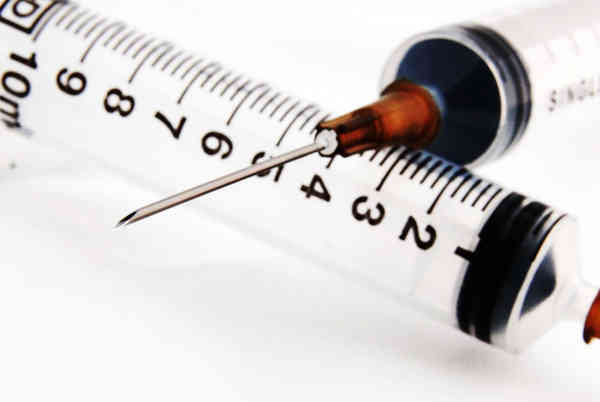 (Natural News) The Pfizer documents that the Food and Drug Administration (FDA) was forced to publish by court order revealed that the Big Pharma company knew that its COVID-19 vaccine is causing autoimmune disease and vaccine-associated enhanced disease (VAED).

But the FDA chose to ignore it.

The Pfizer vaccine uses mRNA technology, which was never authorized before December 2020 for human use – and for a reason. During animal trials for SARS and MERS viruses, it had the opposite of its intended effect and worsened the disease by inducing antibody-dependent enhancements.

Eighteen months after the injections were administrated in trials, all the animals died. Yet somehow, the vaccine was granted emergency use authorization around the world and administered to millions to protect them against a disease that statistically kills only less than 0.2 percent of those affected, the majority being the elderly, the vulnerable and those who already had existing underlying conditions.

Data revealed that all of the deaths could have been avoided if the FDA bothered to read the documents submitted by Pfizer. Instead, the FDA attempted to delay the release of the company’s vaccine safety data for 75 years, despite approving the injection after only 108 days of safety review.

Thanks to Federal Judge Mark Pitton, the FDA was forced to release 55,000 pages of the Pfizer documents every month. Nonprofit group Public Health and Medical Professionals for Transparency posted all of the released documents on its website, with the latest uploaded on June 1.

Documents in the data dump include information on important potential risks, one of which is VAED.

VAED occurs when an individual who has received a vaccine develop more severe presentations of the disease he or she was exposed to.

Disease enhancement has usually been associated with dengue virus infection and was previously observed in humans with inactivated whole-virus vaccines against the respiratory syncytial virus (RSV) and measles.

Previous animal trials of experimental vaccines against SARS-CoV-2 and MERS-CoV have also been found to induce a more serious presentation of the disease when exposed to the virus. (Related: Criminal conspiracy unraveling: Pfizer and the government concealed thousands of deaths, mass injuries caused by experimental covid jabs.)

While it can be difficult to distinguish between vaccine failure (also called a breakthrough disease) and VAED, the latter requires recognition that a clinical presentation is different, atypical, modified or more severe compared to the natural presentation of the disease.

Pfizer made sure to use this confusion between breakthrough infections to VAED to their advantage, claiming that the identified potential VAED cases are not definitive.

In an FAQ on the U.K. government website, VAED is identified as a potential risk for both Pfizer and AstraZeneca vaccines and should be kept under close review.


Real-world data showed that Pfizer is likely committing fraud, and it won’t be the first time. In 2009, the company paid $2.3 billion in a massive health care fraud settlement for “mis-promoting” the drug Neurotonin for uses that have not been approved by medical regulators and for paying kickbacks to those who had been compliant.

In the U.K., the Pfizer vaccine was granted emergency use authorization on December 8, 2020, with the first injection administered the following day. Five months later, in April 2021, the company admitted that it did not have a clue if its vaccines caused VAED and that they will know once they have more data. This means that the general public could be taking part in the largest pharmaceutical experiment ever conducted.

Pfizer also admitted that VAED is a theoretical risk associated with its experimental COVID-19 vaccine, which has been injected into hundreds of millions of people around the world since December 2020.

Follow Vaccines.news for more information about Pfizer’s documents in connection with the COVID vaccine.

Watch the video below as Pfizer confesses to FDA that it really doesn’t know how the COVID-19 vaccine works.

This video is from The Willow channel on Brighteon.com.