Skip to content
Share to the world...
Source Link: https://thecovidworld.com/dna-transcribed-from-pfizer-mrna-vaccine-contains-mutant-gp130-tumor-gene/
Posted on February 28, 2022February 28, 2022 by The COVID World

My previous post about a science article proving that the Pfizer mRNA vaccine reverse transcribes into human DNA has garnered enormous interest and lots of comments, many of which were incredible. If you did not read it yet, PLEASE READ IT FIRST before reading this article. Otherwise, you may get lost and not even realize the significance of how your loved ones’ genetic code may have been reprogrammed.

I decided to continue plodding along and see what else we can uncover, based on that “Current Issues in Molecular Biology” article:

The article contains a printout of genetic DNA code that was detected in human cell DNA materials reverse transcribed from the mRNA vaccine.

I decided to check what is actually in the code above. Is it just harmless junk or something more ominous? For that, I ran a free NCBI “BLAST” tool by copying and pasting the above genetic sequence in it. This is the same BLAST tool used by @JikkyKjj to show a Moderna “cancer patent” sequence on the most important, “furin cleavage site” of Sars-Cov-2.

Anyway, impressed with @JikkyKjj’s discovery, I decided to do the same with the DNA code that the Pfizer mRNA vaccine generates (reverse transcribes) into human cells. Turns out I was the first to enter the sequence into the NCBI BLAST tool (it took a while to analyze) and it now has a sequence ID of 1R3ZDZJY016.

And here are the results. I annotated them to make it easier for you to see what is and is not interesting: 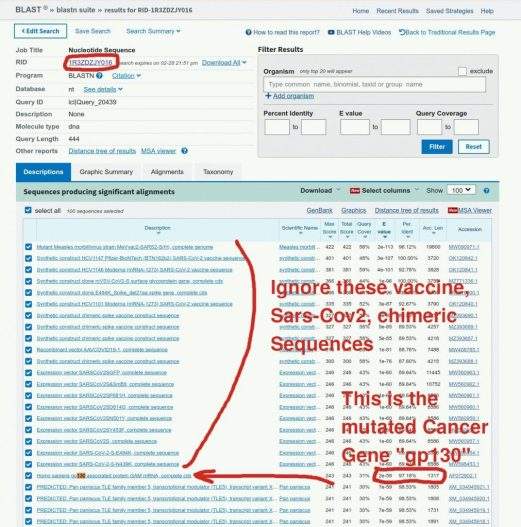 I clicked on it:

You can click on the “Gene” link to see what that gp130 gene is about: 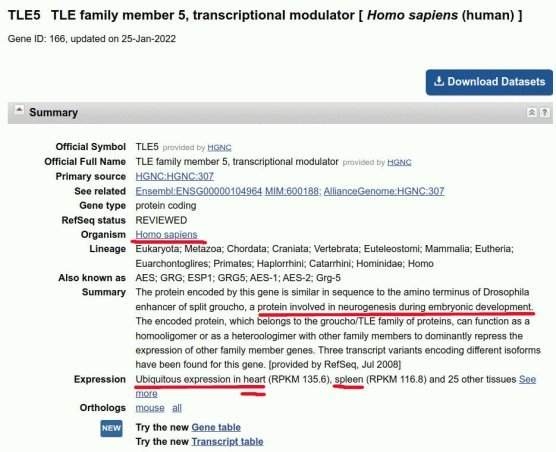 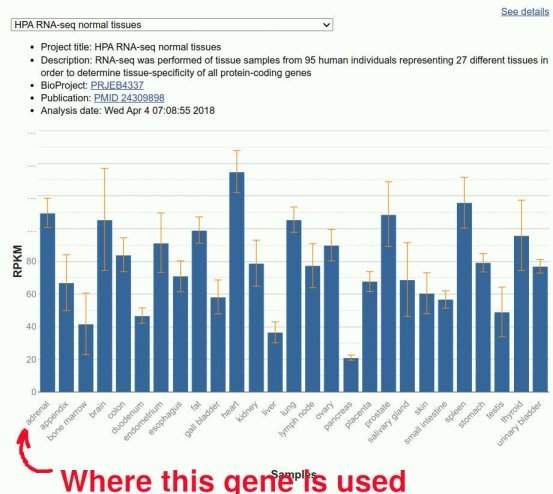 So, we have the Pfizer COVID mRNA vaccine reverse transcribe to a MUTATED gp130 gene. Remember the 97% match? The 3% non-matches, the four red dots, are the mutations of the gp130 gene.

So without looking at these specific mutations, what happens when the gp130 gene mutates in general? Nothing good comes up and you can search for it too. 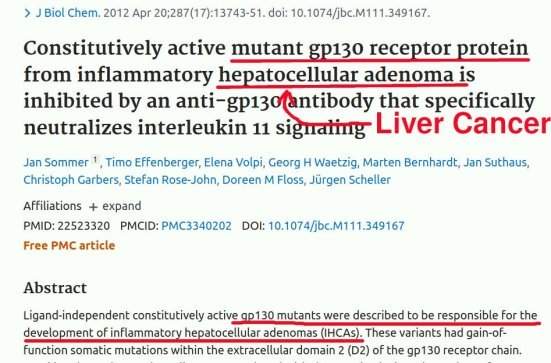 Please note that a question arises: gp130 mutations can cause liver tumors, and the entire experiment was performed on a line of immortal liver cancer cells. Could it be that the original article picked up mutated gp130 from the Huh7 liver cancer cells? If that is the case, if the DNA sequence is inherent to the Huh7 line itself, it could invalidate a lot of conclusions that the original science article, as well as my own articles, were making.

However, the authors were diligent with controls and did NOT see the questioned DNA sequence that I am looking at, in the control cells that did NOT receive the Pfizer vaccine. In addition, the published DNA sequence contained Sars-Cov-2 genes (see BLAST results), so it does come from the effect of the vaccine, not the Huh7 culture cells. 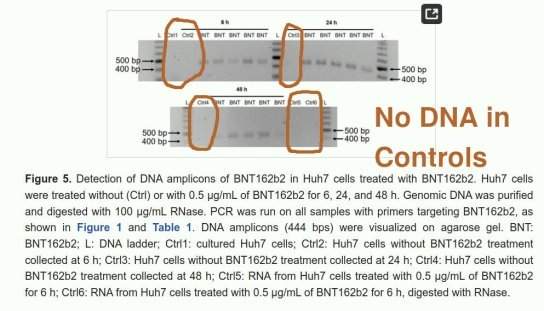 I did perform some cursory checks, to the best of my ability, and the Huh7 line contains p53 mutations, but it does not seem like it contains gp130 mutations.

While keeping my fingers crossed, the mutated gp130 gene that I found, is a genuine finding of lab research, comes from the mRNA vaccine, and not a coincidental pickup from the Huh7 cells.

I am guessing that the authors were looking at liver cells specifically because they knew where to look (that the mRNA delivery system delivers the lipid nanoparticles to the liver). Why did the authors pick liver cells? Maybe because they heard of this 4chan post from 2020 when NOTHING yet was known about the strange mRNA vaccines: 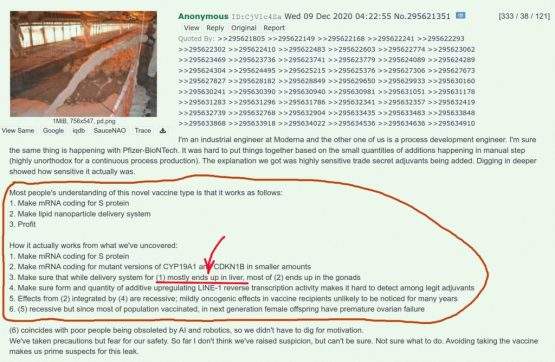 We were told it would never happen 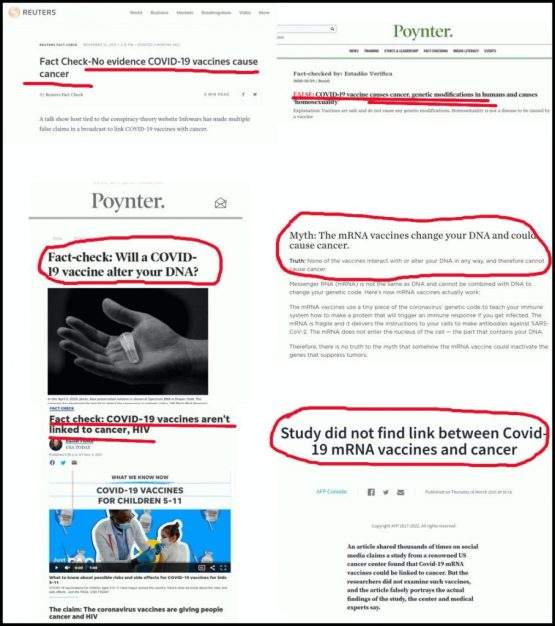 The sequence of mutated gp130 genes, found in the DNA reverse transcribed from the Pfizer COVID vaccine:
– Does not mean that it will NECESSARILY cause cancer

– Does not mean that it is even expressed as a gp130 protein, as expression of genes depends on cellular context

– The four “red dot” mutations listed, may be harmless
What it DOES mean is that we need to look at this closely.

Please repost this article in hopes that someone important will see it and authorities become concerned about the “unexpected” effects of mRNA COVID vaccines. Our children are injected with it and we deserve to know what it does to them! 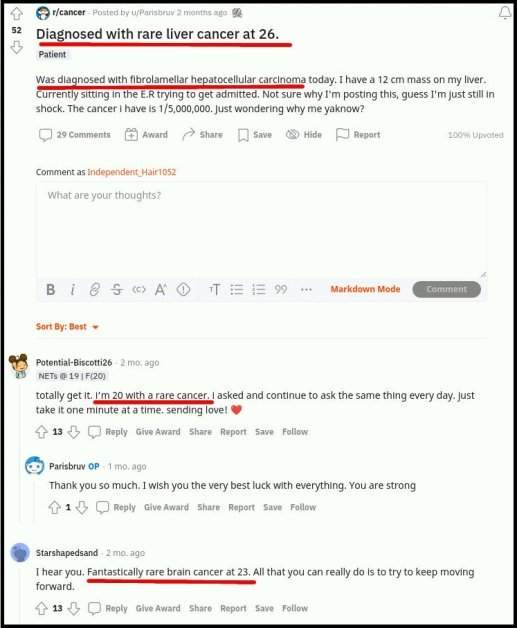 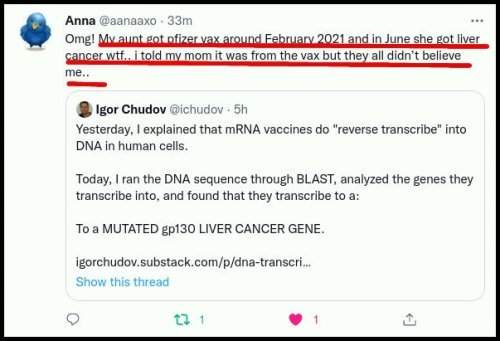 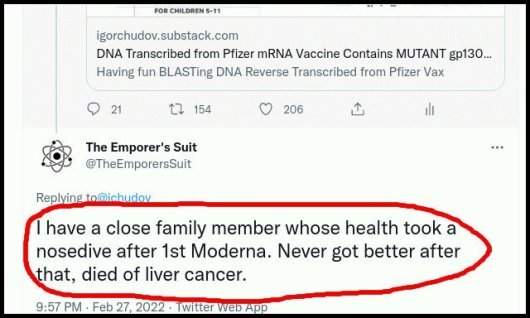