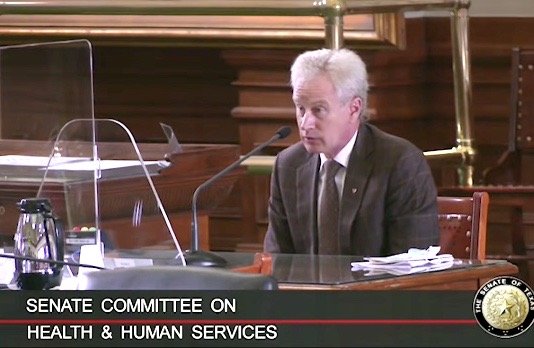 AUSTIN, Texas  (LifeSiteNews) — Dr. Peter McCullough, a prominent physician and expert on COVID-19, is being sued by Texas-based health system Baylor Scott & White (BSWH) after appearing on the Stew Peters Show to warn Americans against the COVID vaccines.

Dr. McCullough is being sued for having allegedly misrepresented himself as a spokesperson for BSWH during an interview in which he expressed his expert opinion and listed his concerns on the coronavirus vaccines. The lawsuit coincides with a decision by BSWH to mandate vaccination for all their 40,000 employees.

McCullough is in fact a prominent graduate of Baylor University and worked as a Vice Chair of Internal Medicine at Baylor University Medical Center from January 2014 until February 2021. Though he himself did not claim association with Baylor during the interview, his former title was displayed on screen during the Stew Peters show, and this resulted in the lawsuit.

Stew Peters himself has since then reacted on his program and denounced the lawsuit as being: “nothing less than an attack on Dr. McCullough’s character meant to discredit [him].”

Peters also pointed out that Dr. McCullough’s association with Baylor is public knowledge.

“As a current active member of medical staff for both Baylor University Medical Center and Baylor Heart and Vascular hospital with his office on campus, Dr. McCullough is associated on public internet platforms and groups with countless links and mentions to BSWH,” he said, adding that the Dr. McCullough is also a “prominent graduate from Baylor with an endowed scholarship in his name” and is “commonly associated as a point of pride for Baylor” who “kept him up on their website until mid-July creating a whole bunch of confusion with hundreds of media personnel.”

Peters acknowledged fault in the editing mistake which allowed BSWH to file the lawsuit: “We made an error, and as a result of our error (…), he is being sued.”

Dr. McCullough has since issued a statement to Health Freedom Fund insisting that he has “not falsely represented [himself] as a spokesperson for Baylor Scott and White nor has [he] publicly claimed past senior leadership roles at any prior institution.   With >800,000 third party internet profiles and ~16 M hits in Google, [Dr. McCullough’s] views have always been represented as [his] own and not those of any organization.”

This is not the first time that Dr. McCullough, the most published author in his field and one of America’s leading physicians on the early treatment of COVID-19, has suffered serious consequences simply for expressing his expert view on the response to COVID-19. In 2020 a video he published on YouTube discussing early treatment for the disease was censored for “violating the terms of the YouTube community.”

In a recent address to Texas Senate Health and Human Service Committee, McCullough condemned this censorship, which he deemed a “near total block of information” about a treatment that could have reduced COVID-19 fatalities by 85%.

McCullough was already then expressing skepticism over the COVID vaccine, stating that, “given an 80% level of herd immunity, broad vaccination has no scientific, clinical, or safety rationale.”

This new lawsuit appears to be yet another way to censor and discredit one of the few physicians who dares to contradict the mainstream media narrative on COVID vaccines. The real motive of the lawsuit appears even more evident as it coincides with the imposition of a vaccine mandate on BSWH’s employees.

“They announced the lawsuit on the day they announced the ill-advised COVID-19 mandatory vaccination program for their 40,000 employees, many of whom do not want this shot,” Stew Peters stated.

Peters ended his reaction video by stressing that this lawsuit and the constant censuring and persecuting of prominent scientists such as Dr. Peter McCullough could, in addition to being an attack on free speech, have serious consequences on public health

“Free speech and scientific discourse are the bedrock of progress in medicine, and Baylor Scott & White’s ill-advised lawsuit is an attack on civil liberties with serious implications on public health and policy far beyond a lawsuit,” the podcast host said.

— Article continues below Petition —
PETITION: No to mandatory vaccination for the coronavirus
1057400 have signed the petition.
Let’s get to 1100000!
Add your signature:
Show Petition Text

Since the lawsuit was announced, a number of doctors’ organizations have expressed their support for Dr. Peter McCullough.

“We encourage people to go to our website and sign up for email notices and donate to help ALL the doctors and others facing such attacks! Donations to the foundation are tax deductible.”